Photo Exhibition Interview: Silt of Each Other 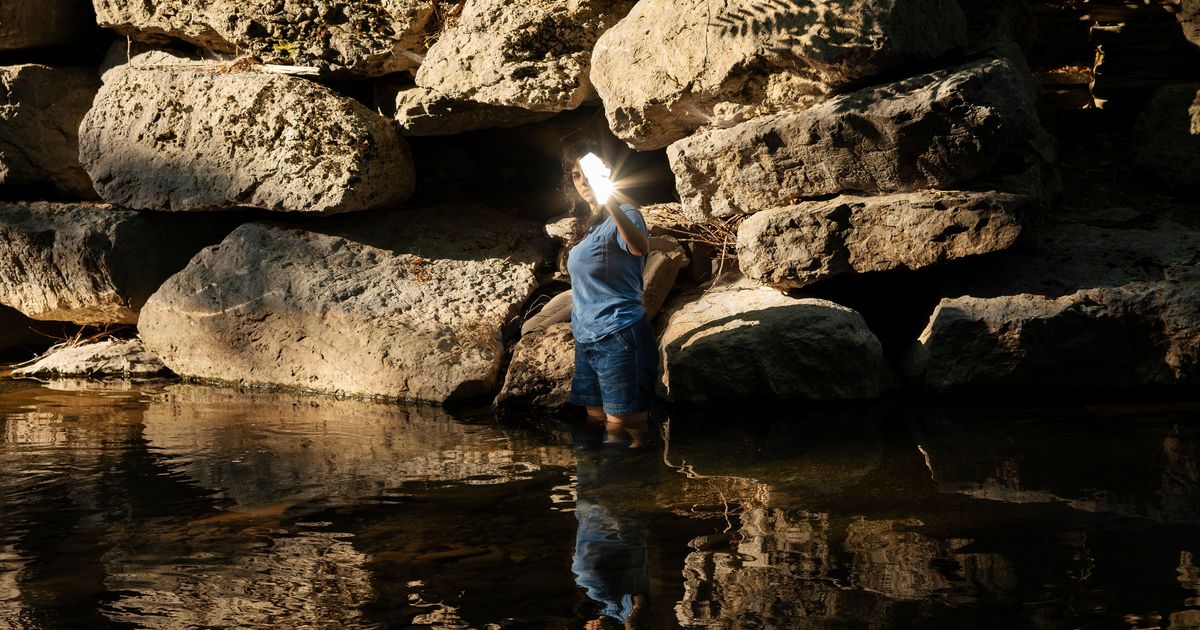 In her 2019 book Silt: Prose Poems, Puerto Rican Jewish poet Aurora Levins Morales considers nature and its roads and who owns them. She draws inspiration from the story of a congressman who argued in the late 1890s that Cuba was made of silt washed from the mouth of the Mississippi River, making it American soil. That gritty imperialism prompted Morales to do “poetic research,” to trace the remains exchanged between the river and the Caribbean Sea. “What are we but the scum of each other?” she asks in the book’s foreword. “Every molecule of oxygen we inhale has been breathed in by every other set of human lungs a billion times before, crossed the panting tongues of dogs and leopards and tiny jeweled snakes, fueled the tiny hearts of hummingbirds and the great hearts of gorillas, past in and out of clouds and rain and waterfalls, rising from the oceans into the planetary sky. Whose does it belong?”

Her words inspired photographers Genesis Báez and Jennifer Calivas’ two-person exhibit at Justine Kurland Studio, “Silt of each Other,” on view through January 22. The work furthers Morales’ exploration of fluidity and belonging through the static lens of a camera. Bodies are sucked into the sediment in Calivas’s black-and-white portrait and pictograms; in Báez’s digital color shots, they are scattered across the Puerto Rican diaspora, held together and apart by oceans and wires. The two artists have been friends for more than a decade—they met at the Vermont Studio Center, and later pursued their MFAs together at Yale. This exhibition comes out of years of conversations about the play, practice and pleasure of picture-making, to prioritize not only what is seen, but also what is felt: the sway of mud and sand; joy and intuition.

Like silt exchanged between bodies of water, the two learned from each other, give and take. “We were kind of drawn to each other as people quickly, just got along very well energetically,” says Calivas, sitting next to a denim-clad Báez in the intimate Dumbo gallery. “Genesis worked in a way I wasn’t used to seeing. She did all this weird stuff. She had a glass flask of water that she pushed around her studio.” (The water would eventually become a photograph of Báez and her mother lifting the pitcher together, a mother-daughter ritual that would inspire later works.) “I didn’t really think that much about the process of making things .” Báez, in turn, learned from Calivas: “I remember being just like, Oh my God, this person really listens to their gut,” she says, recalling a hike where Calivas shared her idea to make a video of someone rolling down a flower-patterned hill. “I remember Jenny saying: ‘I don’t know what it means yet, but I just have the feeling that this is what I have to do,'” says Báez. “It resonated with me.”

Báez’s “Silt” pictures are staged scenes of ritual and community that both bridge and emphasize the distance created by diasporic separation, and often include glimpses of her body and that of women in her family. Broken mirror shards reflect oceans—for Báez, symbols of both division and connection—and break mothers. In farewell, Báez and her mother braid each other’s hair; their black silhouettes cast a shadow that freezes the gesture in time. In Cruising time, her mother sits on a teal couch and holds up a gold thread, while the photographer’s shadow holds up the other side. The photographs began as part of Báez’s personal search for belonging. Born in Massachusetts to parents who immigrated from Puerto Rico in the 80s, she spent her life in the liminal space between the two places as she reckoned with the island’s colonial territory status. What does it mean to be from a place that “doesn’t exist”, she wonders? In recent years, after hurricanes caused a mass exodus from the island, Báez began to re-examine her feelings of placelessness and understood that her photographs might be more about disruption than they should be. Perhaps the latter is impossible. “I make the place, I am the place. I can belong in other ways,” says Báez.

If Báez is looking for a place, Calivas is looking for a body. The first time the photographer buried herself for a self-portrait, on the Maine coastline she used to wander as a child, she did it out of intuition, out of love for the natural world and her desire to be so close to it. be as possible. “I like to look at the ground,” says Calivas, who made her somatic earthworks by setting up large-format cameras in a well-lit spot before digging a body-shaped hole and calling in others to cover her until she could not move. everything, except for the hand that pressed the camera shutter. The final images playfully evoke Ana Mendieta’s Silueta series. It can be claustrophobic under the sediment, and Calivas sometimes meditates through it. Then she swims off the sand. “It’s my favorite thing to do in the world,” she says. “Being in this landscape and then that, is really a ritual. It’s this intense process, then wash off with water and pack away very carefully.”

Finding pleasure in the landscapes is also an act of recycling: When Calivas was 16, she fell asleep reading a book on the shoreline and woke up to a man staring at her and masturbating. Trauma is only one of many components of the work, but she examines the power dynamics of the incident through the camera; every time she captures a scene, she gives birth to a new and unpredictable body shape, one free of unwanted desire, with the space to be strange, funny, uncomfortable, or even no body at all – rather just an affirmation or extension of the earth that the artist loves. “Doing it over and over was almost like, Yes, I can be here,” she said. Báez nodded. “Like some kind of repair.”

Selections from the series Body Mirrors, 2022.

A selection of works in “Silt of each other.” Genesis Baez, Jenny Calivas

Art Deco Interior Design: Everything You Need to Know