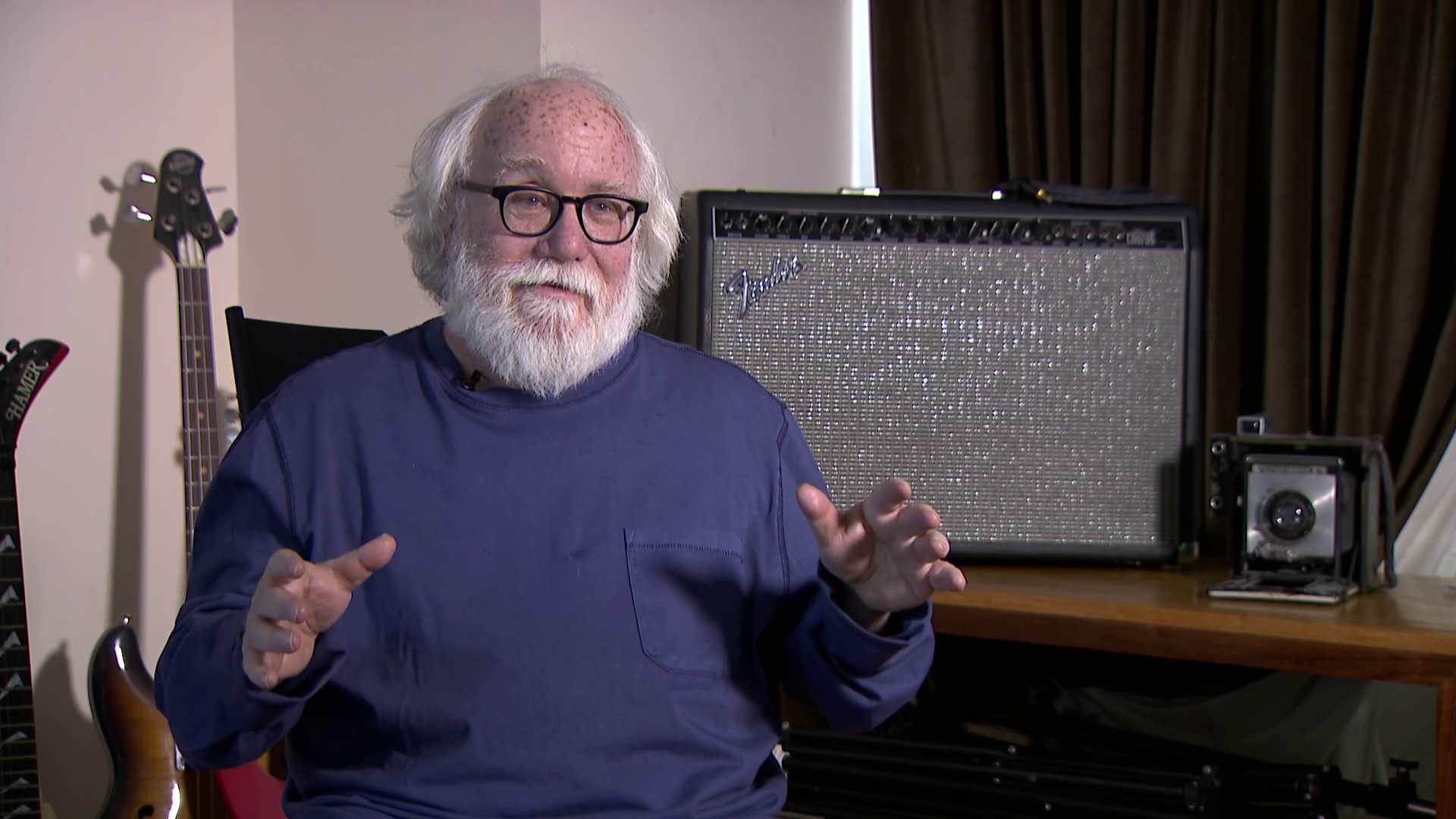 Whether you’re touring with the Rolling Stones or photographing Ella Fitzgerald here at WTTW, photographer Paul Natkin has captured many an unforgettable image of musical giants.

Rock, reggae, jazz, folk, R&B – he captured it all. Producer Marc Vitali caught up with Natkin, and he shared stories and pictures worth many thousands of words.

“When I started, I made this conscious decision from the start that I wasn’t just going to shoot the bands I like and the music I like. If I was going to do it, I would have been taking pictures of John Prine and Steve Goodman all day, but I thought I had to be well-rounded and I had to shoot everything,” Natkin said. “So I made friends with the promoters and I went to a concert every night. One night I’d go to a thrash metal concert and the next night I’d go shoot Rodney Dangerfield.”

WTTW caught up with Natkin in his home studio and combed through nearly 50 years of archives. Some work ended up on magazine covers – other images fill the first book dedicated to his photography.

“I like to shoot anybody putting on a show, anybody jumping around, even if I don’t like them as people – which I do like most of the people I photograph – but I’ll shoot the Rolling Stones anytime if they are in town,” he said. “Buddy Guy I worked with for over 40 years.”

In 1983 he took one of his most recognized photographs.

“I took a picture of Ozzy Osbourne and Randy Rhodes in 1983,” Natkin said. “People tell me it’s the most famous heavy metal picture ever taken.”

That image even ended up on a limited edition snowboard.

“These guys are not like aliens,” he said. “They’re normal people who just have some kind of talent that drives them to a stage, and they also like to have fun.”

VIDEO: Photographer Paul Natkin toured with the Rolling Stones in the late 80s and early 90s. Here he tells the story of playing pool with Keith Richard and other famous friends.

Even with exceptional access, some photos are hard to come by – including one particular photo of Miles Davis.

“He played the whole show with his back to the audience,” Natkin recalled. “And I knelt on the hardwood floor at Park West and stayed for two hours until he turned to leave and waved to the audience, and I took one picture.”

The music industry has changed drastically in the nearly 50 years he has been on the job.

“I don’t shoot much anymore. 10 years ago I was shooting 200 bands in a year,” he said. “The year before the pandemic, I shot eight. And that’s because bands and managers and publicists don’t want to be photographed anymore. They want their friends to take pictures with their iPhones. And they all have the same answer when I ask them why – they say ‘Because you’re making too much money out of us’.”

Natkin said this is very much a misconception.

“If they ever looked at my sales report from the agency that represents me, they would just start laughing because more than half of the photos they license from me are my part of the sale under $2, but they only look at me with all my expensive equipment and think ‘This guy must be making a fortune,'” he said. “So they limit how much I can shoot, they limit where I can shoot from, and they limit who I can sell the photos to .”

And as Natkin celebrates his book release, he’s not sure where his archive of music history will end up.

“I haven’t quite figured it out yet,” he said. “They’ll probably go to a museum somewhere or an art department in a college. Who knows?”

The book, “Natkin: The Moment of Truth,” features more music industry stories — including the time he shot pool with the Rolling Stones and photographed Prince at 26.st birthday. You can also see more of his photos.

VIDEO: Paul Natkin’s big break came in June 1984 when he was invited to photograph Prince’s 26st birthday in Minneapolis. Here he tells how that assignment turned into work photographing Bruce Springsteen and the Jacksons.