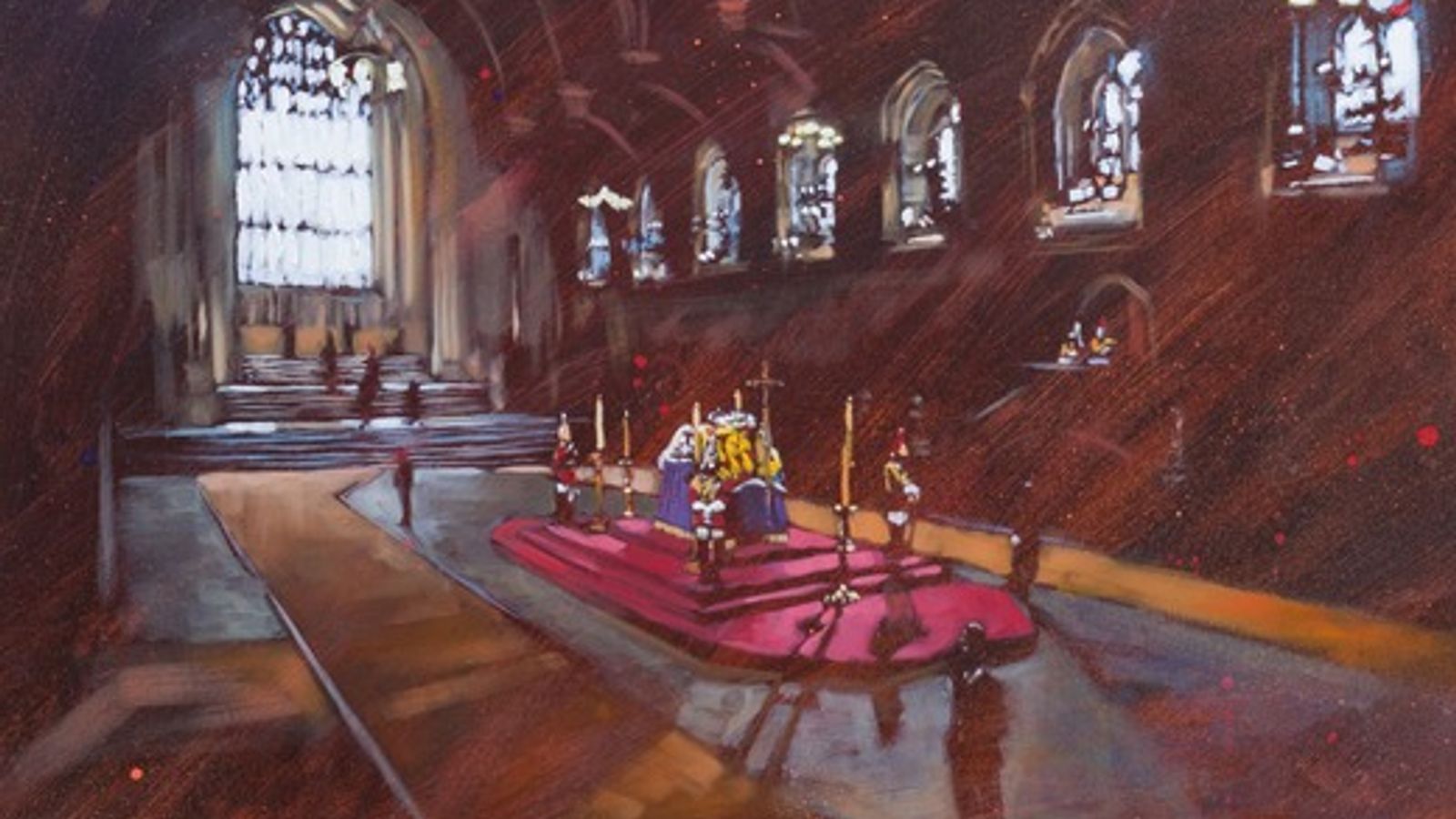 The Queen’s last artist-in-residence said her “greatest sadness” was the fact that she never got to see his paintings.

Freddy Paske was appointed by the queen to paint her Platinum Jubilee.

She personally approved the roll of honor after looking through examples of his artwork.

What captured her imagination remains a mystery, and Mr Paske said her equerry simply told him: “She enjoyed the job.”

Perhaps it was their shared love of horses and the military. Mr. Paske learned to drive as a child and served with the Light Dragoons.

“I’m known for my color and movement so I hope she enjoyed that colour, and the contemporary take on a very traditional subject,” said Mr Paske.

He worked on the collection in the months leading up to the jubilee weekend, sketching the Household Cavalry, the King’s Troop, Royal Horse Artillery, as well as the Royal Mews.

Mr Paske said it was a daunting task: “I couldn’t tell you how much pressure I was under. I knew she was incredibly knowledgeable about her horses and I knew I had to get it done.”

Thousands lined the streets of central London to watch the military parade.

Mr Paske said he wanted his works to capture the moment and recreate the day on canvas: “I wanted people to get an impression and a feeling of that wonderful time, whether you were in the crowd or at the parade participate.”

After the death of the queen, Mr Paske was asked to paint two more pictures, one of the funeral procession and another of those lying in state.

“I wanted to capture this large building, and not necessarily just focus on the casket and those standing around it, but the aura, this sense of reverence as everyone passes,” Mr Paske said.

The Queen died before Mr. Having completed the jubilee collection.

It remains his biggest regret that she never saw the art she commissioned: “It’s one of the saddest things that stayed with me, she set the wheels in motion for this amazing project and lit the fire and she never saw the end result.”

His paintings exhibited and quickly sold out, bought by collectors around the world.

It was the biggest role of Mr Paske’s career, and one he will never forget: “I just hope I did her justice. Only she will know.”

The artist ‘most likely to change the world’? Tomás Saraceno on making art from dust, webs and pollution | Art