A rare Franz Marc painting, sold to German-American film director William Dieterle in 1940 and not destroyed by the Nazis, will be auctioned for £ 35 million after being returned to the family of the original owner. ..

The oil painting, named “The Fox,” was created in 1913 by the expressionist painter Franz Marc. Franz Marc is considered by many to be the father of modernism and is primarily known for his brightly colored animal paintings.

Mark’s painting, which died in 1916 at the age of 36, was purchased by Jewish investment banker Kurt Grawi and his wife Els in 1928, and was smuggled into the United States after fleeing Germany in 1939.

Grawi then sold the painting to German-American film director William Dieterle, raising funds in 1940 to ensure family survival and migration to New York.

Mark was labeled as degenerated by the Nazis If it remains in Germany as part of the oppression of contemporary art in the 1930s, it means that the work is likely to have been destroyed.

It will currently be the centerpiece of the evening sale on March 1st in Christie’s, London. This sale will showcase other notable works of the 20th and 21st centuries.

The oil painting, named “The Fox,” was created in 1913 by the expressionist painter Franz Marc. Franz Marc is considered by many to be the father of modernism and is primarily known for his brightly colored animal paintings. 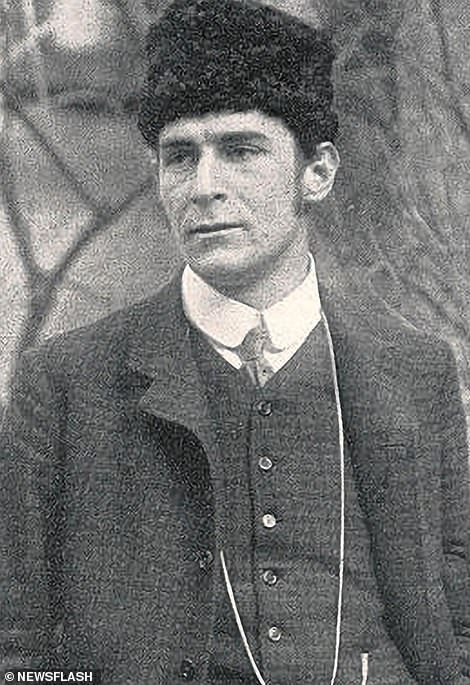 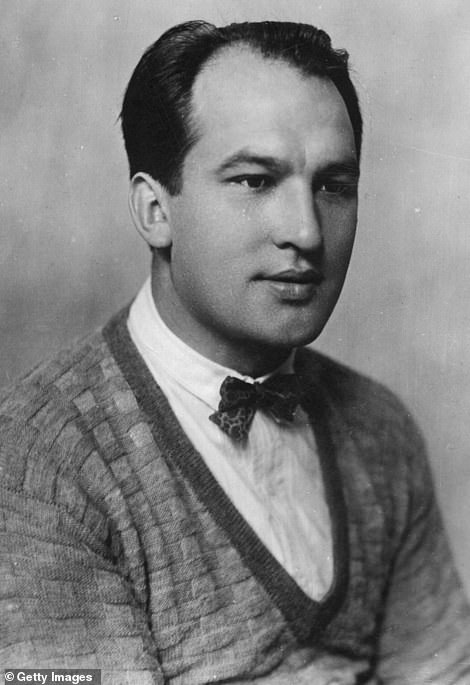 The painting of Mark (left), who died in 1916 at the age of 36, was purchased by Jewish investment banker Kurt Grawi and his wife Els in 1928, and was smuggled into the United States after fleeing Germany in 1939. German-American film director William Dieterle (right) to raise funds to ensure the survival of his family and migration to New York in 1940. 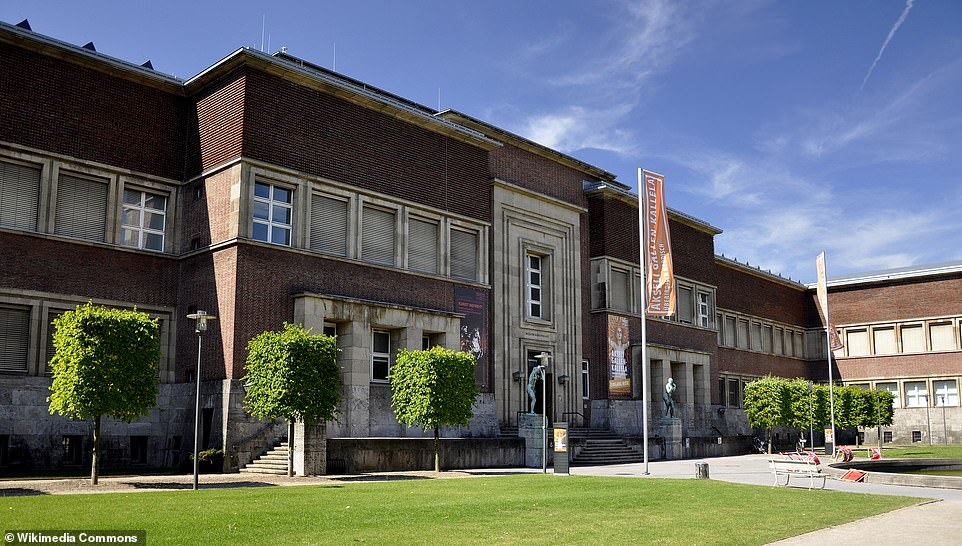 After years of hesitation and delay, the German advisory board on Nazi predatory art requested the Museum Kunstpalast in Düsseldorf (pictured) to return the painting to Grawi’s heirs in January 2022. did.

Other highlights of the auction include David Hockney’s painting “David Graves in a Harlequin Shirt,” which is expected to sell up to £ 5 million and is called Lucian Freud’s “Girl with Closed Eyes.” The name artwork is estimated at £ 10 million.

Twenty years after being smuggled from Nazi Germany, after being acquired by German businessman Helmut Horten in the 1960s, the “fox” was donated to the Düsseldorf City Art Collection.

The Nazis adopted the term “degenerate art” in the 1920s to blame contemporary art, and during Hitler’s reign, many of the works of internationally renowned artists were removed from the National Museum and banned.

Those identified as decadent artists were subject to sanctions such as dismissal from the teaching profession, a ban on the exhibition or sale of art, and in some cases a ban on the production of art.

The Nazis began plundering works of art as part of the systematic plunder of European countries during the Third Reich.

It began with the seizure of German Jewish property by the army known as Kunstschutz, the German word for the principle of preserving cultural heritage and works of art until the end of World War II, especially during armed conflict.

Gold, silver and currency were stolen along with very important cultural assets such as paintings, pottery, books and religious goods.

Many of these items were recovered on behalf of the Allies shortly after the war by agents of the Monument, Art and Archive Program (also known as the Men of the Monument).

But hundreds are still missing, as ongoing international efforts are trying to reunite the item with legitimate owners, their families, or their respective countries.

After years of hesitation and delay, the German Advisory Board on Nazi predatory art requested the Museum Kunstpalast in Düsseldorf to return the painting to Grawi’s heirs in January 2022.

If the owner gave up the work when the Nazis hijacked the country, the work was usually considered to have been coerced and sold, but because the fox was sold in the United States, which had never been occupied by the Axis powers. A gray area is displayed.

However A panel of experts in Düsseldorf discovered that: [sale] The situation in Grawi is so closely linked to the persecution of Jews in Germany that it “becomes secondary,” Art News reports.

But just a few weeks after owning it, Grawis decided to auction the artwork.

“Fox” encapsulates everything we feel is inspiring about Mark’s work. It has dynamism, sensational colors, incredible balance, and spirituality in its noble subject matter, and draws the viewer completely into the painting.

“Apart from unquestionable beauty, it’s a work with an extraordinary history of both ownership and exhibitions, and has been featured in so many important avant-garde shows over the last 100 years.

“It is a great honor for Christie’s to be commissioned by the Grawi family to sell such paintings of art history. Mark, along with Vasily Kandinsky, was a pioneer in the early 20th century European avant-garde. And challenged and completely overturned many of the accepted proclamations of classical painting.

Keith Gil, Head of Impressionism and Contemporary Art at Christys London, said: It truly defines modernism in the 20th century.

Gil added: ‘Paintings with this pedigree, date and quality mark have not appeared on the public market for over 50 years. We are pleased to offer our colleagues and clients this iconic painting, which will be toured internationally for the first time in over 20 years. “