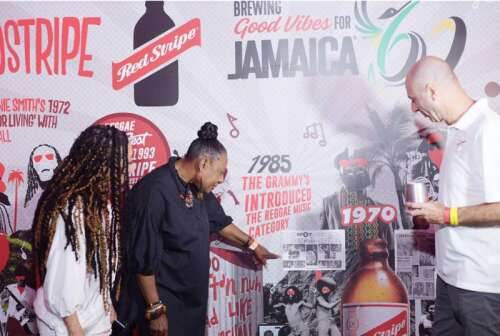 THE Jamaica 60 celebrations are an opportunity to reflect on how far we have come as a nation and the heights we aspire to in our reach for greatness. For Red Stripe, with a history dating back to before Independence, this is an opportunity to celebrate our vibrant music industry.

“For an island of less than 3,000,000 people, we should be immensely proud of the role we have played in creating genres of music that have inspired the rest of the world. From ska to rocksteady to reggae and dancehall, we’ve given the world the richness of our culture, and Red Stripe has been there every step of the way,” said Sean Wallace, head of commerce at Red Stripe.

The brand chronicled the progression of Jamaican music with its first EP titled Travel with Stripe, produced by Grammy-winning musician Pablo Stennett to celebrate the 100th anniversary of Desnoes & Geddes in 2018. But Red Stripe’s support of local music began decades earlier. The brand is responsible for Jamaica’s first sponsored mixtape in 1963, an LP called Let’s have a Red Stripe Party. The mixtape contained 12 exciting songs in the genres of jazz, reggae, folk and country music. It featured four Jamaican bands, namely Byron Lee and the Dragonaires, Carlos Malcolm and His Afro-Jamaican Rhythms, The Caribs, and Kes Chin and The Souvenirs. Several other music events were sponsored by the brand that year.

Understanding the importance of building the country of its birth, Red Stripe has consistently rallied around Jamaican talent. For its first full-length television commercial in 1972, the company collaborated with respected Jamaican composer, lyricist and singer, the late Ernie Smith, who wrote the popular single for the campaign. Life is just to live. Prior to filming the commercial, Red Stripe sponsored Smith’s participation in the World Popular Song Festival hosted by the Yamaha Foundation in Tokyo, Japan. There he performed Life is just to live and won a draw. Smith became the first Jamaican musician to ever win an International Music Award. In 2016, Red Stripe did a remake of the song with Ernie Smith, Wayne Marshall and Mystic Davis.

The brand was also one of the first to sponsor ‘Reggae Sunsplash’, the biggest reggae festival in the world, for 20 years starting in 1978. It was at Sunsplash that reggae icon Bob Marley performed for the last time in public in Jamaica at the 1979 performance at Jarret Park in Montego Bay. When Reggae Sumfest was launched in 1993, Red Stripe understood the vision of taking Jamaica to even greater heights and became a major sponsor of the event. Today, Reggae Sumfest has grown into the world’s largest reggae festival, with Red Stripe as the longest running sponsor.

Held in Montego Bay from July 18 to 23, Reggae Sumfest 2022 provided the golden opportunity for Red Stripe to creatively showcase his contributions to music through historic wall art mounted in his Vibes Lounge. Reflecting on the brand’s support of Jamaican music, Brand Manager Nathan Nelms shared, “Red Stripe has had decades of pride and passion in embracing Jamaican culture through music. We are not only pleased to showcase our exceptionally talented to support, but we find great satisfaction in promoting events that bring people together. It is doubly rewarding that many of these cases have turned out to be iconic moments in our history.”

Other notable mentions of Red Stripe’s involvement in music include the commissioning of a documentary film about Jamaican music in 1979 called Sounds of an era; Red Stripe’s launch of the Jamaica Music Industry (JAMI) Awards with the Jamaica Broadcasting Corporation in 1986; and starting a UK campaign in 2007 to support new music by sponsoring events such as The Camden Crawl and Great Escape Festival.

“We continue to champion music and Red Stripe. For Jamaica 60 we collaborated with dancehall recording artist Busy Signal to create the very patriotic Big Up Jamaicawhich is at the center of our campaign to promote the pride of our people as we celebrate our Diamond Jubilee,” added Nelms. 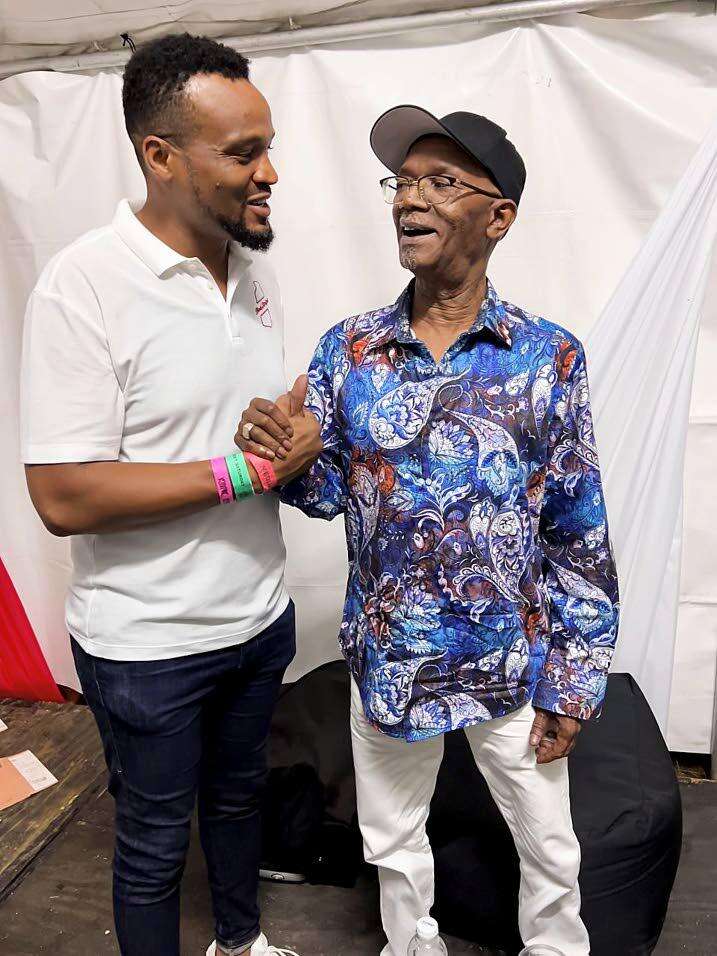