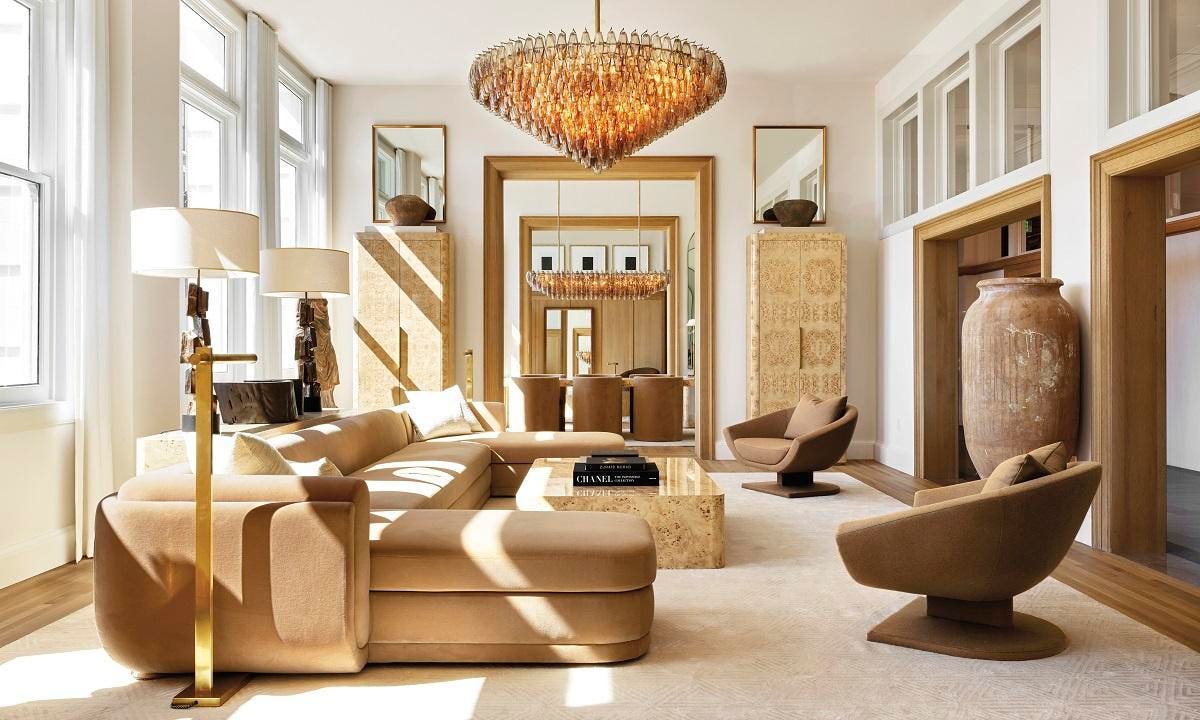 Initially, RH CEO Gary Friedman was in a sober mood to deliver a sober message in the company’s most recent third quarter 2022 earnings report.

While he expects to end fiscal 2022 with revenues of between 3.5% to 4.5%, Friedman expects things to get worse before they get better.

“As noted in our previous shareholder letter, we expect our business trends to continue to deteriorate due to accelerated weakness in the housing market over the next several quarters and possibly longer due to the Federal Reserve’s anticipated monetary policy,” he said.

And he added: “We expect the next few quarters to be a short-term challenge as we weather the extraordinary growth of the COVID-driven spending shift and lose less valuable market share.”

Also on the company’s plate is the launch of a new Gallery design concept, which will rebuild its current galleries and open in the UK during spring/summer 2023. To its credit, the company is sitting on a $2.1 billion cash war chest to keep moving forward. .

Then Friedman’s mood brightened as he announced three major steps toward the company’s ultimate goal of “scaling taste” in the style and design of the luxury home furnishings market.

RH acquired to-the-trade bespoke upholstery company Dmitry & Co to launch RH Couture Upholstery and Jeup, a to-the-trade bespoke furniture company, to create RH Bespoke Furniture. Both companies’ founders will remain with RH so that it benefits from their insider knowledge of the interior design industry and the high net worth individuals (HNWI) it serves.

And in another bold move, Friedman announced that he was hiring Margaret Russell, former editor-in-chief of Architectural Digest and Elle Decor, at the head of RH Media. This editorial content platform will ultimately shape the taste in luxury home decor that RH will deliver.

In this RH Media initiative, RH takes influencer marketing to the next level and gives the company authority at the top level of design. His platform will “celebrate the most innovative people and ideas shaping the world of architecture and design,” Friedman described.

From his perspective as founder of The Home Trust International, which compiles the most exclusive resources in high-end design, Christopher P. Ramey said: “Both firms, not to mention Margaret Russell, are highly regarded in the trade . world. These moves will strike at the heart of the isolated-to-the-trade category.”

Separate from that market is, as Friedman described, “We’re also going to create a market because that product is not accessible at that level of the market. You can’t go into those showrooms. The goods are not priced. You’re kind of blind and you have to go through a middleman to have that quality and that design.”

Taken together, RH will disrupt the estimated $121 billion to-the-trade interior design market, a market it has so far been nipping at the heels of.

“We’re not just going to a market and how big is the revenue opportunity there,” Friedman said. “It’s going to be a big opening. We think we will grow the market. We think it would be a huge, huge plus for our brand to get us into those clients’ head rooms. I think today we mostly play in the family room, the second bedroom.”

Describing the company’s moves to position RH for the future, not the next two, three, even five or so quarters, he said, “We’re trying to look ahead and say, what’s the best way to play this, where we come out and are positioned for the next five to ten years and what are the decisions we make today that help us more in the long term [to] makes a big, big difference.”

To answer this, he confirmed: “Today’s announcements, plus our previous acquisition of Waterworks, plant four RH flags firmly at the very top of the luxury mountain and clearly state our intention to position RH as an arbiter of taste and design to establish These brands and businesses will fundamentally change the landscape of the luxury home furnishings market and the to-the-trade design industry.”

Ramey was at the San Francisco Design Center the day after RH broke this news, and the people there were in a frenzy. It wasn’t the first time RH set back the aftermarket industry, but over time they found a way to live with RH because the quality and design they saw there was not up to their standards do not.

“This is how Friedman will reduce any questions about quality and take a disproportionate share of the luxury furniture category,” claims Ramey. “The acquisitions further legitimize Friedman’s commitment to investors, designers and HNWIs to ‘climb the luxury mountain’.”