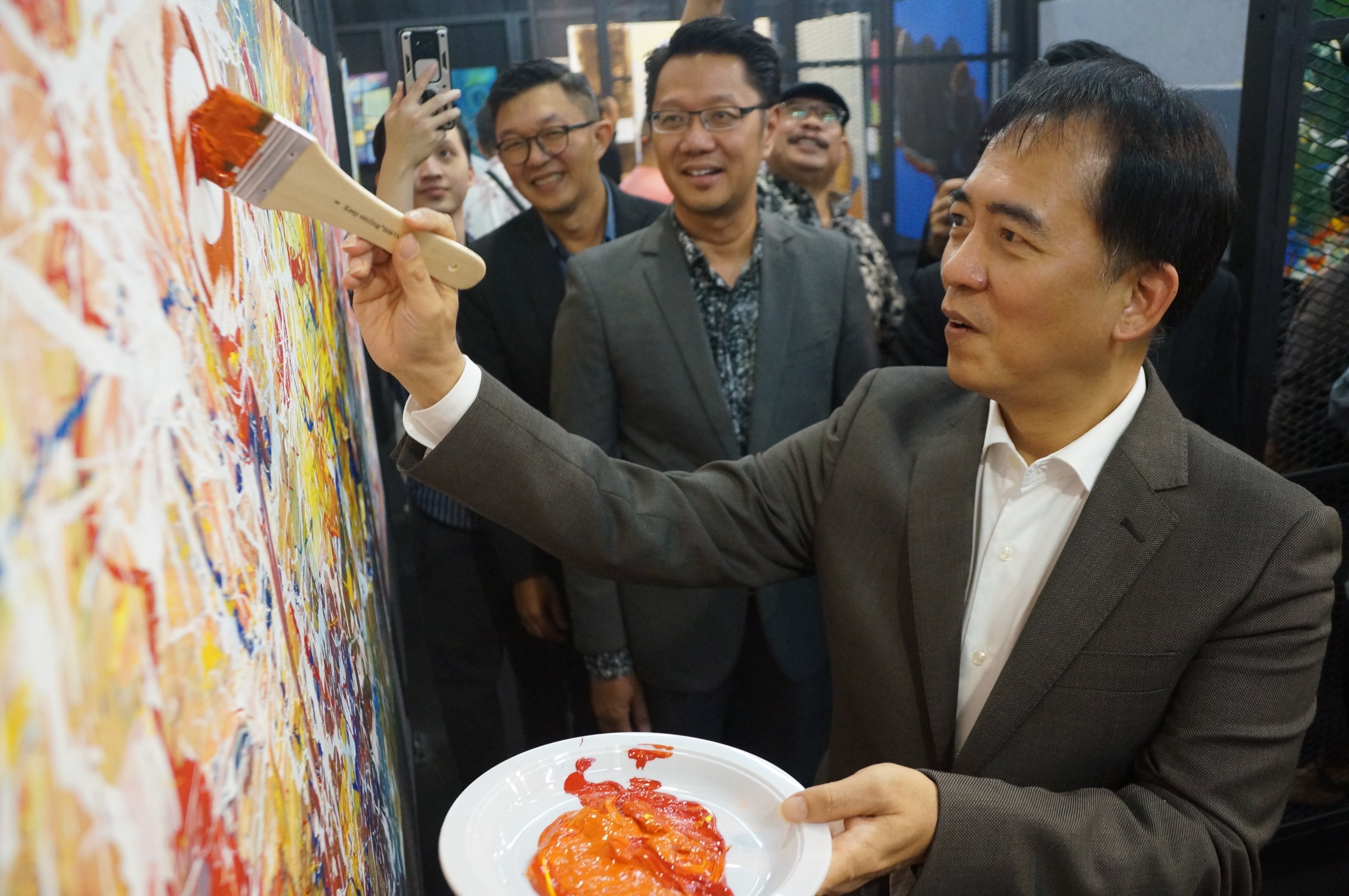 Hii paints on a canvas as a symbolic gesture to curate the art show.

KUCHING (Dec 10): An art show believed to be the biggest of its kind at La Promenade Mall here ended on a high note on Friday.

The successful event was organized by the Sarawak Artists Association (SAS) in conjunction with its first Sarawak International Art Camp (SIAC) 2022, which took place from December 5-9.

Permanent Secretary of the Ministry of Tourism, Creative Industry and Performing Arts Datu Hii Chang Kee officiated at the event.

The art show, which was funded by the ministry, was organized to celebrate SAS’s 37th anniversary of their Annual Art Show, SAS said in a statement today.

Meanwhile, an art exhibition titled ‘Unthemed’, which includes outcomes of the art camp as well as artworks by 44 SAS artists, will take place until early next year. 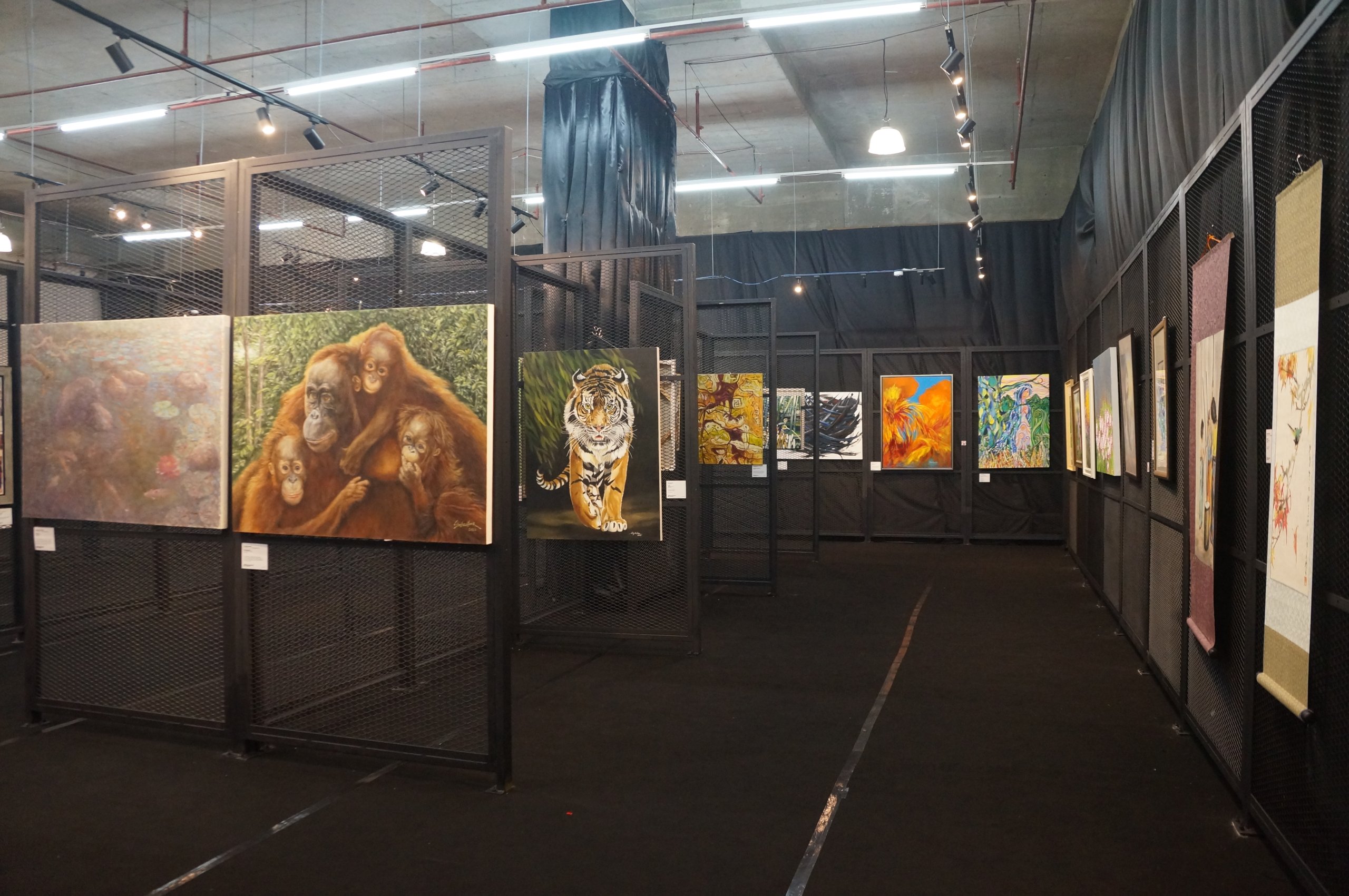 “Twenty-five artists from Thailand, Vietnam, the Philippines, Indonesia, Singapore, Germany, Sabah, Sibu, SArikei and Kuching translated their experiences and inspiration into more than 30 paintings during their two-day stay at Annah Rais.

“The curators of this exhibition believe the paintings in the art camp are rich in meaning about Sarawak’s life and culture, especially the influence of Annah Rais’ environment,” the association said.

It added that the paintings produced by the artists used composition, techniques, skills and styles to imbue the details with meaning, ideas and values ​​that underpin Sarawak culture.

The other 44 artists from SAS were given the greatest scope for creativity without any boundaries or theme.

As SAS is a prestigious art society that has existed since 1985 and has several generations of members coming from different art styles, schools of thought and races, the whole show featured a melting pot of expressions.

“Some of the pieces are also available for the first time as NFT (non-fungible tokens) – a personal initiative taken by the artists themselves to venture into NFT Art,” said SAS.

SAS hopes such an art show can create more awareness of art appreciation among the public and local businesses.

Members of the public can visit the art exhibition from 10 December to 8 January 2023 at Level 1 (opposite Zoro) of La Promenade Mall.