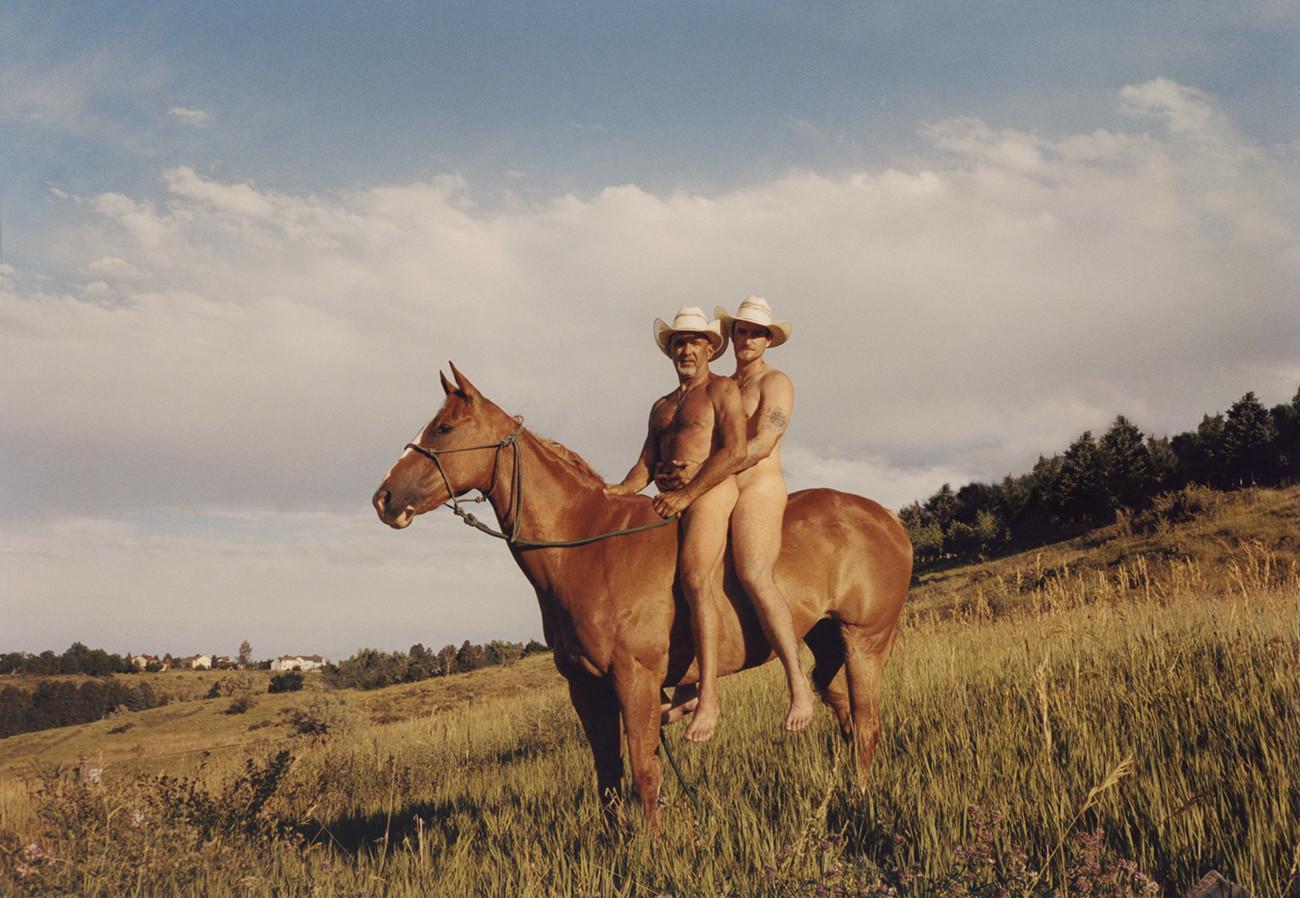 SN37 presents the fourth show in their non-profit gallery at the Seaport in New York City: National anthem by Luke Gilford. The exhibition is Gilford’s first solo show in New York. The work Gilford presents is the result of years documenting the unique subculture within the International Gay Rodeo Association (IGRA) – the organizing body for the LGBTQ+ cowboy and cowgirl communities in North America.

Gilford’s father was a member of The Professional Rodeo Cowboys Association, so he spent his youth around the rodeo, but it wasn’t until he discovered the IGRA that he could see himself as part of that community. His National Anthem work aims to recognize and bring to light thriving queer communities in rural areas around the United States and the deep kinship within them.

Printed on a larger-than-life scale, the characters in Folkslied demand to be confronted, thereby refusing the invisibility that neglect and dismissal too often casts upon them. Spending time with the members of the IGRA and their neighbors, Gilford was comforted by the unexpected open-mindedness he witnessed, which he described as “the electric charge of belonging”. Through this exhibit, Gilford hopes to connect with members of the LGBTQIA+ community who have left their hometowns in search of a more welcoming environment, and build on the communal love and care that is so evident in the city.

“One of the great powers of the queer rodeo is its ability to disrupt America’s tribal dichotomies that fail to contain who we really are—liberal versus conservative, urban versus rural, “coastal elite” versus “middle America ”, notes Gilford. “I am honored to share this work on such a large scale in New York and celebrate the beauty of this community and what it represents. I look forward to connecting with others who have come from rural places to the city, and to hopefully inspire anyone who wants to expand their experiences to include more nature and community in safe spaces.”

In addition to presenting these images for the first time in New York, SN37 has reprinted a limited edition of 150 of Gilford’s popular 2020 Anthem monograph, available for purchase at the gallery while supplies last. SN37 made a conscious decision to donate the proceeds of each exhibition to the organization of the artists’ choice; proceeds from the sale of select work from Gilford’s show will be donated to the International Gay Rodeo Association. Volkslied will be on view from July 14 to August 28, 2022.

Luke Gilford is a filmmaker and photographer born in Denver, Colorado. He studied art at UCLA and his photography and films have been exhibited around the world, including at MoMA in New York, FOAM in Amsterdam and at Sundance’s NEXT Festival. His work has been featured in The New York Times, Vanity Fair and Vogue. Gilford received a Webby Award for Best Drama in 2017 for Connected, a film he wrote and directed. In 2016, Gilford began traveling the Southwest for four years documenting the diverse and ever-evolving queer rodeo circuit – culminating in Folkslied – Gilford’s first monograph, published in 2020 by Damiani Books. Gilford is currently based between Los Angeles and New York City.