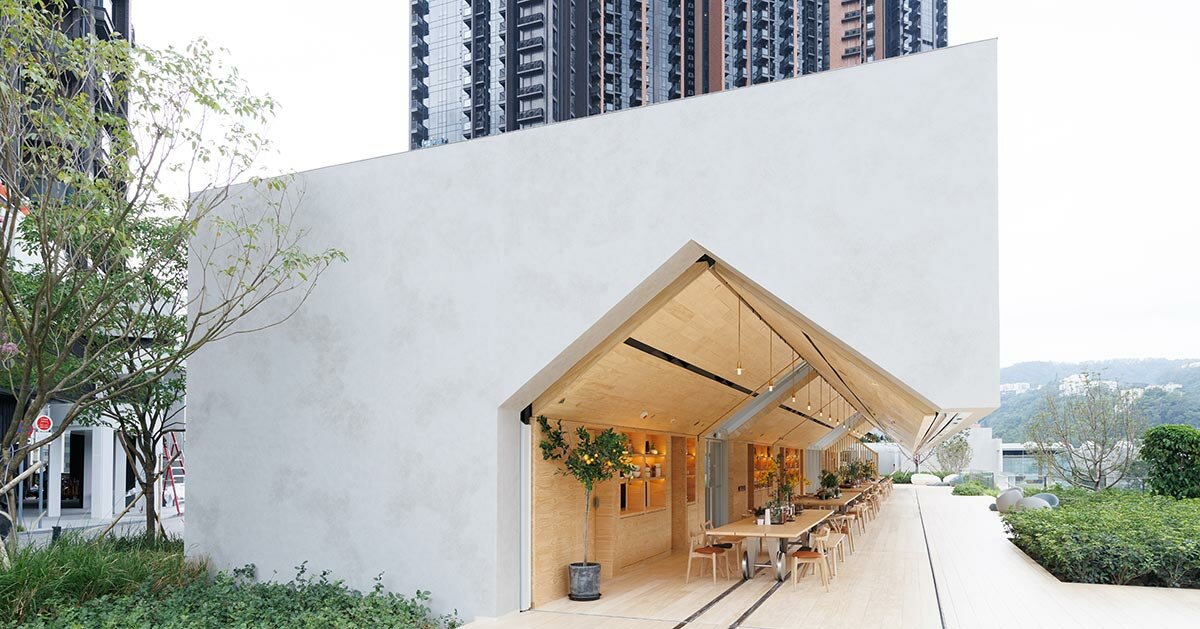 Snøhetta return to Hong Kong with her urban farm design bringing green pockets into the heart of the bustling city.

encouraging social interaction, forming a gathering space where residents can share experiences, immerse themselves in tranquility and enjoy urban farming in a shared garden. This green lung in the middle of the densely populated city brings people closer to each other and closer to nature, inviting them to leave the urban environment that surrounds them behind for a while and surrender to the positive effects of agriculture.

‘Pavilia Farm is a project that emphasizes the importance of creating new green, urban neighbourhoods. More people live in cities than ever before – and that trend is likely to continue to increase in the future – so we need to build in a way that can make it sustainable – both environmentally and socially,’ says Robert Greenwood, partner and managing director of Snøhetta Asia. all images by ©New World Development

A haven for interaction and calm

Celebrating the beautiful landscape of mountains and the Shing Mun River, Snøhetta (see more here) designed three small structures ‘to become sanctuaries of calm and simplicity in the heart of bustling Hong Kong’. The aim of the project is to bring a playful touch to the urban city and improve the quality of life of both old and young residents. Two of the three clubhouses named ‘the Teahouse and the Farmhouse’ have just opened, while the last one named ‘the Lughuis’ is expected to be completed at the end of 2023. Each of them serve different purposes for the local community, but they all share the same philosophy of adding green pops to the urban future and creating memories.

‘The Pavilia farm and the clubhouses are small but perfect examples of how this can be done. At Snøhetta we talk about collective ownership and creating places and spaces that belong to the collective and can bring people together. Spaces that belong to no one and everyone at the same time. With this project, the Tea House and The Farm House represent those ideas and create a green lung in the middle of pulsating Hong Kong. A space where all the residents can find peace and calm, but can also interact and connect with each other’, continues Robert Greenwood. 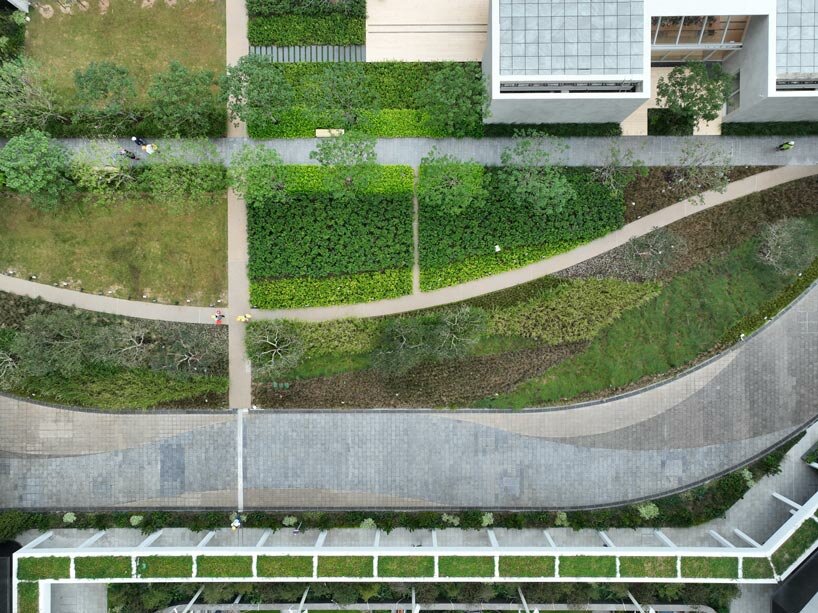 The Tea House is planned ‘as an arrival point’, inviting guests to escape the fast-paced city and enjoy a peaceful journey. This ambition is emphasized by the element of water, which is the protagonist of the structure. An indoor swimming pool on one side and a waterfall on the other echo the continuous sound of the falling water, promoting a relaxing harmony that calms the mind and slows down the pace.

Unlike the meditative mood of the Teahouse, the Farmhouse takes shape as a gathering center, bringing the farm inside the house and bringing visitors together. Surrounded by the urban farm and its products, it becomes the center of Pavilia Farm. Rail-bound table system invites the community to gather under the same roof and linger around the same table. This table is informed by a conventional dining table in a home, and is ‘the center for conversation, laughter and time spent together’. Here, residents can prepare and eat the food they have collected, while conversations flow and experiences are shared. This clubhouse forms a ‘close community through food and harvest from nature’. 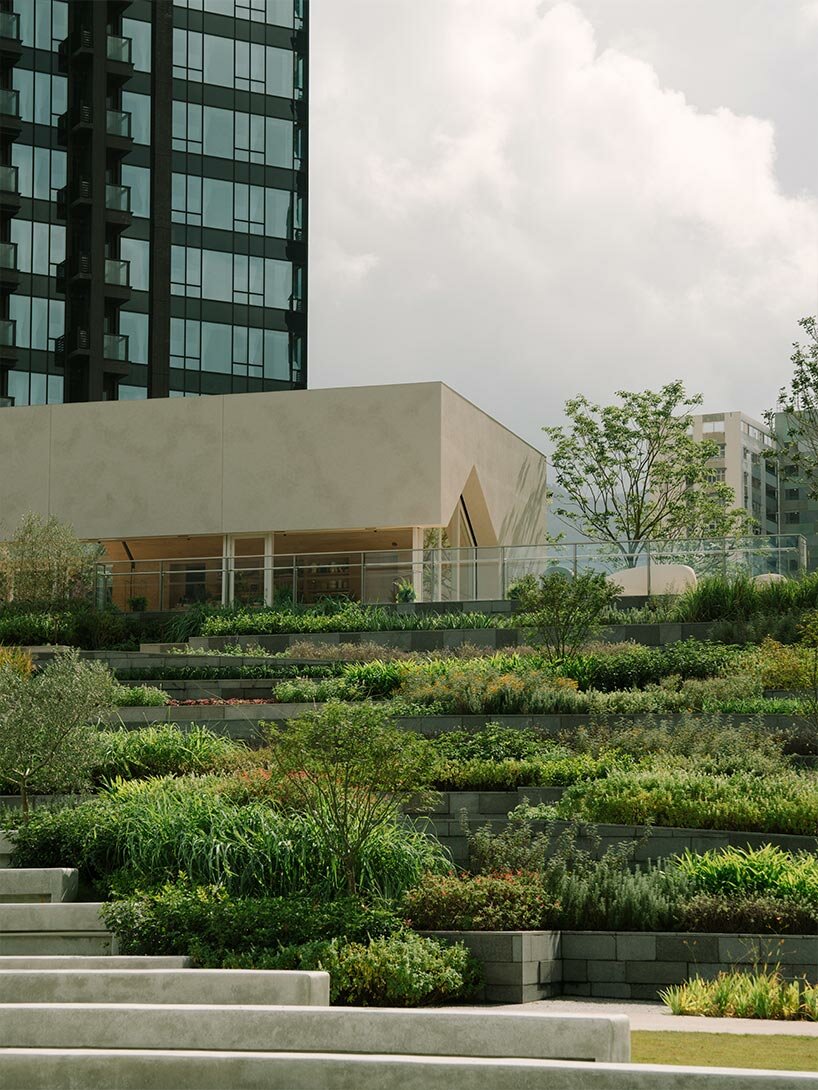 the houses create a haven for peace and joy 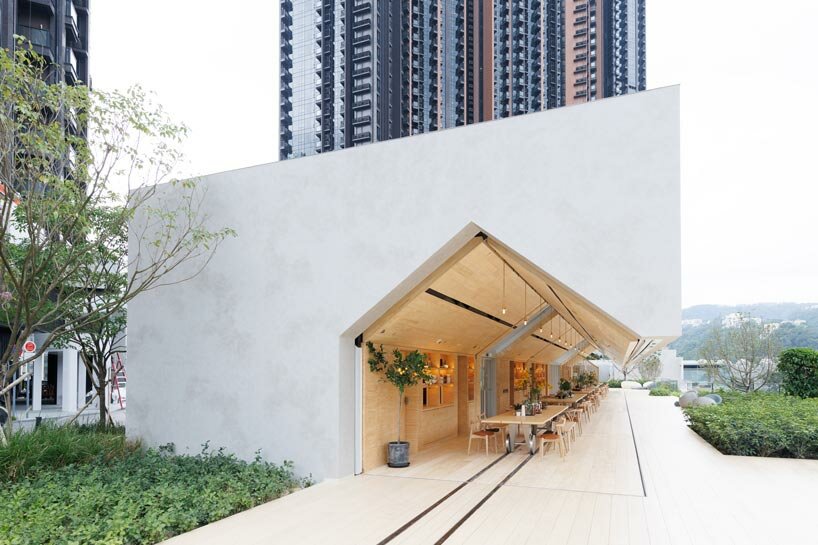 the table is the heart of the Farmhouse 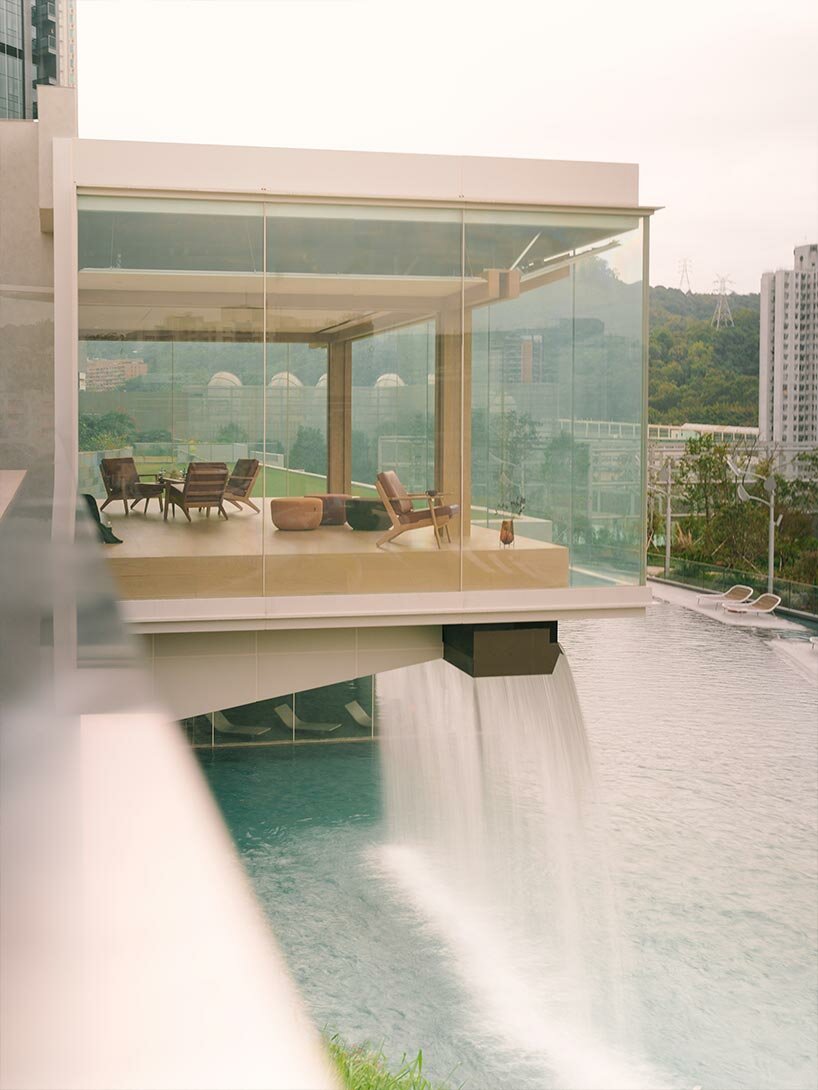 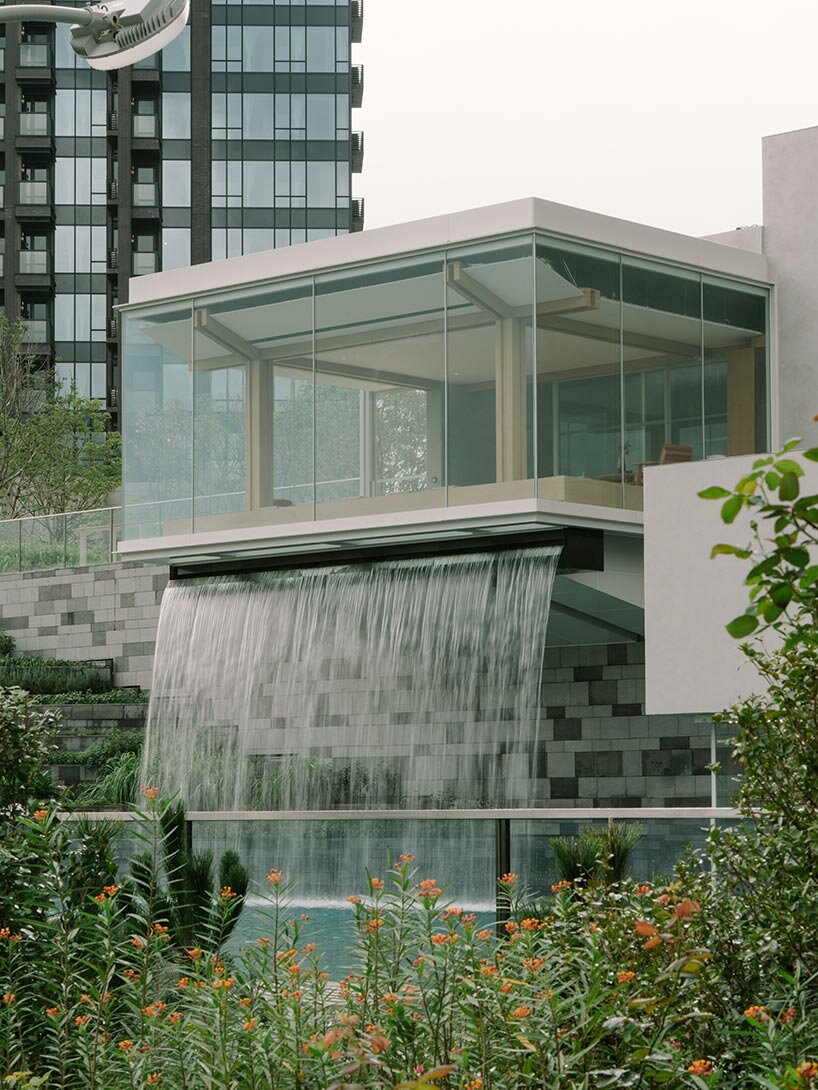