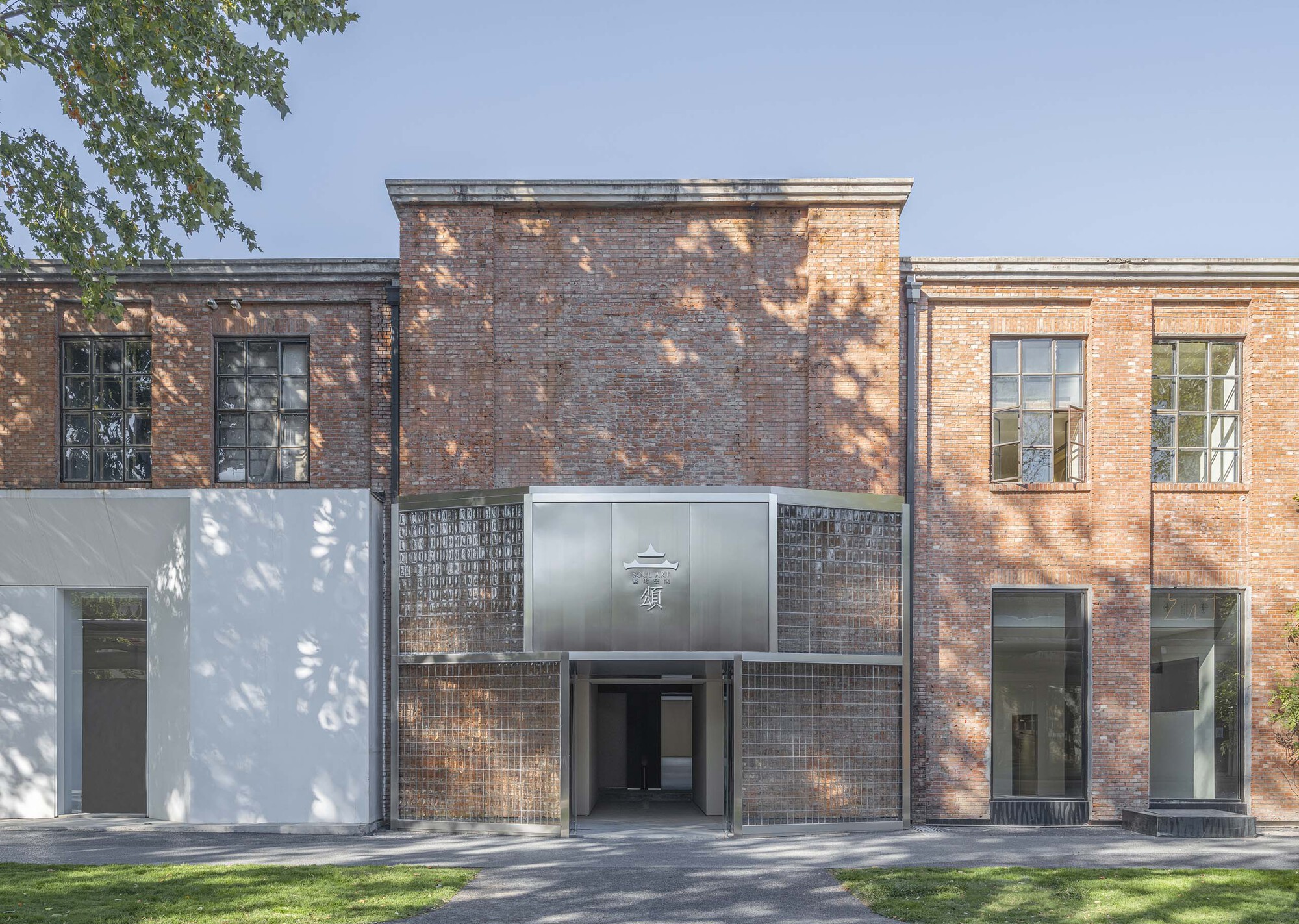 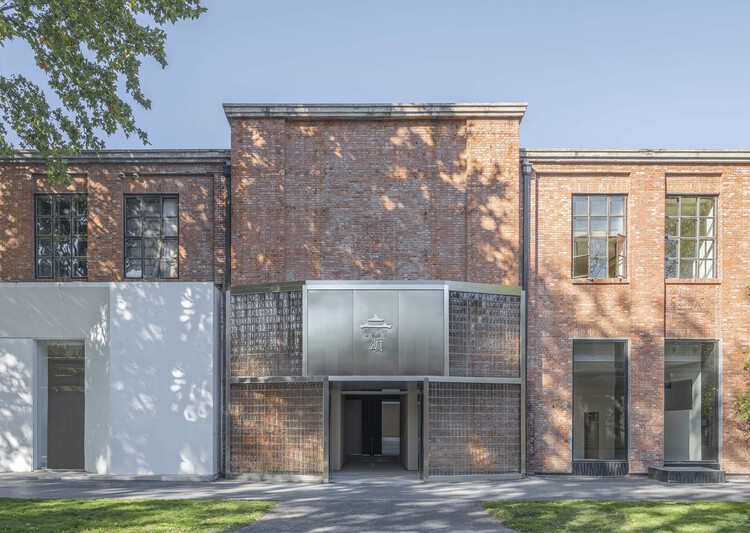 Text description provided by the architects. Founded by a former media executive, the art center is the latest venture in Beijing’s 798 district. Located in one of the buildings on the main street, it gets a touch of history symbolically from the Soviet-German-Chinese industrial partnerships from the 1950s. In the ’90s, these Bauhaus structures became the breeding ground for an emboldened artistic community, paving the way for a neighborhood that houses cutting-edge galleries and boutiques. The project gets its name from “sòng 頌”. Despite its similarity to *song* in English, it embodies more than the art of music. This poetic format originates from rituals that reverently sing odes to higher beings. No culture lives without rituals. Commissioned to give the space an ambitious new start, TEMP revitalizes the space with a drastically different approach than its previous tenants. Referring to ritual sites from across cultures, the team carefully constructed a modest journey to sing to art, an ode to its secular spirituality.

Greatness Contemplation. At its entrance, shimmering glass bricks envelop the building’s original red bricks, gracefully illuminating the juxtaposition of opacity and transparency, history and modernity. A short narrow tunnel allows visitors with a sense of mystery. Circulation then splits into a lounge area on the second floor and a main exhibition hall on the first. As one walks deep into the hall, the spatial volumes increase at every turn, dramatically opening up the vision for a hall 8 meters high at its center.

TEMP designed arched overhead designs that gently offset the sawtooth roof of its industrial days. The repeating waves, like clouds, suggest the changing sky seen through the skylights, allowing the ethereal natural light to bathe the hall throughout the day.

A ritualistic journey. In all cultures, lights serve both practical and spiritual purposes. Where natural light fails, artificial lights remain consistent with a salutary ritualistic experience. Between the industrial framework and the new curved overhang, LED strip lights are installed behind the curves, washing up the vaults and reflecting soft light as the day breaks. Along stairs and paths, uplights are installed in narrow gorges, whispering faint light of sedation.

Adding to this sanctuary of art are recesses of various shapes. Designed to frame art objects of various sizes, they draw the eye and serve as secular altars for art awaiting appreciation. A contrast of neutral colors defines the character of the art center. Beige plaster and wooden flooring create a warm environment that the founder intended for visitors. On the other hand, walls of ash gray lead them visually to secondary spaces such as art shops and receptions.

Intimate recovery. TEMP takes advantage of the unique 2-floor configuration to create further contrast. While the first floor encourages grandeur, the second inspires intimate restoration. Partitions are installed to isolate smaller rooms from each other. TEMP tenderly styles their connections for a journey of curious exploration. Crevice opening allows a glimpse into a cloistered tea room, while staircases, lower openings and niches become scattered reminders of devotion. As the founder aims to create a multidimensional art magazine, TEMP combines flexible functionality and contemplative impression, one serving artistic creativity and another, humanistic desires.

What Is Web3 and What Is Its Role in NFTs?