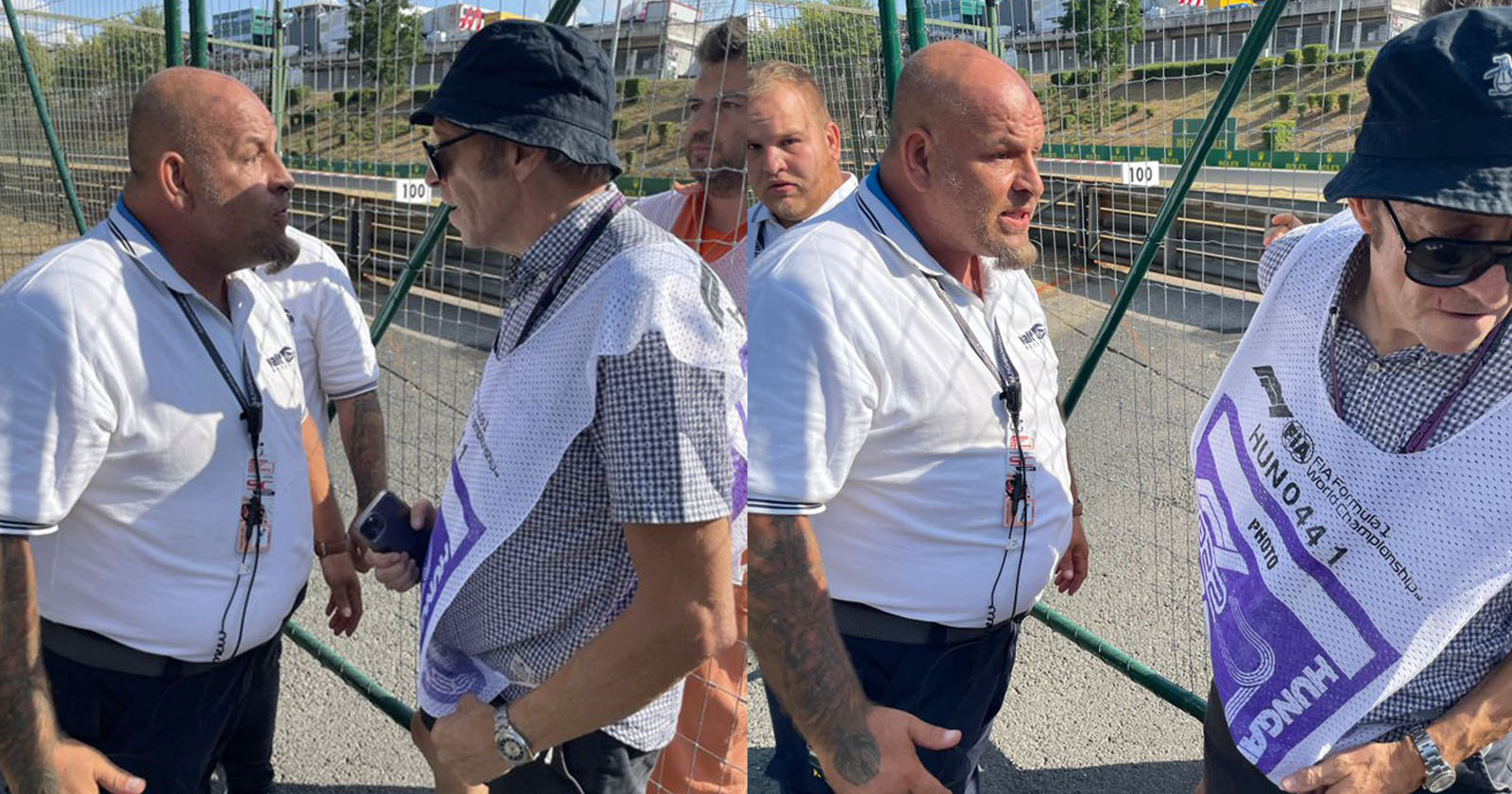 Photographer Mark Thompson was allegedly slapped by a security guard at F1 in Hungary this weekend, with images of the confrontation posted on his Twitter timeline.

The second photo shows Thompson with his head turned to the side as if he had just been punched in the face and the security guard angrily standing with his hands at his sides. “The friendly face of Hungarian Trackside Security Part 2 slaps him in the face (a note cut into his lip),” Thompson wrote.

The photo indeed shows a cut in Thompson’s upper right lip and the commentator below the tweet is outraged on behalf of the photographer.F1 pundit Karun Chandhok wrote: Are you okay buddy??” He also expressed disgust at his 1996 F1 World Champion Damon his Hill.

So far, the incident has little context, as Thompson has not elaborated on what happened and the photographer has not responded at the time of publication. of petapixels outreach. Thompson is a respected and experienced Formula His One photographer who shoots for Getty Images.

The race’s organizers, the FIA ​​and Formula One, have reportedly launched an investigation into an incident involving the photographer. daily star.

Further trouble was reported at this weekend’s F1 Hungarian Grand Prix, with reports that a fan of Max Verstappen, who won the race on Sunday, set fire to Lewis Hamilton’s merchandise in the stands.

“Of course it is unacceptable,” the Red Bull driver told reporters. “These individuals, I absolutely disagree with that because it’s just disgusting.”

At the last Grand Prix in Austria, there were many reports of abusive fans harassing other supporters over the weekend.