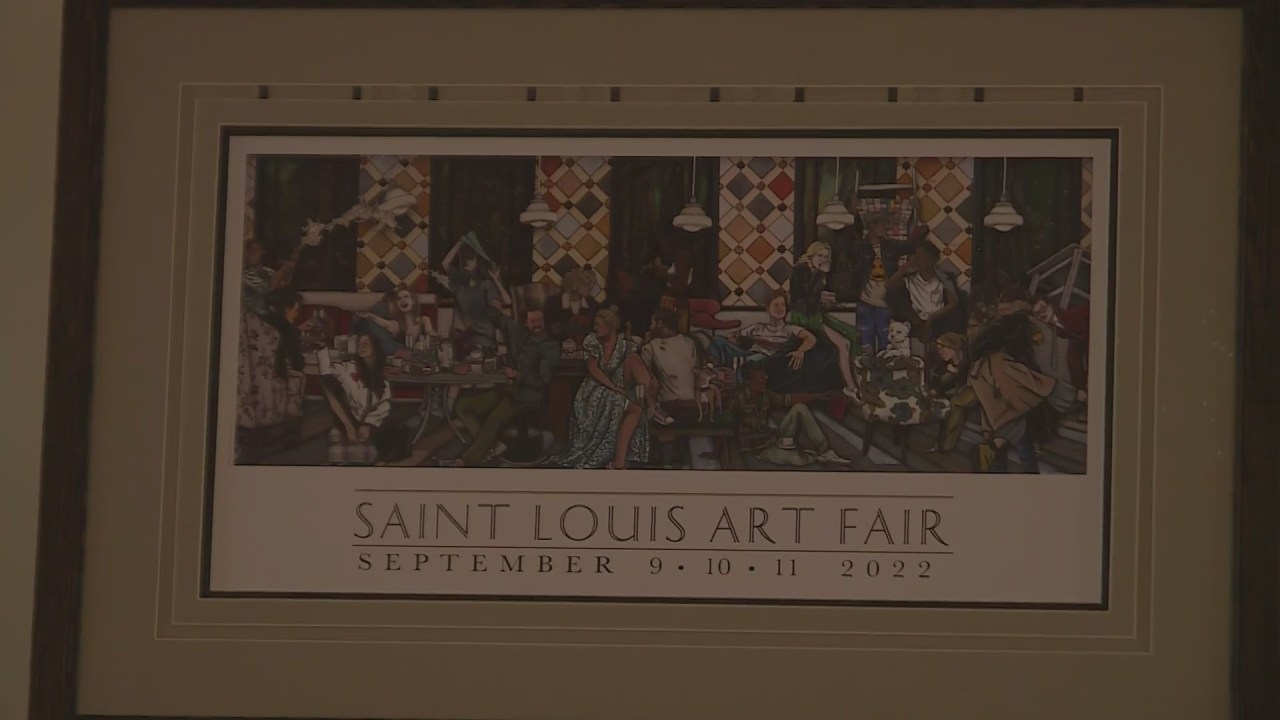 CLAYTON, Mo. – The St. Louis Art Fair unveiled its commemorative print to the public for its 29th year on Thursday.

“The commemorative print unveiling tells us that we are just a month away from the start of the art fair,” said Sarah Umlauf, Executive Director of St. Louis Art Fair. “But it really gets the excitement going.”

At Carrolton Bank in downtown Clayton, the art fair unveiled the piece “Build a Longer Table” by Elissa Brown.

“You know you may not know the people at work, but you’ve been to that party in that living room or that table,” said Elissa Brown, Commemorative Print Artist. “You can imagine how the conversation takes place around you. You can hear the background noise because it’s some of the common experiences we have in life and with people.”

Brown, who is from Texas, signed a limited number of commemorative prints that will serve as a visual representation of the 2022 St. Louis Art Fair theme, Love is in the Art. Brown said her art collection, the Freckled Army, is named after her grandmother.

“You know it’s great to see the artists and the different versions they come up with,” said David Rudolph of Swift Print Communications. “It’s great to have the artist draw them and be a part of it and it’s exciting. It’s an exciting time of year for Clayton and exciting for Swift.”

Swift Print Communications, created the prints that are collector’s items in many St. Louis households will become.

“My work, I actually talk about it being mixed media illustrations, but it’s built on birch wood and out of the back of its frame,” Brown said. “They almost look like little dioramas in a way or like set design. There is so much dimension to the originals, to see them in print is really beautiful and would be a fun collector’s item.”

The 29th annual St. Louis Art Fair will return to downtown Clayton on September 9, 10 and 11.