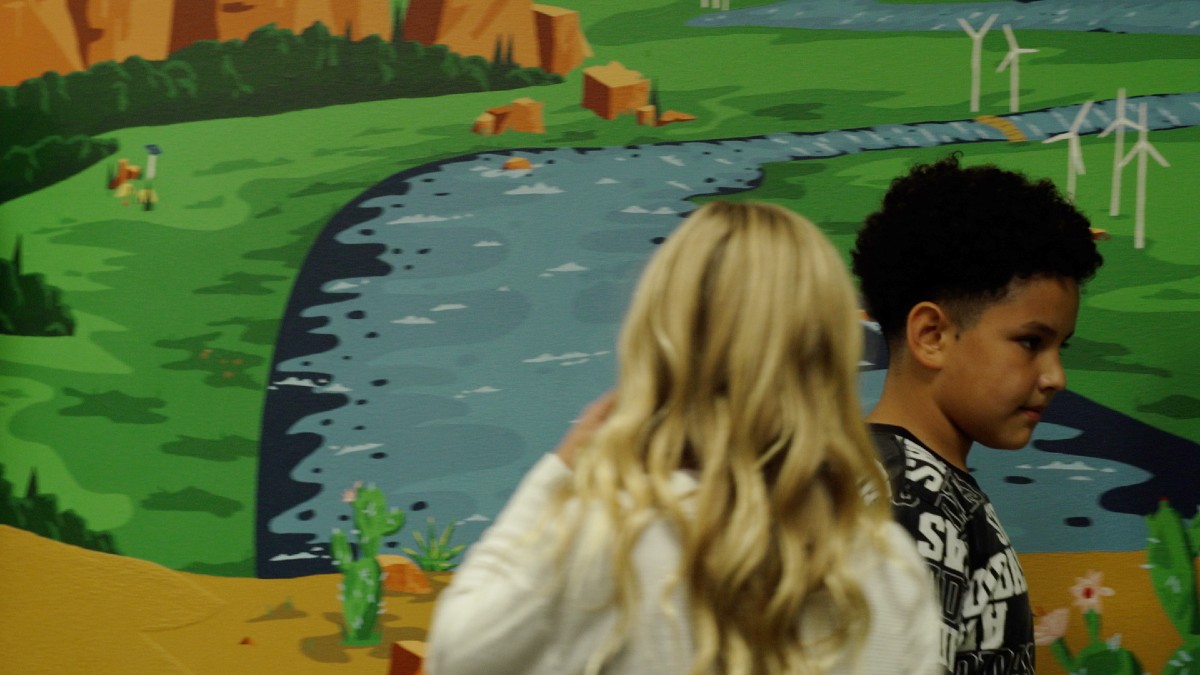 Much of Clifton was built during an oil and gas boom in the early 1980s and most of the bonds that were taken on counted on Exxon and other companies to continue to thrive. They didn’t – and the new cul-de-sac became vacant literally overnight. Clifton has been wounded ever since, and the schools are where you see some of the worst effects.

That’s why it was so noteworthy in 2020 when a group of businesses, assisted by the D51 Foundation, pooled resources to rebuild the dilapidated library of Clifton Elementary. They raised over $60,000 to re-carpet, paint and build new shelving. They equipped the library with new technology for modern learners. They made the library the inspiring place it is meant to be, and many of the staff and leadership of the businesses actually rolled up their sleeves and did the renovations themselves.

But, something was missing

The investment of money and time was truly felt and appreciated.

“The library was renovated, redone and children loved it!” said Ciera Colson, the family center coordinator at Clifton Elementary. “We had a ribbon cutting ceremony which was really exciting. After that, our principal and our assistant principal noticed that there was just something missing…we had all the new stuff and we got the updated space, but we needed something where the kids wanted to be. It was a beautiful space, but it just lacked a little color and life.”

Around this time, recognizing the emotional effects of the COVID-19 pandemic on students, the D51 Foundation offered grants to add elements of SEL (Social-Emotional Learning) to the school environment.

Colson recalled, “We told the D51 Foundation that we were going to create a peace corner for the library and make it kind of an interactive space for kids who, you know, are having trouble during that precious learning time.”

The grant was approved and when the idea of ​​an interactive mural was presented, Colson knew just the right person for the job: TJ Smith.

Smith said, “When I was approached to create this mural … they kind of had a basic idea that it was a therapy or social-emotional tool. But we didn’t really know exactly what it was. ”

Everyone involved in the initial ideation phase remembers the time fondly.

“It was really nice brainstorming to sit in the library with principals and the librarian and the guidance counselor and we fell on nature and we fell on this idea that… it’s like you’re walking and you come to that place that has a great view and good shade and there might be water running,” recalls Smith.

Smith had his camera ready to photograph the finished product. About 12 children were invited to see the unveiling and finally touch it as it was intended. And, that’s just what they did. They climbed the rock and jumped away. They grabbed the bark of the tree. They explored a carpet that looked like a continuation of the grass on the wall. They counted all the ants they saw. Some of them only chilled. They interacted with the mural, in the ways its creators had hoped.

What makes a living room look cheap? 5 things to avoid |