Take a Visual Tour Through These Historic Homes in Phoenix, AZ With Photographers Alex Rentzis and Kevin Kaminski 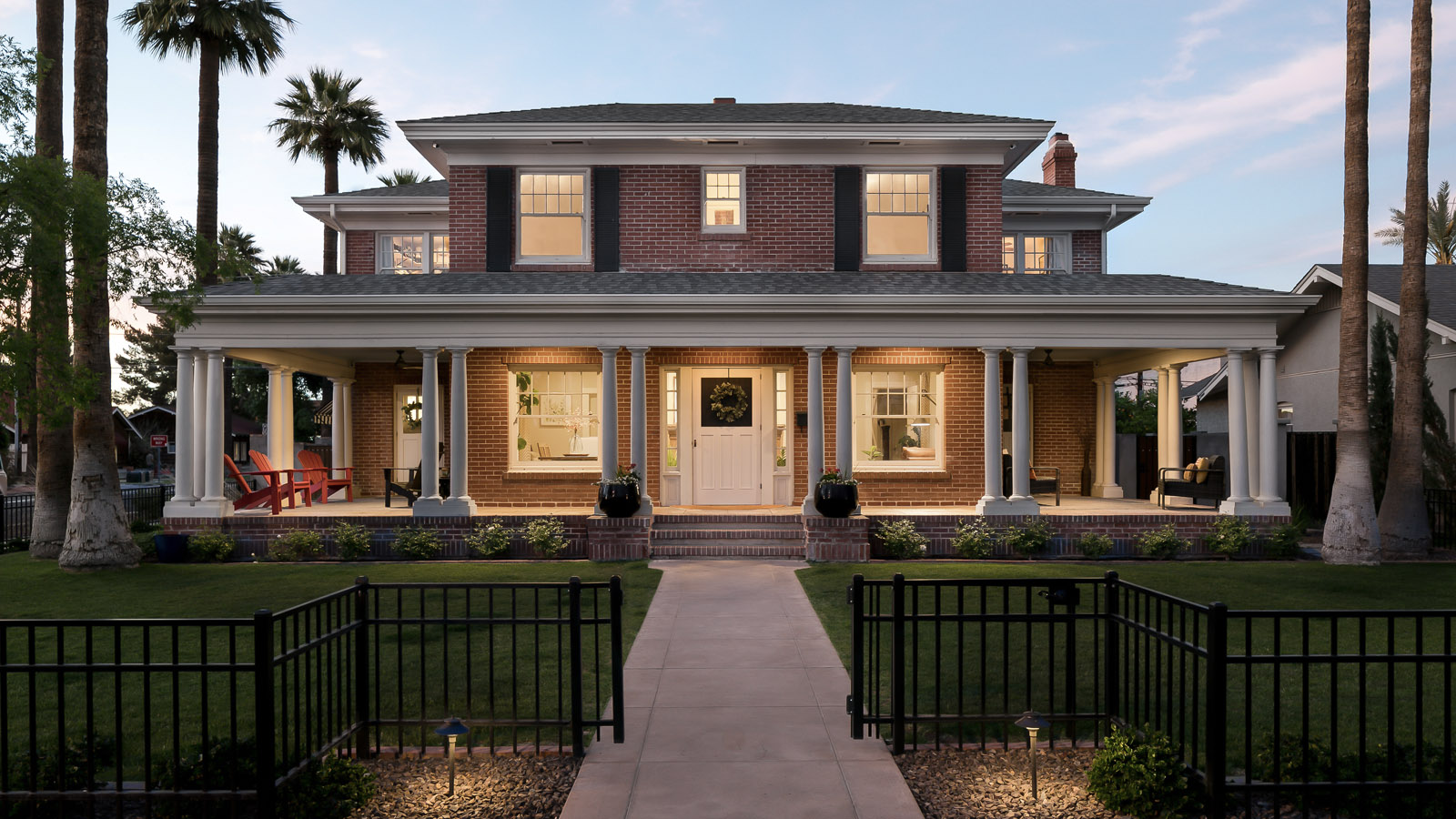 This week’s featured project is an interesting switch from our typical Project of the Week offerings, and it’s a great reminder that personal projects can have a huge impact on your career and body of work. Today we’re going to take a look at this collaborative project by architectural photographers Alex Rentzis and Kevin Kaminski in Arizona. Alex decided to photograph a group of little-known historic neighborhoods in Phoneix for his photo book Historic Homes in the Heart of Phoenix. Along the way, he enlisted the help of Kevin, and now the finished project has major local awards – and is even available to borrow from their public library!

Alex explains how the project came about, sharing “I have lived in the Willo Historic District of Phoenix, Arizona for the past 8 years. My wife and I love historic homes and living in the downtown Phoenix area, we are also surrounded by other historic districts recognized by the city. As an architectural photographer, I love walking our historic neighborhoods and taking in the diversity of the historic districts, as they all offer unique glimpses into our city’s relatively young history. Not many outsiders, but only Phoenix residents, are actually aware that we have historic districts that represent homes from around 1900 – 1940.

“My goal was to document, preserve and educate people on our beautiful yet undiscovered historic districts,” he continues. “To my surprise, this scale of a project has never been undertaken before. My idea was to take 6 luxury homes from each of the 4 historic districts that are in the area. These are Willo, Roosevelt, Encanto-Palmcroft and FQ Story. As I began to consider the project, the sheer scale began to overwhelm me. I slowly assembled a team of volunteers who would eventually make this project the success it became. Tricia Amato had publishing and project management experience, John Jacquemart is a local Phoenix historian who collaborated with our fantastic writer, Allison Hawley. And finally, I recruited my friend Kevin Kaminski, a fellow architectural photographer. The team met weekly for almost a year with the common goal of getting the book to the publisher in time for the 2021 holiday season.”

Alex talks about the process of gaining access to the houses “I got to know the historic neighborhoods through various photo shoots and it was by word of mouth that the team slowly started to collect the houses that eventually appeared in the book. The process of getting buy-in from homeowners was complicated by the pandemic (2020-2021), so photographing indoors while wearing masks and maintaining social distance was a real challenge. Once we secured the 24 houses that would be in the book, Kevin and I had to split the photo shoots to meet our publication goals. Kevin’s workload included real paying jobs so his time was limited and he ended up photographing about a third of the houses, especially the ones where he lives – which is FQ Story.”

Alex explains that one challenge they faced on the road was making their photos look good despite her and Kevin’s different styles. He says: “We also had to coordinate a similar look and feel with the final images. We both have our own photographic styles and methods, but to make the final images look consistent, we compromised on the final post-production settings, but let our individuality flow during the shoots. The final images were judged by Kevin and I along with Tricia who had extensive photography experience. The images in the book are enhanced by wonderful stories written by Allison as she interviews the homeowners about the history of their homes and why they chose to live in a historic home. We were also able to have our former mayor, Terry Goddard, write the foreword to the book. Terry was a champion for the preservation of many of our historic homes and structures during his time as mayor.”

Alex was happy to share that the historic home project was a huge success, saying, “In 2022, the book we called, Historic Homes in the Heart of Phoenix, received the Governor’s Heritage Preservation Honor Award which for me finally my original goals of the book. We have sold about 750 copies of the book to date and have gone through a 3rd printing.” Not only is the book available for purchase, but it’s also available from the Phoenix Public Library, which is pretty cool for a photo book!

This project is another great reminder to get out there and start making personal projects – who knows what clients you’ll end up with, or what library you’ll end up in!

If you have a project you’d like to consider for Project of the Week, you can submit it here.

How to hike – in Buffalo, and beyond: find Scajaquada Creek