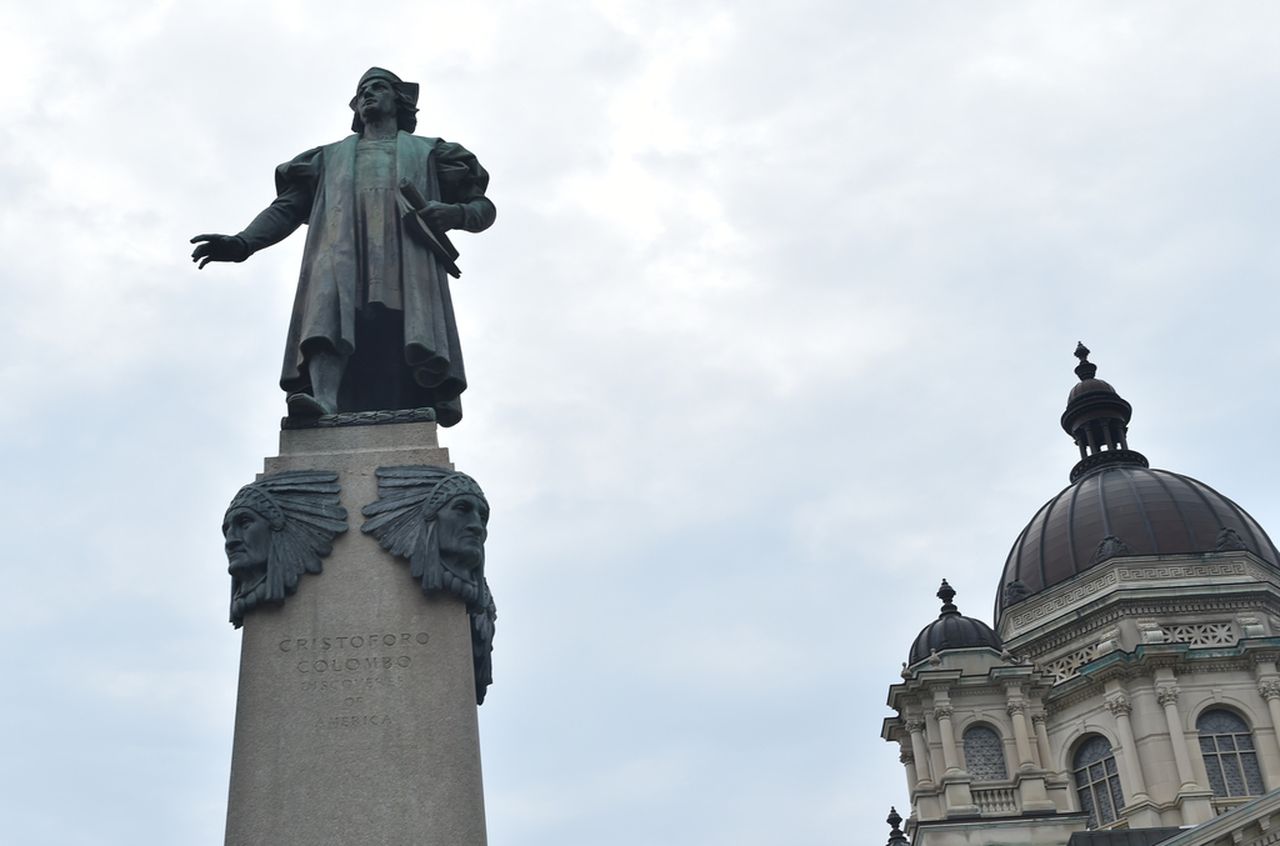 There are a number of inaccuracies in attorney Joseph Heath’s facts and interpretation.

I find it baffling that because . Heath finds something personally offensive and has projected his hostility into others connected to the Columbus monument – that he feels a court of law should sanction its destruction. These are Heath’s words. If courts of law began to take cases based on subjective and often false, emotional reactions to events and public controversies, there would be no time in a courtroom’s competence for true and justified justice.

Heath rejects what he calls “disembodied native heads” that should be removed from the monument. His use of pejorative, negative language is imprecise, in artist terms. These are artistic “masks”, not heads, so defined by artists over thousands of years as creations of honor. Sculptor Renzo Baldi intended to honor the indigenous people with them in all four directions. The “frescoes” that he describes as also offensive are not frescoes at all. They are bronze bas-reliefs.

One bas-relief shows Columbus bringing a Christian cross to San Salvador—the first landing in the Western Hemisphere that Columbus made. His men kneel because of the cross. The indigenous people stand. The second bas-relief that Heath wants to take down is the presentation of six native men to the King and Queen of Spain. hat is not a servile action, but an artist’s rendering showing respect to Spain’s royalty. It is an act of respect that still exists today. There are other paintings of that moment where Columbus bows on his knees before the King and Queen and others stand to the side. No camera ever existed at that time to really know what exactly happened.

It is surprising that Heath is only concerned with the Columbus monument and the 1794 treaty that once promised land to the native inhabitants of our area as affecting ownership. City Hall stands on the same ground as each of the historically preserved buildings that are in close proximity to the Columbus Monument.

One need only read page one of “A Guide to Public Art in Downtown Syracuse,” published by the Syracuse Downtown Committee, to understand the value of the Columbus Monument. Just below a photo of one of the four indigenous masks it reads page one: “Makers of Native American faces surround the Christopher Columbus monument by Renzo Baldi celebrating the people who were already in America when Columbus arrived.” This was Baldi’s true intention. Heath created a fiction to fit his own subjective narrative.

From the downtown committee’s guide: “Public art often reflects a moment in time, a piece of the past and the emotion of an occasion or circumstance. To gaze into the eyes of a figure cast in bronze deepens our perspective. The study of the abstract form opens the mind to endless possibilities…”

Mr. Heath, “A little learning is a dangerous thing—drink deep or taste not of the Pierian Spring.” – Alexander Pope

The author is a plaintiff in the lawsuit trying to overturn the city’s decision to remove the Columbus monument.