‘Tenants from hell’ cause £2,000 damage after completely covering every wall with graffiti A decorator has revealed he had to clean up after a ‘hell tenant’ deliberately doodled on their flat in ‘revenge’ for being evicted by his landlord.

The landlord is said to have gone through a lengthy eviction process after tenants stopped paying rent for months.

Before moving out of the property, the tenants covered the walls of every room in the apartment, a window in the bedroom and even some ceilings, including a “f*ck you” thought to be aimed at the landlord.

Simon said this “smart retaliation” ensured they did the most financial damage to the former landlord without damaging any fittings or floors, meaning they avoided criminal damage and the possibility of prosecution.

The landlord is now reportedly considering a sale to avoid going through the same stress test again.

Simon said: “The landlord said there was a lot of graffiti and asked if we could sort it out.

“When I saw it I was like ‘oh my god’ – they did give me a picture first so I knew what to expect, but I was still shocked. 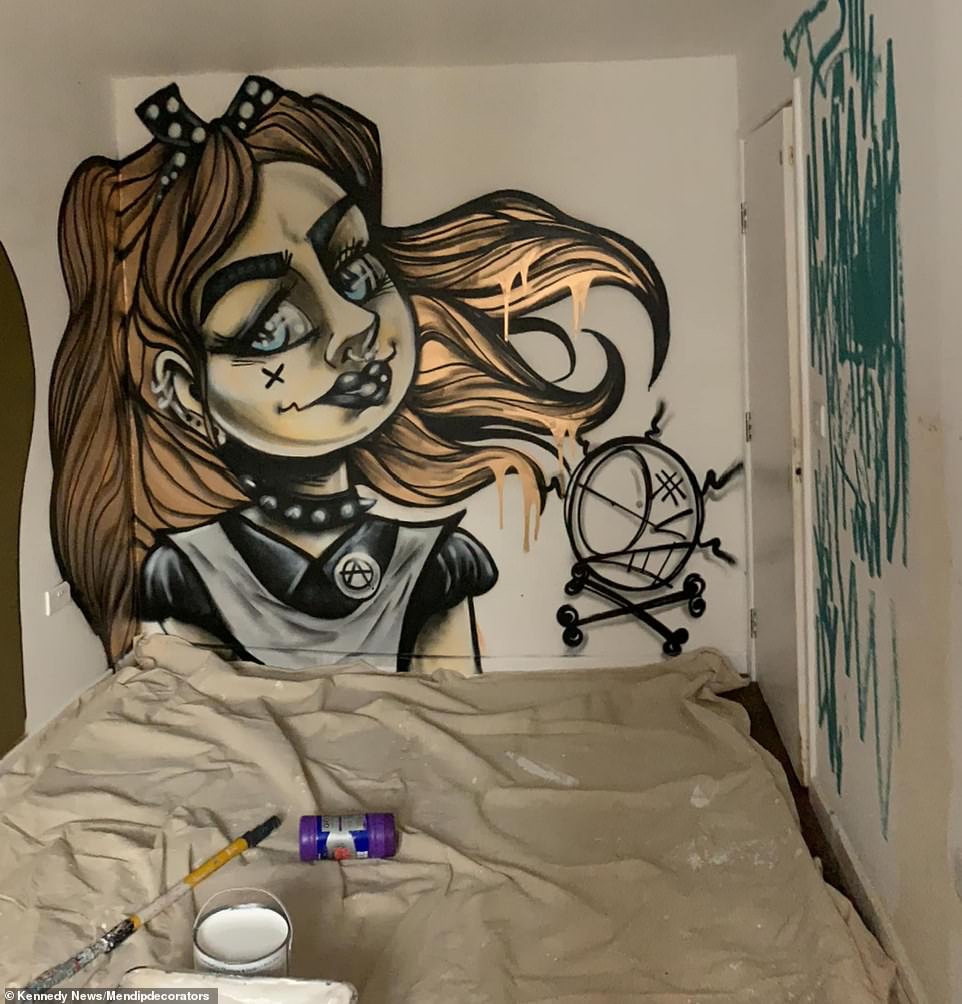 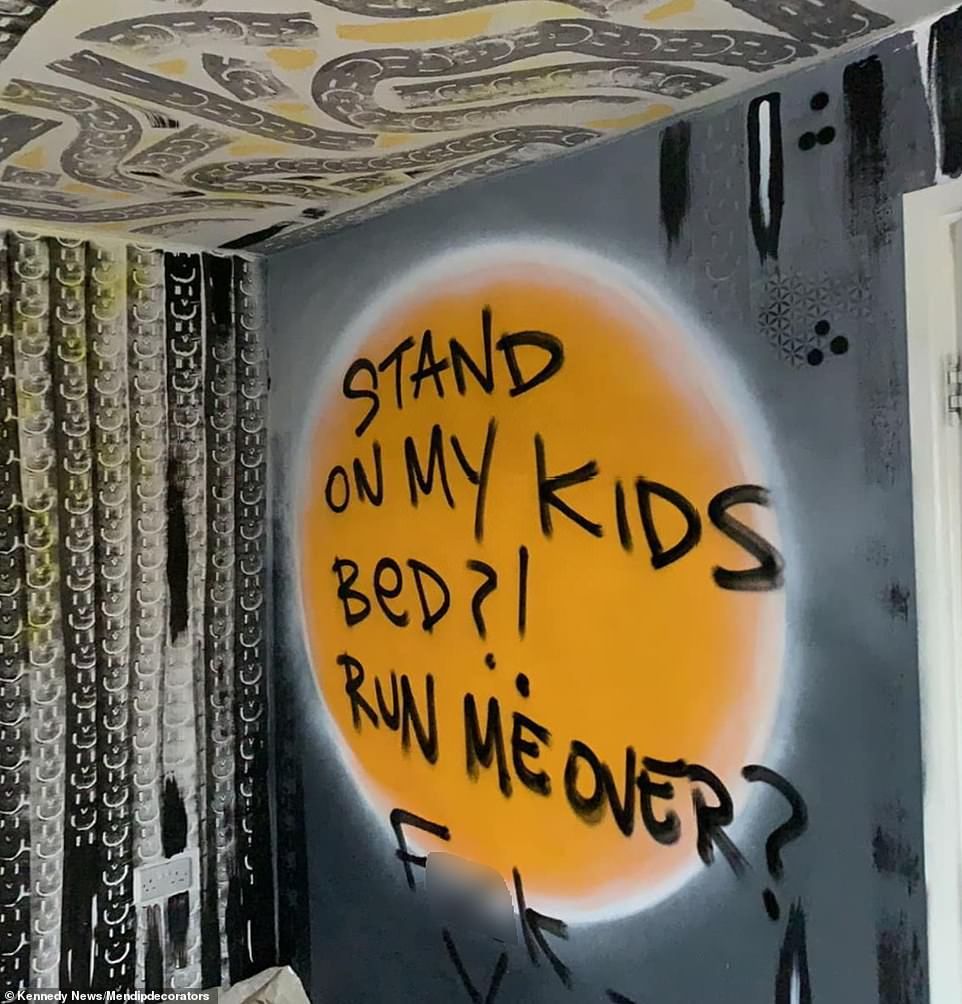 A rant on a painting reads “Stand on my child’s bed?! Run me over? Fuck you! Outburst from some unknown event

“It’s the worst residential job we’ve ever done. Usually it’s just a dirty mark on the wall, but this is another level.

“I think there’s something wrong with tenants not paying rent, so they’re graffiti on the walls because they’ve been evicted – that’s their karma.

“They did a great job because they didn’t cause any damage to any fittings – they didn’t put any paint on the tub, shower, kitchen unit or carpet, which is quite an achievement considering the amount of paint they had. “Used.

‘What do you think’ why are they so troublesome? But they’ve done it, so it’s not criminal damage – that makes it a civil rather than a criminal matter, which is very smart.

But most striking was a bizarre message scribbled on one of the bedroom walls, believed to be aimed at landlords about evictions, that read: “Stand on my kid’s bed?! Run me over? Go yours!

The head of Bristol painting service Mendip Decorators said the work took two workers five days to complete and cost the landlord around £2,000. 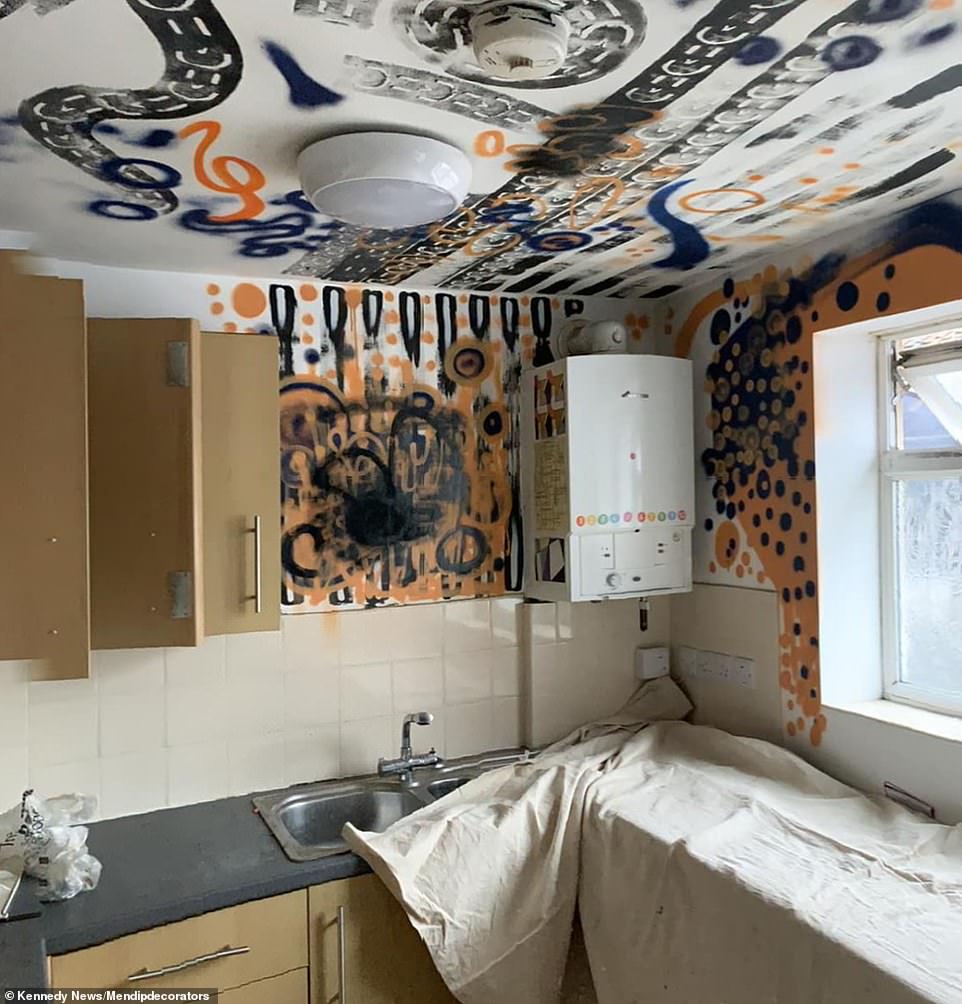 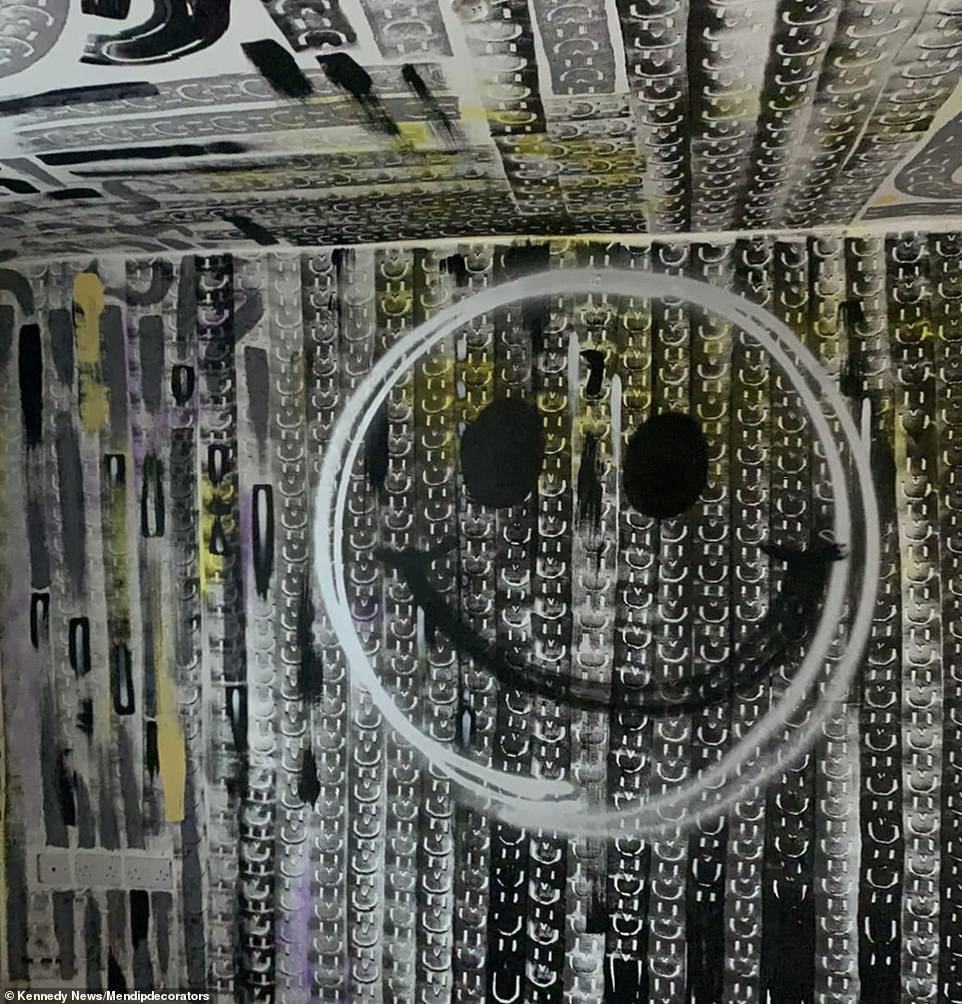 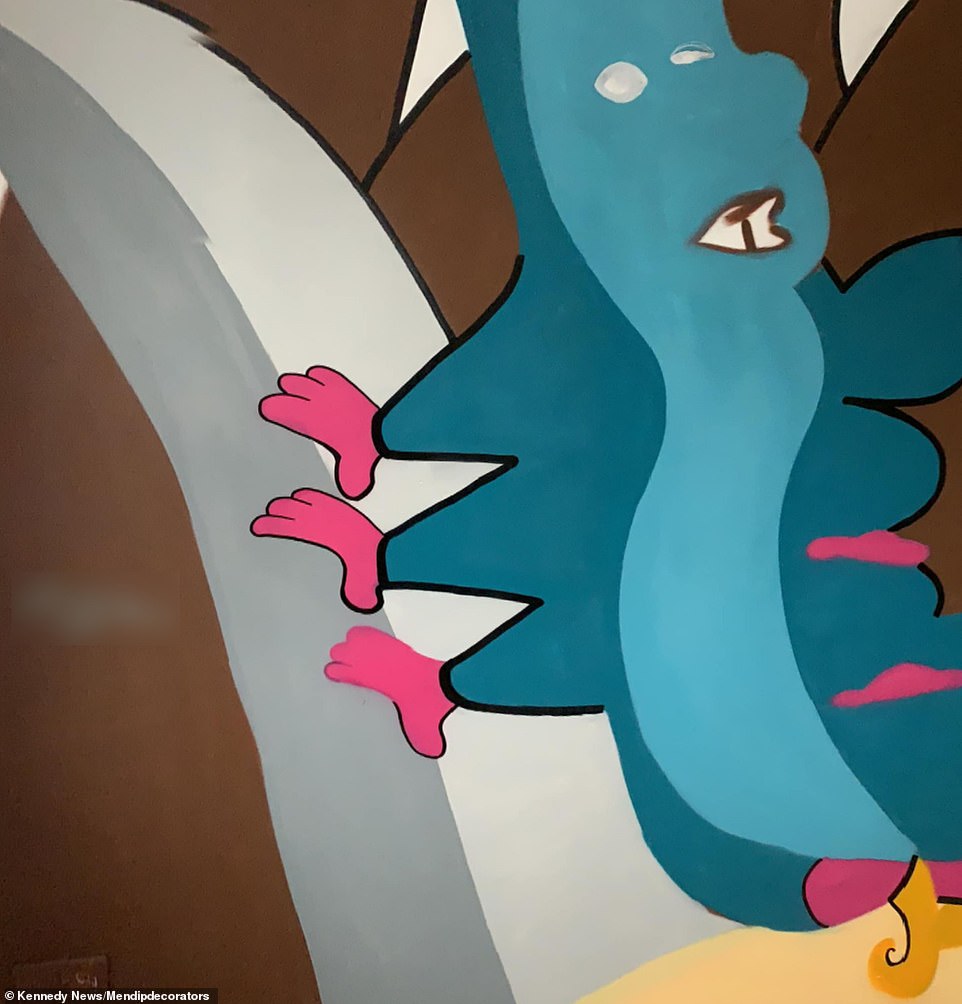 They had to use four thick coats of solvent-based paint to get the walls back to a clean white finish.

Simon said: “I know what paint to use because we’ve done similar projects.

“We built a commercial centre in Bristol and squatters set fire to a caravan in a warehouse and did a lot of graffiti, so we had to cover up the damage and graffiti.

“We knew we could do it, but it took a lot of time – it took four floors.”

The renovator said he and the landlord were both pleased with the results they had achieved in covering up all the graffiti and restoring the apartment to its original pre-rental condition.

According to Simon, landlords are now looking to sell properties and give up being landlords due to the stress of “tenants from hell” and the financial loss of rent arrears and losses.

Hiring and Working with a Stylist: Everything You Need to Know | Architectural Digest