The Design Miami fair is maximalist, colourful — and provocative 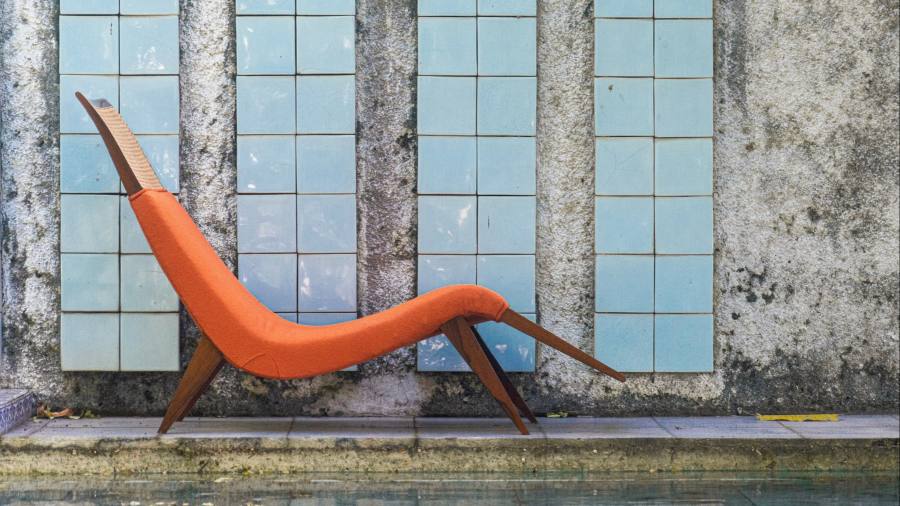 Two weeks before Design Miami opens its doors to VIPs on November 29, Rudy Weissenberg of AGO projects has crates full of furniture and objects, ready to be shipped from his gallery in Mexico City. AGO is the only Latin American contemporary gallery participating in the fair, but for Weissenberg it is the most obvious place to be.

“Design Miami feels younger and more experimental than other fairs, and in line with our goals at AGO,” says Weissenberg. “It’s evolved into a place where people take risks, which I think we do to some extent.”

Weissenberg, who is from Guatemala, opened the space in Mexico City in 2019 with his partner, Rodman Primack, who was Design Miami’s executive director between 2014 and 2019. Their goal is to work with local designers and the possibilities of Mexico’s small workshops and factories. “You can get anything made here,” says Weissenberg.

In the AGO crates are designs by Fabien Cappello, French but a resident of Guadalajara, Mexico, who created candy-colored tile tables with a company that once supplied mosaics to Mexico’s modernist masters. In a collaborative project with the Guadalajaran company Cerámica Suro, known for ambitious collaborations with artists including Jorge Pardo, Cappello also designed meters of tiles to cover the loft’s walls and floor. “We’re going for full immersion,” says Weissenberg. “There is color and humor and a bit of absurdity. We’re going full maximalist in Miami. It’s a provocation.”

Over its 18 years, the fair has established a reputation for big, bold energy and sales to match. “The first time we showed pieces by Chris Schanck and Misha Kahn here, in 2016, we sold out immediately,” says Marc Benda of the New York gallery Friedman Benda, referring to two radical American designers. Schanck’s offering was a monster-sized table covered in a brilliant metallic finish; Kahn’s, a massive, irregularly-shaped cabinet in grass and found glass, made with basket weavers in Swaziland.

“It’s about the psychology of the fair,” says Benda. “Collectors come expecting to be blown away by new work. It may be the same customers who come to Basel in June, but here they have a different mindset. They jump right in.” This year, Benda’s stand will include work by Darren Romanelli, who comes from the fashion world and has been collecting and recycling all our consumer waste in clothes, and now furniture, for 20 years.

Design Miami’s makeup is more focused on contemporary work, much of it completely new. (“No refried beans,” says Benda.) Even galleries like Philadelphia’s Moderne, specialists in the revered studio art of George Nakashima (who died in 1990 and whose rough walnut tables can fetch $300,000), are mixing in fresh pieces through Miriam Carpenter, an alumna of the Nakashima workshop, and the papery ceramics of Tomomi Tanaka.

“There are a lot of developers here. Many restaurateurs and hoteliers. A lot of second homes,” says fair CEO Jen Roberts, suggesting that a local audience helps bolster Design Miami’s viability, along with the international art crowd that flocks to town for Art Basel and its other fringe fairs. to live (Up to 40,000 visitors are expected to pass through Design Miami over the six days.)

Khaled El Mays, a 37-year-old designer from Beirut, presents his new Lotus series — marble tables on elaborately carved and fluted bases that refer both to ancient Egypt and to Art Deco in their details (on display with Milan gallery Nilufar). “These are expensive pieces, and they need an expansive space, or an outdoor setting,” he says. “They are Miami.”

However, Roberts stresses that the fair should be “a platform for a range of voices”. Roberto Lugo, a Philadelphia potter of Puerto Rican extraction, known for ceramics detailing hip-hop culture and the immigrant experience, is tapping into a rather different side of Miami’s identity. “My dad used to own a bodega in Philly,” he says. “And I turn the stand over [New York gallery] R+Co in a store.” More gift shop than grocery, Lugo’s shelves will be packed with butter dishes shaped like subway trains, coffee trays shaped like water towers and pit bull umbrella stands. “These pieces are a portrait of my working class community. Ceramics are an interesting and direct medium of communication.”

Lugo will also have a talk with the musician Erykah Badu, who discovered him through his work. “She saw a sadness in it,” Lugo says. “So we’re going to talk about kintsugi — the Japanese technique of repairing pottery with lacquer mixed with powdered gold, where the repair work is clearly displayed. We both see it as a metaphor for our own transparency about the struggle we’ve had.”

Karen Grimson is the curator who oversees the art and design collection of Dacra, the Miami real estate company founded 35 years ago by Craig Robins and instrumental in the creation of Miami’s Design District. While neither the Design District, with its high-end shops and fancy restaurants, nor the fair itself includes Miami’s wider community, Grimson, who is Argentinian, does believe that the curation of Dacra’s art collection reflects the city’s multicultural nature and open-mindedness. – Robbins made early acquisitions of black, female, queer and Asian artists who are sought after today. “This city is an eclectic textile of people from all over the US, the Caribbean and Latin America,” she says. “It is political in its porosity and diversity. It does affect what you do here, and how you think.”

Germane Barnes is the designer charged this year with making the annual fair-time interventions outside the Design Miami tent and throughout the Design District. This is the first time a Miami resident has received the opportunity and the second time for an African-American designer. “It was important to me to make work rooted in the community that actually built Miami,” says Barnes, an architect and filmmaker who is assistant professor of architecture at the University of Miami. He created brightly colored sculptures, filled with foam noodles, that people could climb inside. A 300-pound steel bar makes them move back and forth.

“This project is a love letter to the city and its people, a tribute to carnival,” says Barnes. “You get in and you look like you’re wearing crazy carnival regalia.” Decorations shaped like steel drums will hang from the trees; A huge disco ball cut in half will function as a stage. “It’s for the people,” says the 37-year-old, who is originally from Chicago and whose work explores the value design can bring to civic and domestic space. “You don’t need to know about fancy design or buy a Bottega Veneta handbag to have fun in a rocker, to feel like you belong.”