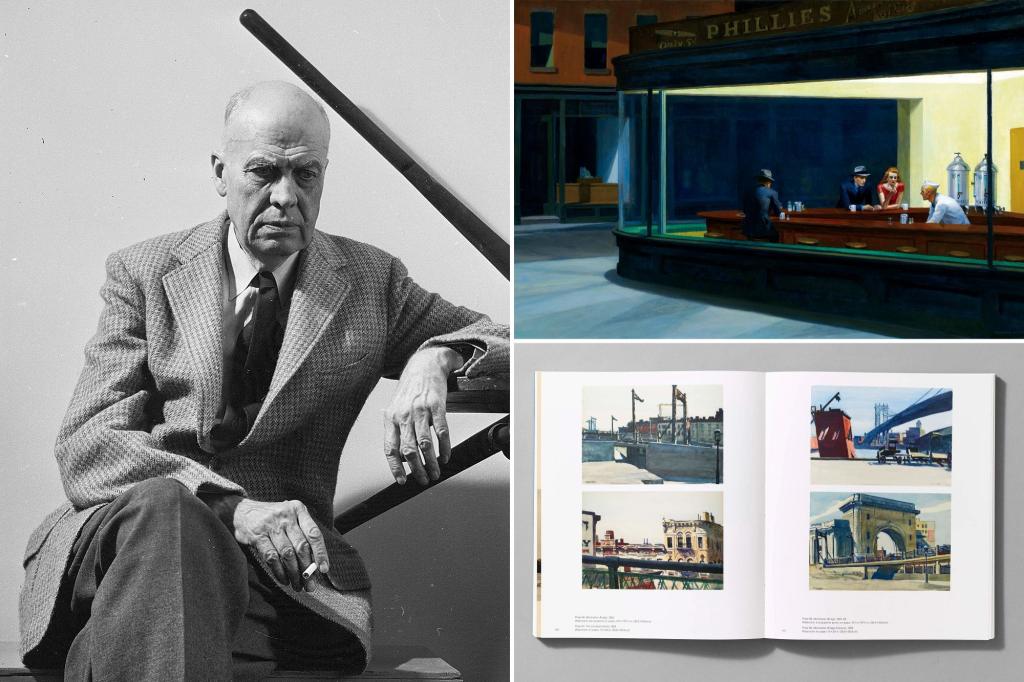 But those who can’t make it to the museum in person can get a copy of “Edward Hopper’s New York,” a stunning catalog from the Whitney Museum of American Art — currently on pace to become the best-selling catalog in the museum’s history to be .

Hopper, who specialized in oils, watercolors and printmaking, lived in New York from 1908 until his death in 1967, just a few blocks from where the Whitney stands today. He immortalized the urban landscape around him through art.

The Whitney’s exhibit, which opened in October and runs through March 5, boasts more than 200 paintings, watercolors, prints and drawings, including some of Hopper’s best-known works such as “Early Sunday Morning,” “Room in New York” and “New “. York Movie.” It also offers an intimate look at the artist’s storied life and career through archival material, correspondence, notebooks and photographs.

The catalog compiles all this and more, with essays by curator Kim Conaty, writer and critic Kristy Bell, scholar Darby English, and artist David Hartt along with three hundred illustrations.

Those looking for Christmas gifts for the art lover in their life can also enjoy browsing the Whitney’s Hopper merchandise, which ranges from mugs and notebooks to shirts and even skateboard decks. It’s also a trendy gift choice — Beyoncé was just spotted wearing a Whitney shirt while on a date night with Jay Z.

“The catalog is a beautiful, high-quality book that bridges two things New Yorkers love: their city and artist Edward Hopper. His themes of isolation and loneliness have always struck a nerve, but perhaps even more so after our collective experience with the pandemic,” says Jennifer Heslin, director of retail operations at the Whitney. “While we always expected such a relevant book to be a hit with New Yorkers, nothing could have prepared us for the high demand we saw.”