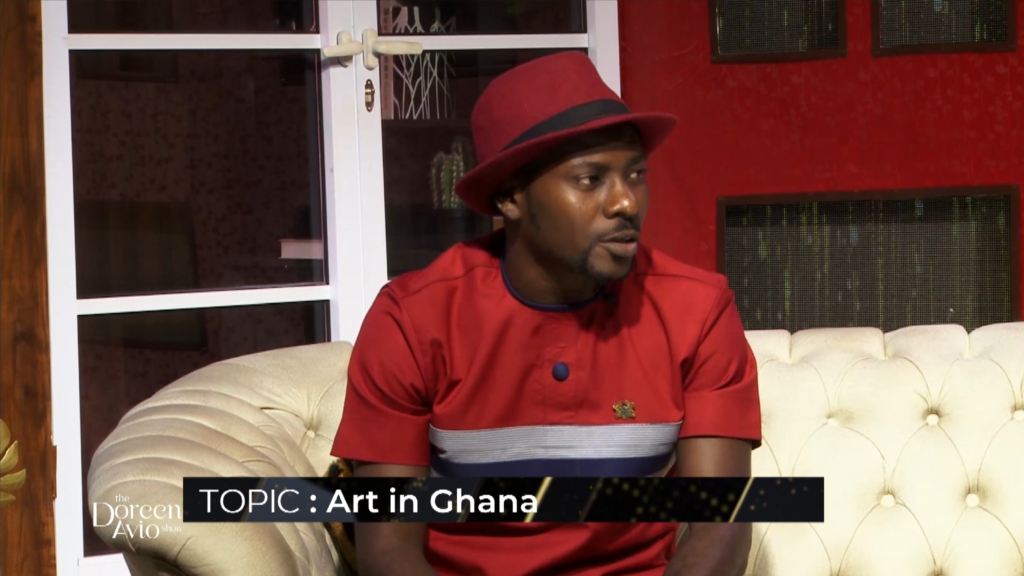 Prince Kojo Hilton is a versatile artist who is breaking boundaries in the art industry and putting Ghana on the map.

The young artist had a hand in a number of famous movies, including working with famous actors.

One such popular personality is the Belgian actor Jean-Claude Van Damme in the movie “Sense 8”.

Mr. Hilton was the scenic artist, and he created the aesthetic impression for the main character in the movie.

“I also had the chance to work with Hollywood in 2012. I was employed by Jean-Claude Van Damme. On that set I worked as a scenic artist. I created the look and feel of the main characters in the film. The film is called Sense 8. It was shot in eight countries, and I happened to be working on the Kenyan version of the Sense 8. So if you watch the film, that was my idea of ​​what the car should look like; the main character’s car has to look for the film,” he said.

The famous artiste made these revelations on The Doreen Avio Show, which airs on Joy Prime on Saturdays.

He added that “I created the fake bullets used in the movie. It was the movie in which I transformed a donkey into a zebra.”

Also in the 2015 war drama movie, Beast of No Nation, Mr. Hilton the painter, a role he played so well that the film won several awards.

Mr. Hilton has worked as a film director, scenic and set designer and special effects artist on various projects around the world.

In his early days in the film industry, the versatile artist worked as an art director on “The Dons of Sakawa” which featured Majid Michel, John Dumelo and Prince David.

Again, he was responsible for designing the look and feel of the 2010 Ghanaian direct-to-video thriller Chelsea, directed by Moses Inwang and starring Majid Michel, Nadia Buari and John Dumelo.

Mr. Prince Hilton was appointed Pan-African Ambassador for Painting in 2019 based on his work and projects.

According to him, his guiding principle as a painter is to solve problems with his paintings.

He also wants the young artists, especially in Africa, to be inspired to be creators and inventors rather than mere painters and sculptors.

“We need to encourage our young people, our children, to understand that art is not just about drawing and painting. But artists must be dynamic, You don’t have to learn to be a sculptor or a painter. You have to learn to be a creator or an inventor. I don’t just paint. I paint to solve problems,” he said.

Mr. Hilton revealed that his works make him feel good but he is not resting on his laurels to achieve more for himself, the art industry and his country, Ghana.

He called on the government to pay more attention to the arts industry and treat it as one of the sectors that can drive Ghana’s development.

DISCLAIMER: The views, comments, opinions, contributions and statements made by readers and contributors on this platform do not necessarily represent the views or policies of Multimedia Group Limited.

Art Deco Interior Design: Everything You Need to Know