The new buildings set to shape the world in 2023 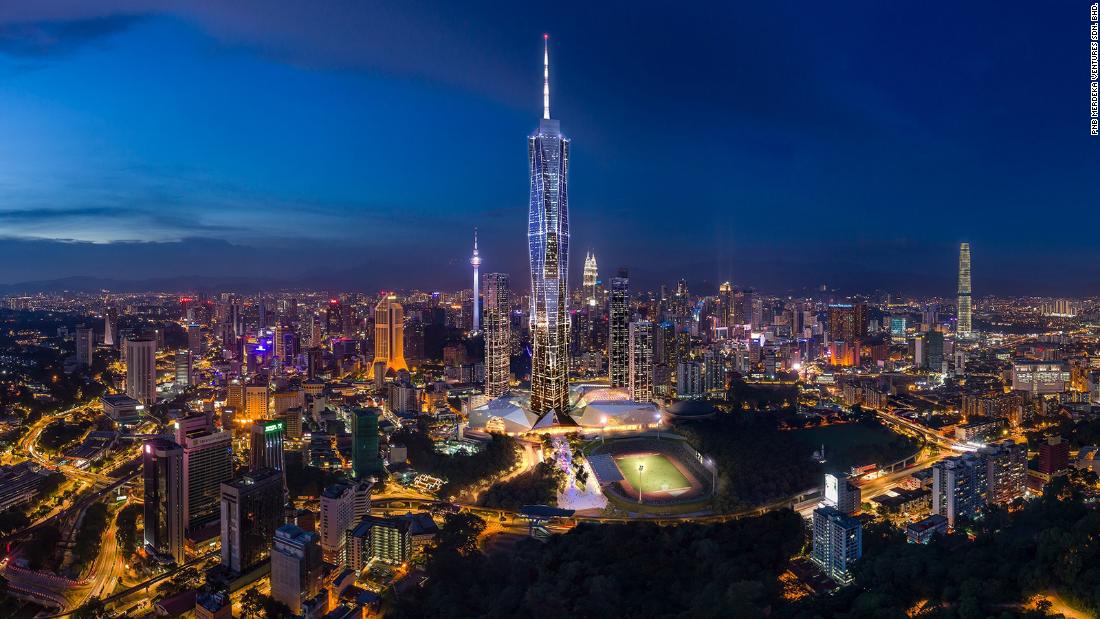 The last year in architecture will be remembered as one of firsts, from the world’s first “raised” skyscraper winning World Building of the Year to Burkina Faso-born Francis Kéré becoming the first African architect to win the prestigious Pritzker Prize win prize
It was also a year in which we lost industry giants like Ricardo Bofill and Meinhard von Gerkan, while gaining long-awaited new landmarks like the Taipei Performing Arts Center and New York’s Steinway Tower.

With construction projects often taking years to complete, delays caused by Covid-19 are still being felt. But 2023 nevertheless promises to be a year of remarkable new openings, whether it’s the world’s second tallest tower or an interfaith religious complex in Abu Dhabi.

Here are 9 of the architectural projects that will shape the world in 2023:

After outgrowing its longtime home, the National Library of Israel – and its vast archive of books, manuscripts and photographs – is moving to a brand new building next to the country’s parliament, the Knesset.

The building’s distinctive upper volume resembles a large block of carved rock, with local limestone mixed into the cement as a nod to Jerusalem’s historic color palette. Inside, facilities including an auditorium, a youth center and various exhibition spaces are arranged around the 50,500 square foot reading room.

Swiss architecture firm Herzog & de Meuron’s design is intended to reflect the institution’s values ​​of openness and accessibility, from a soaring circular skylight to the ground-level display cases that make items from the library’s collection visible to passers-by.

Copenhagen has been named UNESCO’s World Capital of Architecture for 2023, and the Danish capital is packed with examples of sustainable design.

Chief among them is the ongoing redevelopment of the once-industrial Nordhavn (or Northern Harbour) into a pedestrian-friendly “smart” district, complete with green energy supplies and a “super bike path” link to downtown. In recent years, abandoned grain and cement silos have been converted into offices and apartment blocks, while a sprawling United Nations campus, UN City, opened there in 2013.

Danish architecture firm Henning Larsen’s latest addition to the neighborhood, Nordø, is emblematic of the transformation taking place. With a red brick facade that pays homage to the site’s industrial past, substantial public gardens and a rooftop terrace, the 115-home development promises residents an “island oasis” with easy access to the district’s growing collection of restaurants and public spaces.

The late Argentinian architect César Pelli may be best known for landmark skyscrapers like the Petronas Towers in Kuala Lumpur and New York’s World Financial Center, but his firm’s first new project in South America since 2018 is an altogether more humble endeavor.

Located in a forest overlooking the city of San Salvador de Jujuy, northwest Argentina, the Lola Mora Cultural Center is dedicated to its namesake sculptor, one of the early 20th century’s pioneering female artists. In addition to a selection of her works, the institution will house an interpretation center, restaurant, library and studio for visiting artists.

The building, whose shape was inspired by a sculptor’s chisel, is described by architects Pelli Clarke & Partners as ‘net-zero energy’, although it could go further: With the help of on-site wind turbines and solar power generation, the center is expected to generate 20% more energy than it consumes.

Ghanaian-British architect David Adjaye’s firm, Adjaye Associates, said it looked at the faiths’ commonalities in its designs, although each of the three main buildings has a different orientation on the site.

Besides providing places of worship, the complex is intended to encourage dialogue and cultural exchange. To that end, a fourth space — an educational center — will be somewhere “for all people of goodwill to come together as one,” the architects said.

Standing more than 2,227 feet above Malaysia’s capital, Kuala Lumpur, Merdeka 118 is now the world’s second tallest building behind Dubai’s Burj Khalifa. It is also one of only four so-called “mega tall” skyscrapers – a term used to describe towers measuring more than 600 meters, or 1,969 feet – in the world.
When the building topped out last year, then-Prime Minister Ismail Sabri compared the design to the image of former leader Tunku Abdul Rahman raising a hand in the air as he celebrated the country’s independence in 1957 at the neighboring Merdeka Stadium announced. Meanwhile, the Australian architectural firm behind the project, Fender Katsalidis, says the triangular glass surfaces on the building’s facade are inspired by patterns found in Malaysian arts and crafts.

The building (and the sprawling mall at its base) will be completed in the second half of 2023 and promises approximately 1 million square feet of retail space, as well as a 1,000-seat theater, offices, a hotel and Southeast Asia’s highest observation deck.

Destination Crenshaw Credit: Perkins and Will

When a new section of LA Metro’s K Line threatened to bisect Crenshaw Boulevard, locals in the historically Black neighborhood saw an opportunity to push for new infrastructure in an area long underinvested suffered. The resulting $100 million public-private initiative, Destination Crenshaw, hopes to do exactly what its name suggests: make Crenshaw County a destination in its own right, not just a pass-through.

It won’t all be completed by the end of 2023, but several major components — including the largest of the landscaped areas, Sankofa Park, and four “pocket” parks — are expected to be open by the fall.

A major urban transformation is underway in Sydney, where a large area is being built to serve – and benefit from – the city’s new international airport. Officials hope the district, called the Western Sydney Aerotropolis, can become an economic center for the science, technology and creative industries, creating more than 100,000 new jobs over the next three decades.

With the airport not due to open until 2026, there is a long way to go. But every new city starts with a single building.

The Aerotropolis’ first structure – aptly named the Advanced Manufacturing Research Facility (AMRF) First Building – is scheduled for completion in late 2023, acting as a visitor center and hub for the wider development. Built from prefabricated wooden modules and inspired by the movement of water, the light-filled design was overseen by the architectural firm Hassell in collaboration with Western Parkland City Authority and indigenous designer Danièle Hromek of Djinjama, a First Nations cultural research and design practice.

India’s third most populous city, Bengaluru, will welcome its long overdue airport expansion, with Kempegowda International’s 2.7 million sq ft Terminal 2 coming on line early next year. The project will increase the airport’s annual visitor capacity by an estimated 25 million, eventually rising to 40 million after the completion of its second phase.

Green airports like Singapore’s Changi have raised expectations about how terminal buildings can look and feel. And the architecture firm Skidmore, Owings & Merrill took a similar nature-inspired approach with what it called a “terminal in a garden” — a series of interconnected buildings linked by landscaped spaces and populated with plant-based, bamboo-clad pavilions, indoor waterfalls and rattan furniture.

The long-awaited Great Egyptian Museum, which costs more than $1 billion and houses some of human history’s most precious objects, has been plagued by delays since a design competition was announced in 2002. It’s even – optimistically, perhaps – included in this very list about five years back.
Egypt’s Ministry of Tourism and Antiquities did not respond to CNN’s repeated request for confirmation that 2023 will finally be the year the museum opens its doors, although there are many promising signs (not least the announcement of a major concert there in January).

Designed by Dublin-based Heneghan Peng Architects, the 5.2 million square foot structure features exhibition spaces, a conservation center and an atrium tall enough to house an enormous statue of Ramses II (with headroom to spare). Triangular shapes dominate the glass front facade and flow through the building, a motif that nods to the neighboring Pyramids of Giza.