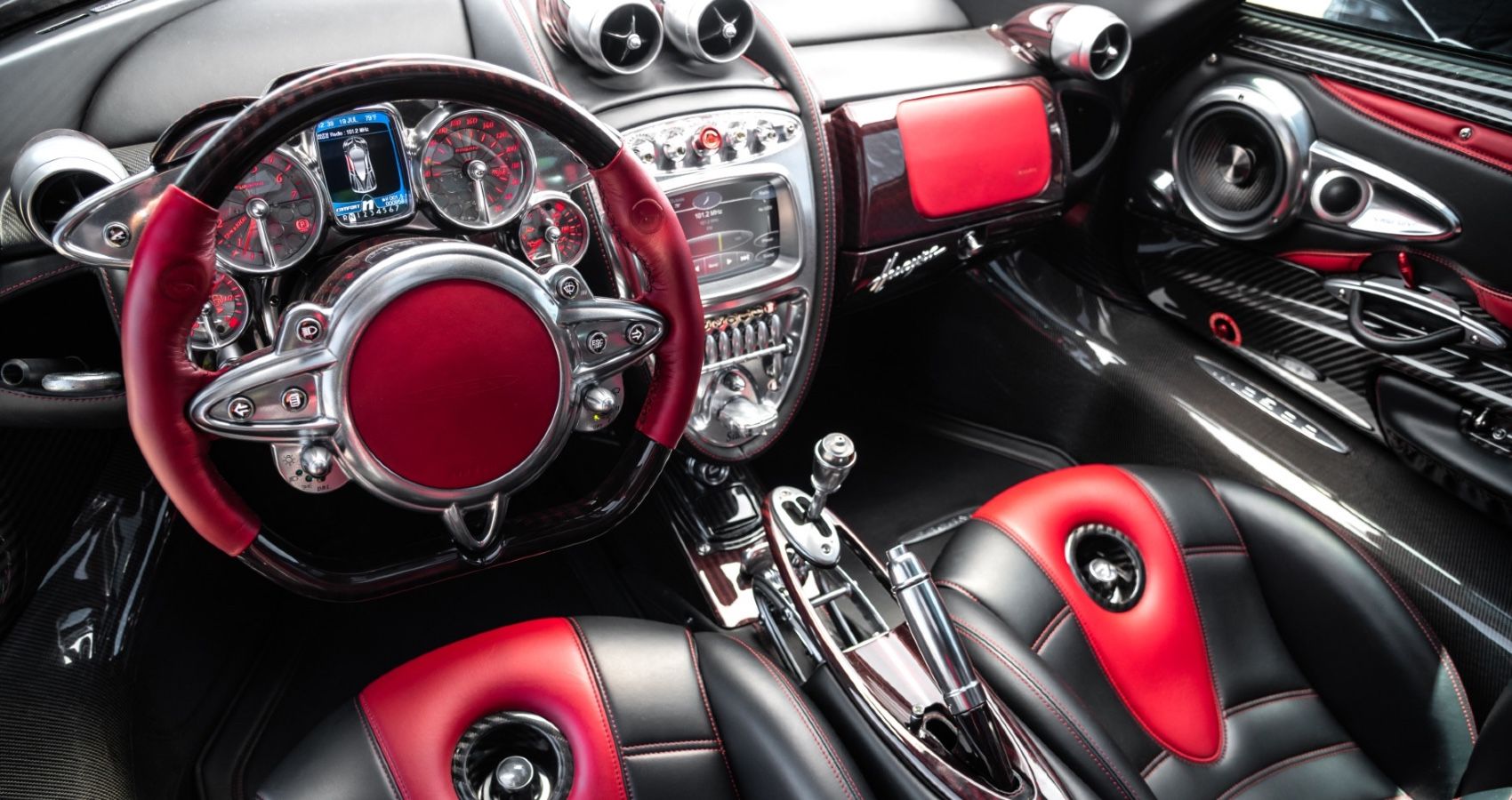 Pagani is one of those manufacturers that many do not understand. Most people assume it’s just another kit car, which it clearly isn’t, as you’ll see. Since most Paganis end up being garage queens, seeing one in the flesh is a privilege reserved for a lucky few.

The Pagani Huayra arrived in 2011 as a successor to the critically acclaimed Zonda. It matches the Pagani badge and sports it quite proudly. Where a supercar costs a few hundred thousand dollars, this engineering masterpiece starts in the millions going even further depending on the level of customization. The Huayra easily qualifies as “art on wheels” with extraordinary levels of visual artistry and craftsmanship.

Left in awe, prepare to be blown away by the hypercar’s crazy intricacies. What you’re signing up for is a breathtaking display of passion, dedication and superb dexterity – all presented in a package that’s simply beautiful. With unmatched quality and next-level attention to detail, the Huayra’s interior is – in simple terms – the automotive equivalent of a luxury watch.

The interior of the Pagani Huayra is simply enchanting

As you make yourself in the saddle, the instrument cluster, followed by the gear shifter and the entire center console in general are made with utmost dedication. There is no plastic whatsoever. Everything is either metal (aluminum or titanium), leather or carbon fiber. The interior is bathed in high-quality animal hide, with additional components such as the climate control buttons and instrument binnacle milled from aluminium. There’s also a 67-piece gear selector stick that’s simply a military-grade tactile tool.

Of course, nothing is limited to a predetermined template. Anything the owner wants is possible with Pagani. Take a look at the footwell, and you’ll be greeted with a set of beautiful pedals milled from aluminum. The chassis you step over—after opening the sexy gullwing doors—is a mix of carbon fiber and titanium. As for the seats, this is another display of craftsmanship. Very sculpted design with the world’s most peculiar height adjustment tool.

It is quite noticeable and is located on the saddle itself, between your legs when you sit. Turning the knob raises or lowers the seat height. As you can see, it’s way beyond your conventionally arranged supercar controls. Overall, the Pagani Huayra is equipped with perhaps the most spectacular car interior of all time. The very best in the industry, we’d say.

Just like the Zonda, a Pagani Huayra is a feast for your eyes to behold. The exterior is impeccably sculpted with sumptuous curves never before seen on a road car. For example, the wing mirrors (literally mounted on the front wings instead of the doors) resemble the shape of a woman’s eye. No one in the automotive industry can think of something like this and actually pull it off unless it’s Pagani.

Pagani cars represent the highest level of precision and attention to detail. One example is the Huayra badge found on the rear bumper. It is made from a solid block of aluminum and takes 24 hours to complete the process. Customers get the block of aluminum—from which the badge is machined—when the car is delivered.

Another fact worth mentioning is that each of the 1,400 bolts in the Pagani Huayra is cast from grade seven titanium, with each individual bolt having the Pagani logo etched into it. At over $80 a piece, the price of the bolts alone is over $112,000. For that money, you could buy two C8 Corvettes or even a decent Mercedes-Benz S-Class.

RELATED: Here’s What Makes the Pagani Huayra BC So Awesome

As Fast As The Wind

The Pagani Huayra uses a 6.0-liter twin-turbocharged V12 from Mercedes that produces 720 horsepower and 738 lb-ft of torque. When the Huayra BC Roadster was launched, it featured a modified version of this (M158 codename) V12 with various tweaks to increase power and efficiency. Weighing in at just under 3000 pounds, the Huayra is capable of a top speed of 238 mph and accelerating from 0 to 60 mph in 2.9 seconds. The level of aerodynamic wizardry is a first for Pagani, and the execution is a display of Horacio’s engineering and artistic skills. Something rare in today’s automotive industry.

Unlike the Zonda, when Pagani was largely a fledgling company, things have changed. If you have the money, Pagani will make any wish come true. All examples of the Pagani Huayra (100 Coupes and 100 Roadsters) were sold out, and occasionally a few reached the used market. Asking prices have gone well above their original MSRP. Most of its new owners pay the premiums, while some find it difficult since there are no Huayras available to buy. Frankly, a first world problem, a glimpse into perhaps one of the few hardships the mega-rich have to endure.