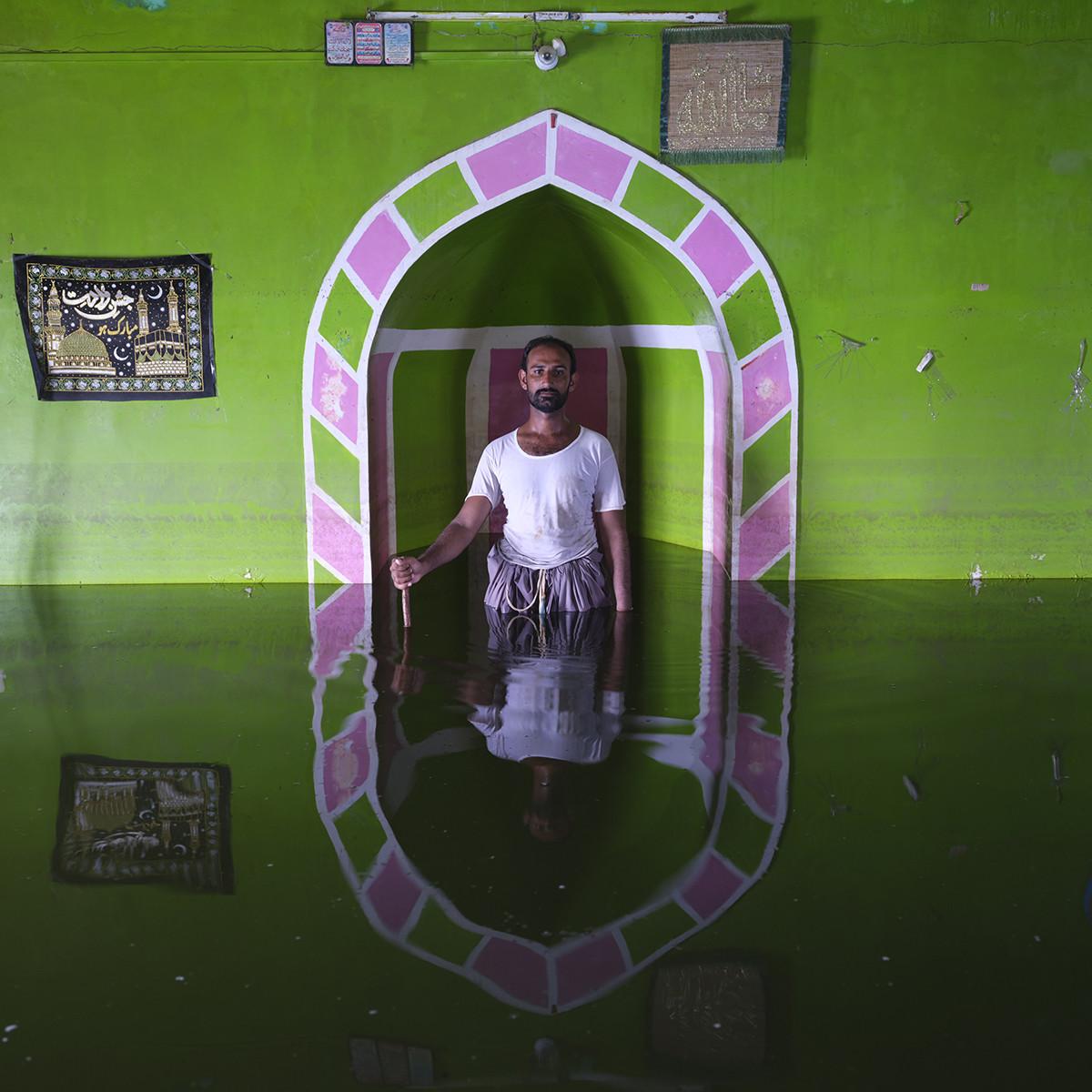 Fire / Flood by London-based South African photographer Gideon Mendel transports visitors from the streets of London to the heart of the climate crisis via a series of powerful portrait images that provide an urgent window into lives devastated by floods and wildfires around the world. It lasts until May 2023, that is The Photographers’ Gallery‘s second major outdoor exhibition in Soho Photography Quarter, its brand new outdoor cultural space located right outside the Gallery. .

Featuring works from Mendel’s Drowning World and Burning World series of photographs, along with a newly commissioned film shown each day from dusk, this free outdoor exhibition is Mendel’s personal response to the global climate crisis. Shot across five continents, with the most recent images taken just a few weeks ago during the floods in Nigeria, Mendel’s work documents a shared human experience of climate change that transcends geographic, cultural and economic divides.

Since 2007, the South African photographer Mendel has undertaken twenty trips to document floods in thirteen countries.

Mendel’s most recent portraits, shown for the first time in the UK, were shot in Bayelsa State, Nigeria and in Sindh Province, Pakistan. Since August 2022, both regions have experienced unprecedented rains and have been devastated by the worst floods in human memory. Countless structures and buildings were destroyed and millions left homeless. Visiting these communities months after the initial flooding, Mendel found that the water levels remained high, still filling people’s homes. Even if the water recedes, the damage to people’s lives is immense. Mendel’s images record this in a deeply intimate and graphically precise way.

The Burning World series is Mendel’s response to the unprecedented increase in the extremes of wildfires around the world, as global temperatures rise. Since the beginning of 2020, he has documented the aftermath of fires that have destroyed homes, killed countless people, and burned millions of hectares of land.

Mendel chooses not to document the burning flames, but instead looks for their aftermath, the traces left behind on lives and landscapes. Made in different communities around the world, the people in his Portraits in Ashes series are framed by the skeletons of their burned homes, inviting us to engage with the scorched world that surrounds them.

Mendel said “My subjects took the time – in a situation of great distress – to engage the camera and look at us from their flooded homes and devastated surroundings. They show the world the disaster that has befallen them. They are not victims in this exchange: the camera records their dignity and resilience. They bear witness to the brutal reality that the poorest people on the planet almost always suffer the most from climate change.”