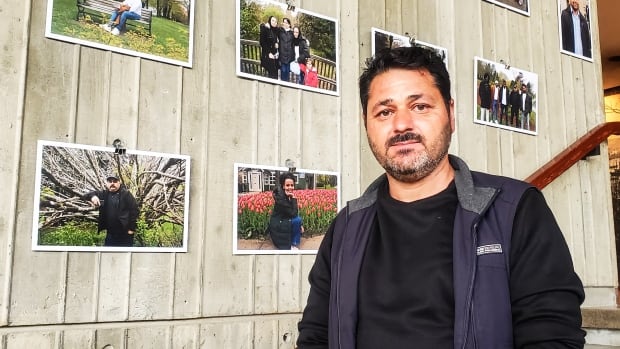 After being forced to flee his home in 2013, a Syrian photographer living in Newfoundland and Labrador completed his first new project in almost a decade.

In collaboration with the New Canadian Society, a new project by Sayed Awad called “Brighter Future … Together” is on display at St. John’s City Hall. The exhibits feature dozens of refugees and new Canadians living in Newfoundland and Labrador.

“He is very happy because his photographs are now seen in people from different countries and different backgrounds,” said Al Hariri.

After being forced to leave his home, Syrian photographers are making a fresh start in St. John’s. His new photo highlights refugees and new Canadians in the city.

Awad worked as a photographer, videographer and video editor in Syria, shooting weddings and sports games since he was 20 years old, Al Hariri said. He has been collecting photographic equipment for years, but increased surveillance by journalists and photographers has forced him to leave it when he fled Syria in 2013.

“He was very worried about being restrained by the camera,” said Al Hariri.

“He had to leave everything and just move to another country without anything from what he spent his life collecting and putting together.”

Awad’s recently enrolled in a language school with the New Canadian Association of St. John’s, and the director discovered Awad’s previous photography career. ANC then asked Awad if he was interested in doing a project featuring new Canadians around the city, and he agreed.

Awad said the cold and cloudy weather was suitable for photo lighting and was pleased with the final result.

“He was very excited and excited to see his work in St. John’s, Canada, after waiting a long time for this to happen,” Alhariri said.

“He is very excited and looking forward to resuming his career,” he said.

“Brighter Future … Together” will be on display at St. John’s City Hall until July 22nd.