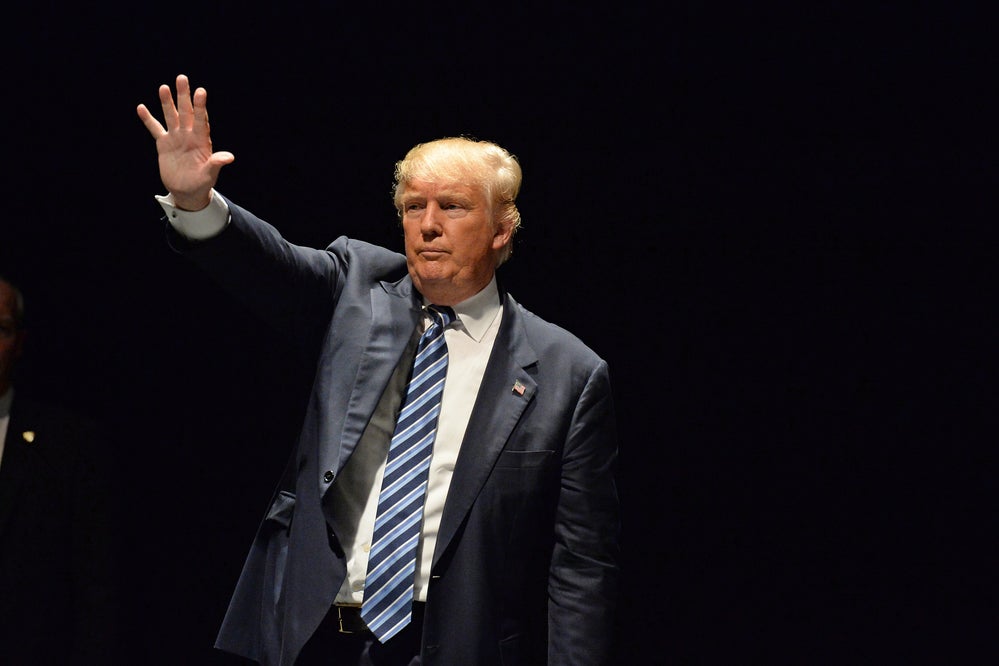 what happened: According to the researcher, Trump’s recently launched NFT project employed the creativity of the same artist who worked on Stallone’s aborted NFT collection.

The researcher noticed this Clark Mitchell provided the artwork for the collection, though it has since come under fire from Twitter users who have noted various inconsistencies. For example, some of the artwork may have actually been copied from stock photos or Amazon costumes.

So what happened to Sylvester’s project? After gaining a lot of traction, the team mysteriously went dark and the website and Discord invites disappeared, according to the researcher. Everything appeared to be ready to launch, or “presumably still intact, and perhaps still wanting to launch.”

The Stallone’s Collection gave token holders exclusive access to incredible experiences, such as the Ultimate Stallone Experience – a dinner hosted by Stallone himself.

Benzinga found out that Mitchell was part of Stallone’s NFT collection. Clicking on the link on his Twitter bio will give you access to all of Mitchell’s work, including the link to Stallone’s NFT project.

The popularity of the Donald Trump Digital Trading Cards has skyrocketed since their launch on Thursday, with the entire collection selling out within 24 hours. Data from OpenSea shows that the total trading volume of the collection is a staggering 6,658 ETH, or about $7.8 million at current prices – with a starting price of $99.

The Trump Digital Trading Cards project has been incredibly volatile. The floor price peaked at around 0.84 ETH ($1,182) on Saturday, only to drop as low as 0.33 ETH ($390) by early Sunday morning – representing a significant decline in value.

Warden and Clark Mitchell did not respond to Benzinga’s comments by press time.

Snøhetta Unveils Design for The Museum of Sex in Miami, USA