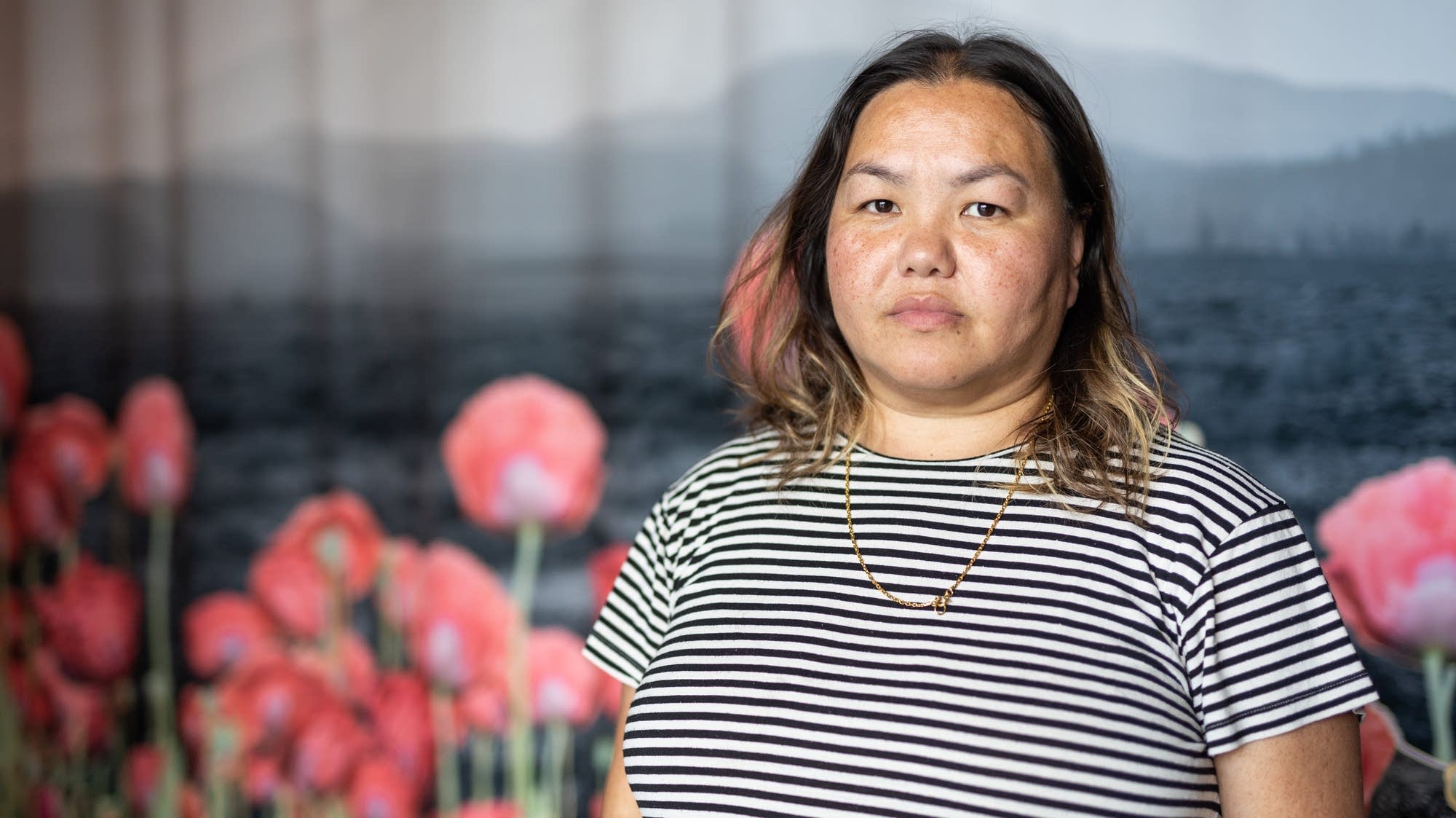 Twin Cities-based photographer Pao Houa Her turned the COVID time road trip into a pondering Hmong history. As a result, her first solo exhibition at Walker Art Center will be held.

Walker’s exhibit, called “Pajqaumntuj” or “Flowers of the Sky,” presents her black-and-white landscape photographs of the Mount Shasta region of Northern California. It’s a departure from her usual portrait work, a fascinating story about the community’s relationship with its history and land. The exhibition started on Thursday.

First, the visitor sees one hanging banner of the landscape, with illustrated pink and green opium flowers that provide a pop color to the foreground.Video on the back wall fills the hall with music kwv-txhiaj, Hmong poetry.

The rest of the work is black and white. The only light comes from the box in which they are mounted.

She started this project after COVID-19 was forced to change direction. In the spring of 2020, she suspended her portrait work because she couldn’t meet people in person. She brought a camera on an expedition to visit her family in California. There she was intrigued by the story of Mount Shasta.

The area has a large Hmong population. Many of them grow marijuana. In recent years, they have faced droughts, fires, and legal problems with marijuana farms.

She was impressed with the similarities between this community and the experience of the Hmong people in Laos. From the 1940s to the 1960s, they were the major opium producers in the mountainous regions of Laos. She says the people who spoke at Mount Shasta see marijuana cultivation as a continuation of that tradition.

“History has such a really interesting way to recycle,” she says. “The Hmong are given these lands that they may not be able to live in, and they must do what they have.”

“The Hmong can turn it around.”

Her work often focuses on the diaspora and migration themes, and the “flower sky” is no exception. The video played on the back wall provides this context for the exhibit. There will be a Lao man singing to come to America and a Minnesota woman singing to return to Laos. The title of the work is translated in English as “I miss you, please come back.”

By filming the landscape of the western United States, she thought of the early generation of photographers who became popular there. She studied works by Ansel Adams, Timothy O’Sullivan, Carleton Watkins and others to find out how they made the landscape look attractive.

She tried to capture a kind of “magnificence” in landscape photography of Mount Shasta, centered on the Hmong community. “Flowers of the Sky” is a translation of the Hmong phrase meaning marijuana.

“I’m definitely not trying to seduce someone to come to the West, but I think it really helps to think about it within the scope of my work,” she says.

The exhibition is playing with the idea of ​​captivating the audience with a lightbox display. She wanted to imitate advertising in malls and airports.

She wants Hmong speakers to have as much access to the exhibits as possible. The captions in the photos are both Hmong and English, and the Hmong titles on display stand out on the outer walls.

The song being played in the video is Hmong and has no captions on the screen. Non-Hmong speakers can instead scan the QR code to see the lyrics transcript. She wants to welcome Hmong visitors, whose songs are not always welcomed in museums.

“Listening to yourself in a previously inaccessible facility can be really beautiful,” she says.

“It’s a great honor to have an artist like Pao who not only represents and sympathizes with these communities, but also represents them in a poetic and beautiful way,” says curator Matthew Biller Miranda. increase.

The exhibition is until January 2023.