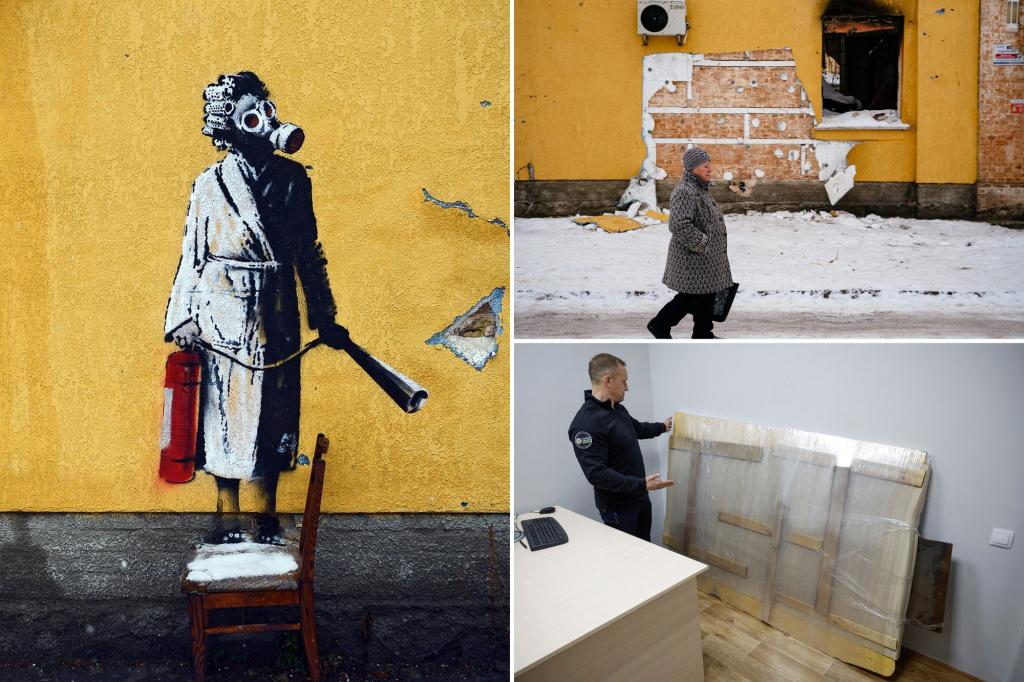 Police foiled an attempt to steal a mural painted by enigmatic British street artist Banksy from a wall on the outskirts of Kiev, officials said.

The painting, an image of a person in a gas mask and nightgown holding a fire extinguisher, went missing on Friday after thieves removed it from the wall of a war-torn house, Kyiv Governor Oleksiy Kuleba said in a a Telegram post said.

“A group of people tried to steal a Banksy mural. They cut out the work of the wall of a house destroyed by the Russians,” said Kuleba.

The artwork was recovered by Kyiv police, who arrested eight people in connection with the theft.

“All were between 27 and 60 years old,” Kyiv police chief Andrey Nebytov said, the Guardian reported. “They are residents of Kiev and Cherkasy.”

The painting was one of seven created by the mysterious street artist across Ukraine last month, including a mural of a female gymnast balancing on a pile of rubble and a young child in a karate outfit beating an adult hit opponent, both in Borodianka.

Another shown showed a young boy flipping Russian President Vladimir Putin on his back in a judo match.

The elusive artist shared the paintings on his Instagram feed. The one targeted in the theft was in a video he posted.

“I want to emphasize that Banksy’s works in the Kyiv region are under the protection of the police,” Kuleba said on his Telegram channel. “After all, these images are a symbol of our fight against the enemy. These are the stories about the support and solidarity of the whole civilized world with Ukraine. Let’s do everything to preserve the works of street art as a symbol of our future victory.”

Kuleba added that “consultations on the storage and future fate of the mural” are being conducted by authorities, the community and representatives of Ukraine’s Ministry of Culture and Information Policy.