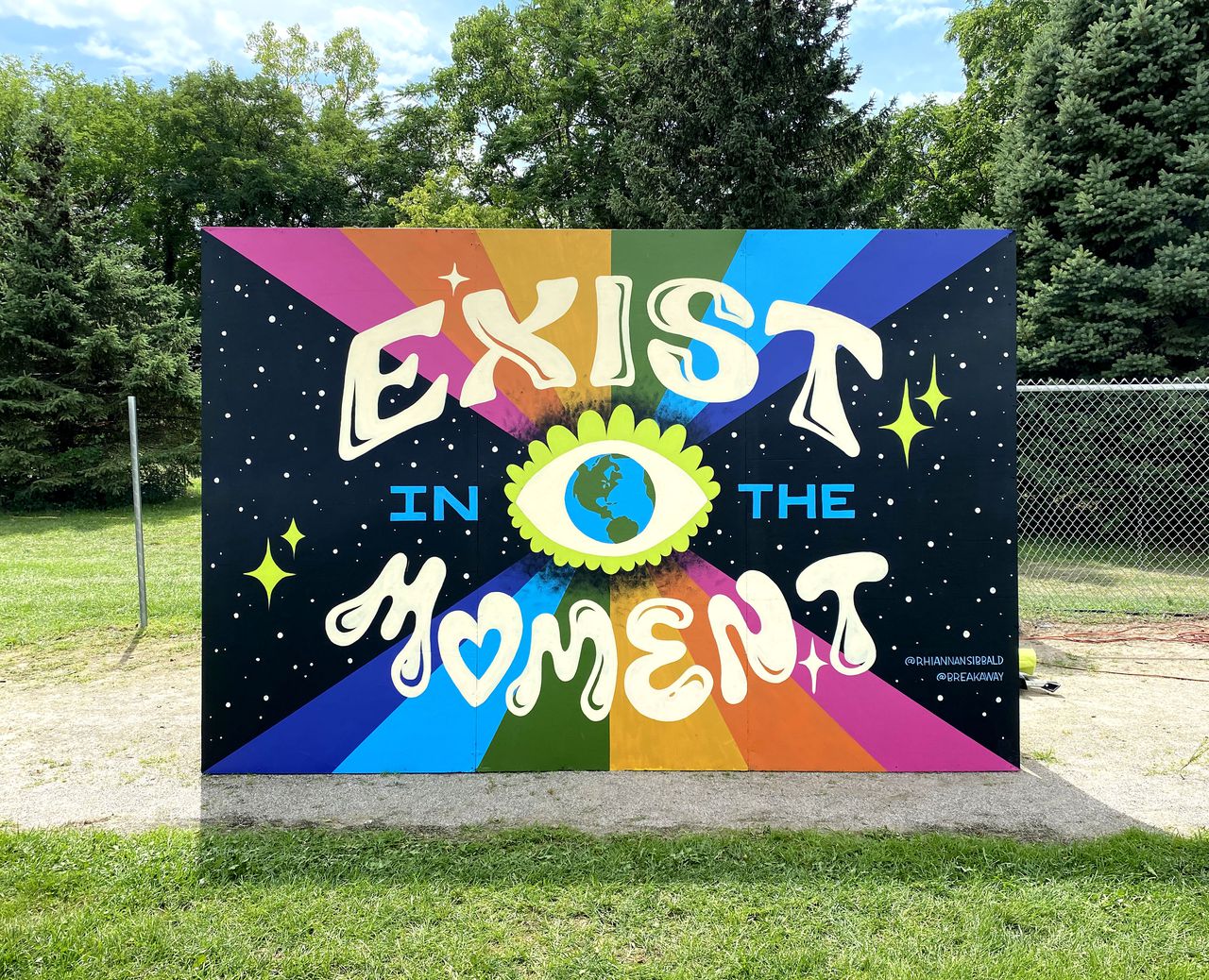 JACKSON, MI – Growing up in Michigan’s Upper Peninsula, Rhiannan Sibbald and her three younger sisters had to get creative when it came to entertaining themselves.

“We didn’t have internet until high school – and we were just forced to be imaginative,” says Sibbald (26), who is from Sault St. Marie is coming.

Crafts, short story illustration and even a small fashion design stint in middle school really fueled her creative mind, Sibbald said, and now this artist is ready to show her talents to Jackson at the Bright Walls Mural Festival.

Sibbald is one of 33 artists painting the walls of buildings in downtown Jackson as part of the festival’s finale Sept. 8-11. By the end of the festival, Jackson will be decorated with 74 murals created since 2018 by artists from around the area, state, country and world.

Related: Bright Walls is one step closer to its grand finale in Jackson

“It’s honestly surreal, there was a call for Michigan artists to be at Bright Walls and I applied and entered,” Sibbald said. “I was pretty surprised when I got it because I know a lot of my art peers and friends have been trying to get into this festival for a while.”

Growing up, Sibbald’s family was very into music, especially her father, who she says had an extensive record collection. As a result, she was constantly surrounded by the imagery and decorative band titles and illustrations on album covers, specifically Pink Floyd, she said.

Those visuals found their way into Sibbald’s artwork, and she now focuses on painting letters with some illustrations behind them, she said. She describes her style as “hippie, 1960s and psychedelic art.”

After high school, Sibbald took her artistic talents to the art and illustration programs at Grand Valley State University. Her senior project at GVSU, she said, was a psychedelic poster set from the 1967 Monterey Pop Festival featuring Janis Joplin, Jimi Hendrix and Ravi Shankar.

After college, most of Sibbald’s work focused on graphic design until 2022, when she decided to focus on her own work and became involved with Lions and Rabbits Center for the Arts and was able to paint a storm drain in Grand Rapids, she said.

Along with some murals in her hometown, she also did a live painting of a mural at Breakaway Music Festival in Grand Rapids.

“All those experiences work as a really good primer for Bright Walls,” Sibbald said.

Sibbald said she was particularly excited to represent the Upper Peninsula at Bright Walls.

“It feels like the UP is being left out or forgotten, so it’s just nice to be able to show that there is artistic talent coming from that area,” said Sibbald.

The Bright Walls final was originally planned for 2020 and then again in 2021, but was pushed back due to COVID-19. This year’s murals will vary in sizes, including large walls, alleys and doorways.

Related: A new mural is taking shape in Jackson in preparation for Bright Walls finale

Sibbald’s wall is divided between strips from seven other Michigan artists, and is located at The Assembly Jackson, 141 E. Michigan Ave. While she’s keeping the final design a secret until the event, people can expect bright rainbow colors, giant flowers and, of course, some whimsical letters, she said.

“I just want to inspire people to be really happy when they watch it,” she said.

Along with artists painting, the Bright Walls finale also features themed events each day, including a dog parade and painting competition. Food trucks will also be downtown this weekend and there will be live music on Friday and Saturday.

Student made threats to kill Jackson County school staff, according to testimony

Thousands of Michigan third-graders may have to repeat a grade, new data shows