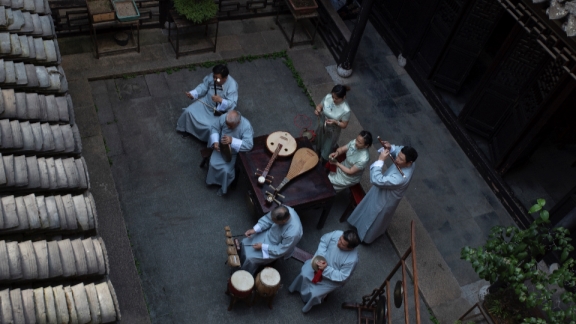 Photographer Chen Haiwen turns his camera on Shanghai again after 20 years, and this time he focuses on the city’s cultural origin Songjiang District.

“It is a big surprise to me that Songjiang has changed so dramatically over the decades. It is no longer the place I knew before,” he said.

Chen (64) made a splash in art circles 20 years ago with his series “Shanghai”. He took photos of over 2,000 old Shanghai factories and documented their ups and downs in the city’s urban development. “It has been my lifelong mission to chronicle Shanghai’s growth and transformation with images,” the veteran lensman pointed out. “It is now time for me to look back at the city.” 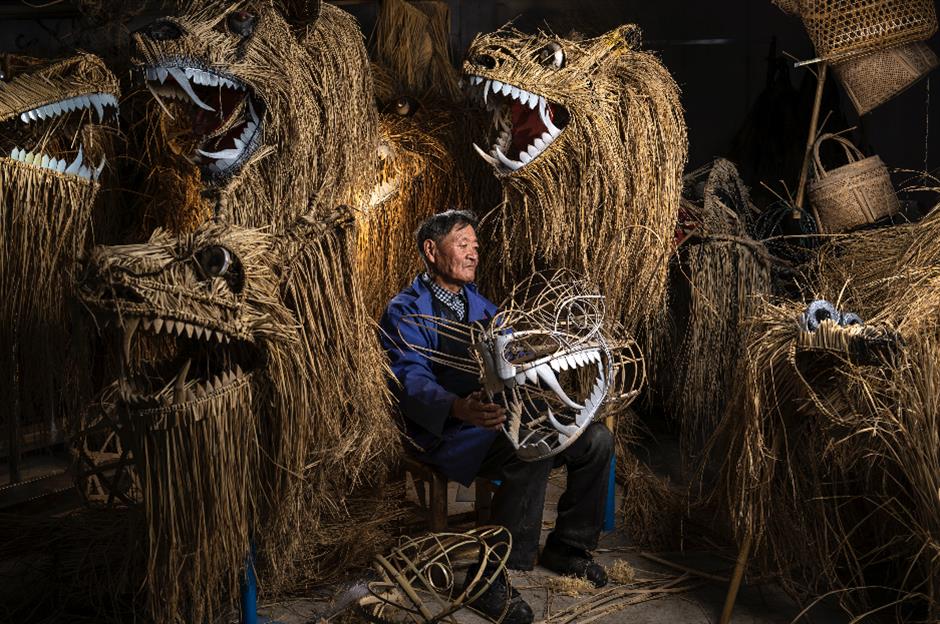 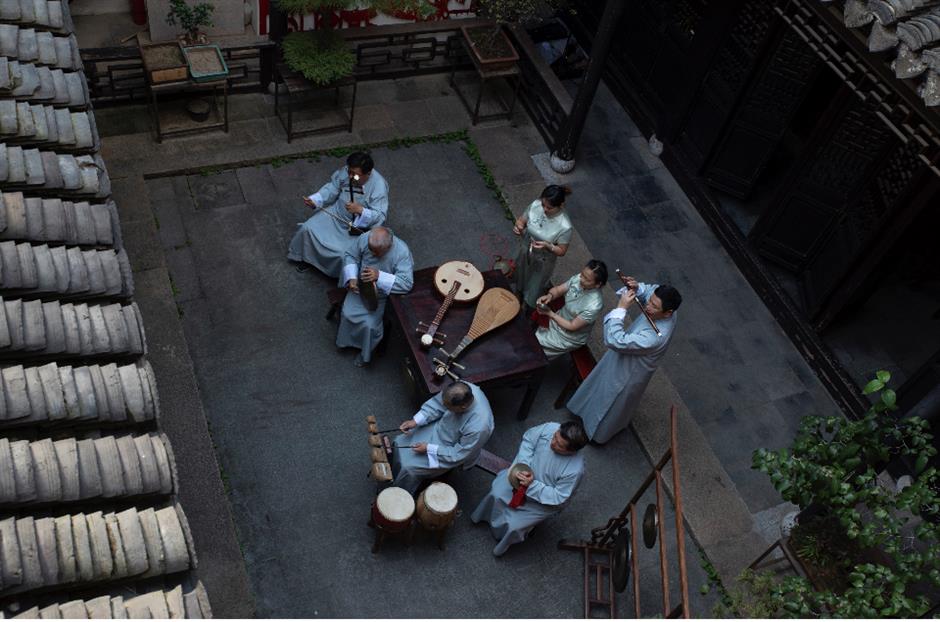 Folk musicians give performances in a historic house.

Songjiang is one very important stop in his photographic project. But when he zooms in on the suburban district, the stereotypes he had about the place are shattered. “Songjiang is more than rice fields, water towns and brick houses. It is old and traditional, but it is young and modern at the same time,” he noted.

The place’s past, present and future are held between the shutter clicks. He photographs Guangfulin Cultural Relics Park in the golden twilight, an old craftsman making a straw dragon, the busy work scenes in high-tech companies and the slow local life in the back lanes. He even drove two hours to capture the moment when two trams, Songjiang’s iconic mode of transport, met in front of a bustling shopping plaza.

The visual impact is the first thing that catches the photographer’s eye. He uses drones to take aerial photos of the London-themed Thames Town, the Pit Hotel built 88 meters below the ground of an abandoned quarry, and the golf courses. “When I worked in Thames Town, I sometimes felt like I was walking in Richmond on the real Thames, London,” said Chen.

He also captures how ordinary people live. One of Chen’s favorite works is a snapshot depicting locals having afternoon tea in the 500-year-old prime minister’s mansion. The modern lifestyle echoes with the traditional Chinese architecture behind, revealing a new aesthetic scene in the picture.

What amazes Chen the most is the futuristic atmosphere in ancient Songjiang. He and his team ventured into high-tech companies and young start-ups. “I felt the great energy of these young people, who are positive, assertive and ambitious,” he said of the days spent at Giant Network, an online game developer based in Songjiang.

In another photo, two rainbows meet in the middle of the sky above Songjiang University Town, like a bridge connecting the district’s past, present and future. 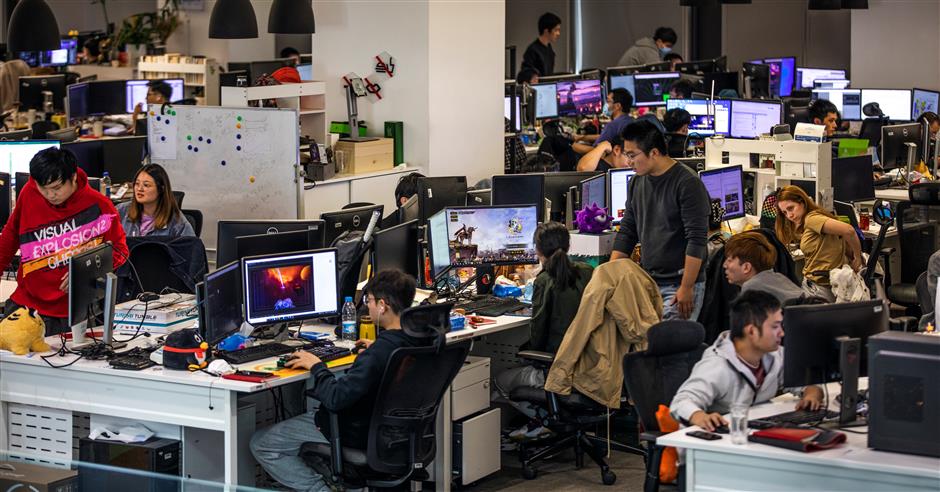 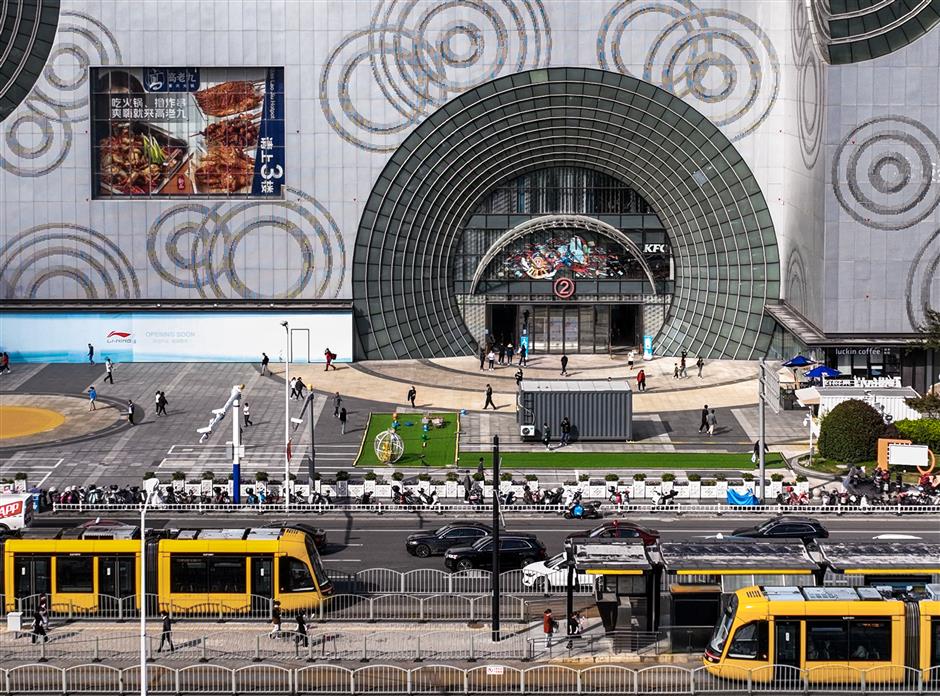 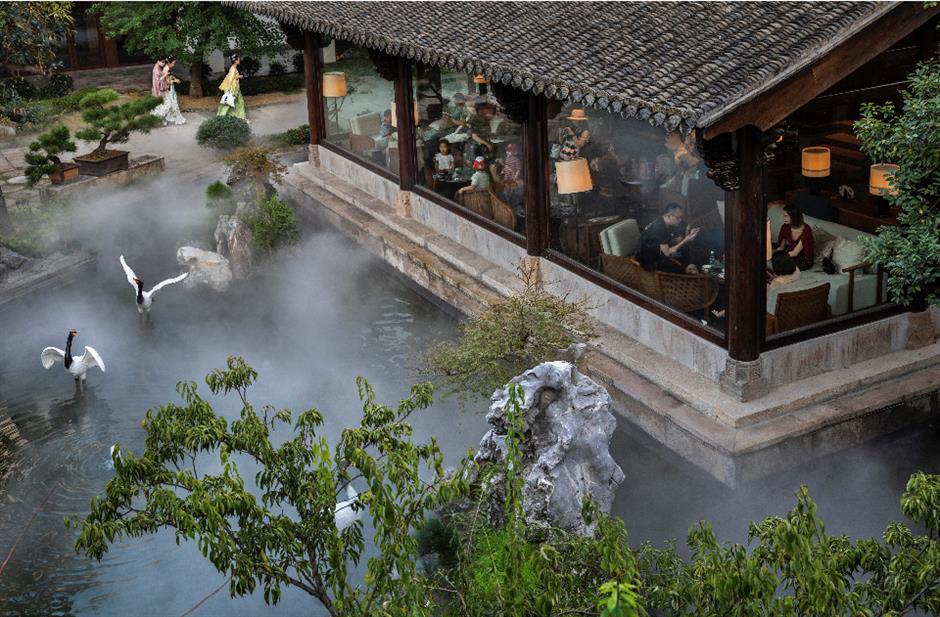 People have afternoon tea in the 500-year-old prime minister’s mansion. 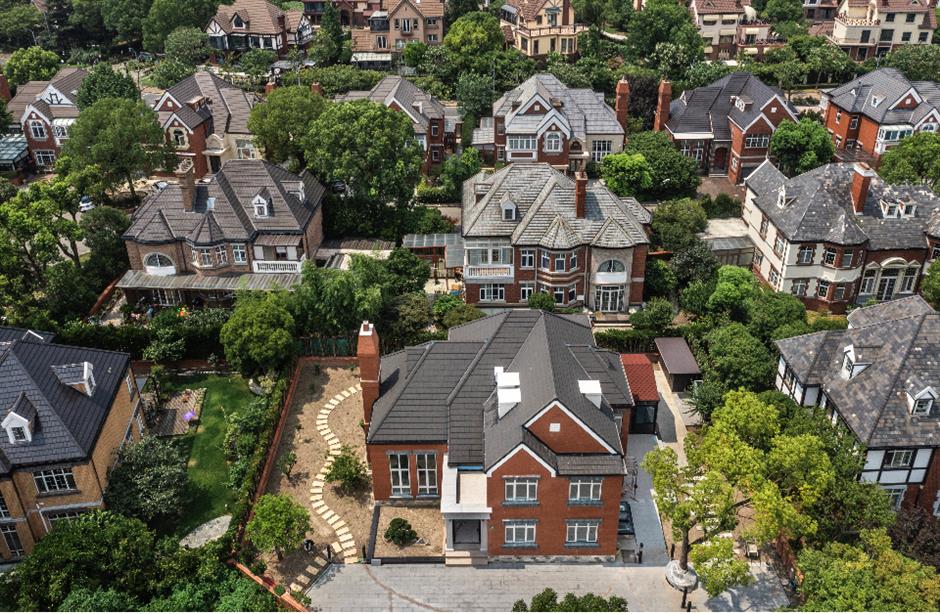 How to lay a Christmas table: Interior designers share ‘key’ to ‘perfect’ tablescape