‘Visualizing the Virgin’ shows Mary in the Middle Ages : NPR 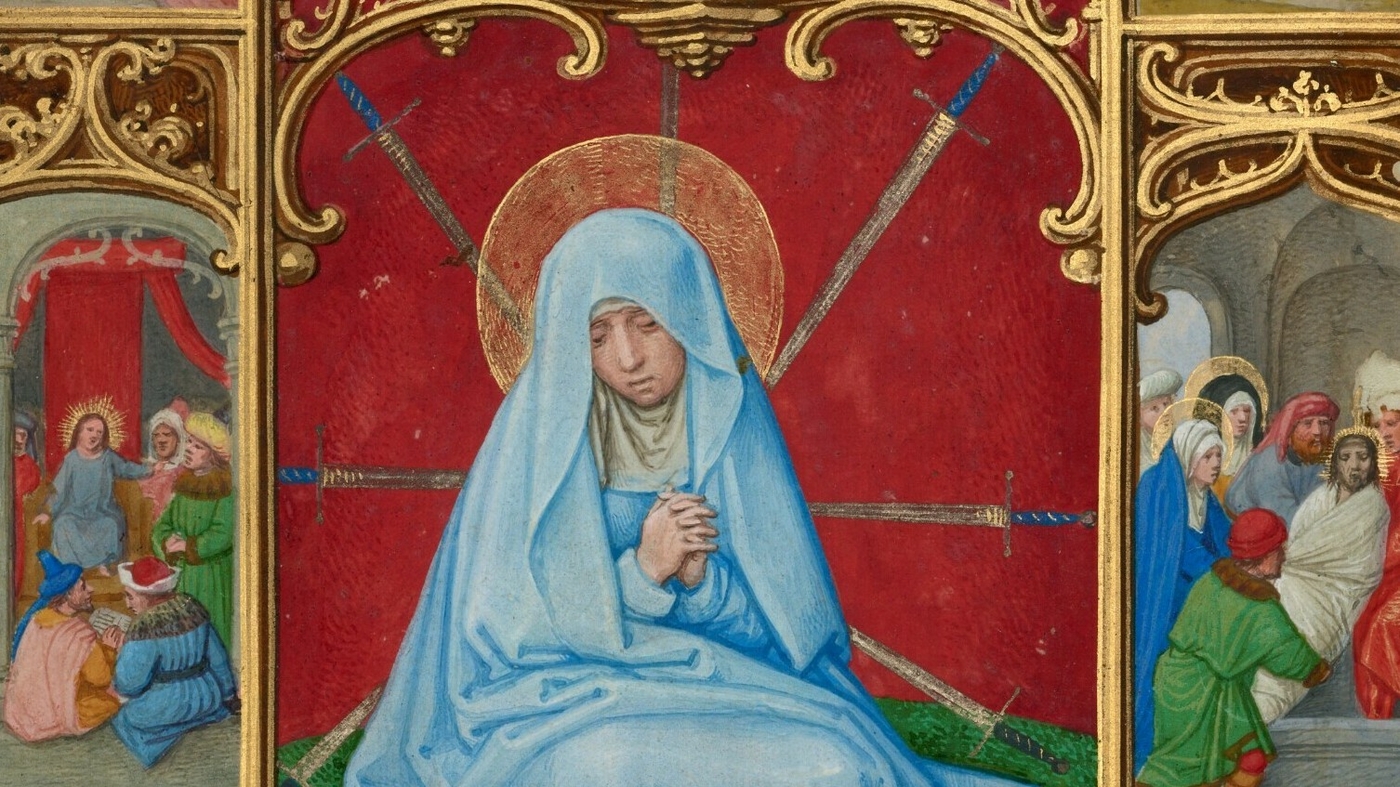 The seven sorrows of the virgin, from Prayer Book of Cardinal Albrecht of Brandenburg, about 1525-1530, Simon Bening. Tempera colours, gold paint and gold leaf on parchment.

The seven sorrows of the virgin, from Prayer Book of Cardinal Albrecht of Brandenburg, about 1525-1530, Simon Bening. Tempera colours, gold paint and gold leaf on parchment.

For religious Christians, Christmas is all about Jesus Christ. But his mother Mary was also giving birth. Over the centuries, Mary has become one of the most popular figures of Christianity. Yet she appears on only a handful of pages in the Gospels. Visualization of the Virgin Mary – an exhibit of illuminated manuscripts at the J. Paul Getty Museum in Los Angeles – shows how she was depicted by artists in the Middle Ages, before Renaissance artists decided she had golden curls, perfect skin and blue eyes.

Mary does not seem so cozy and welcoming in the early manuscripts. The exhibit, curated by Maeve O’Donnell-Morales, shows her as thin and dull, a devoted mother.

Yet much of Mary’s popularity rests on her approachable personality, says Elizabeth Morrison, senior curator of manuscripts at the Getty Center.

“In the early Middle Ages, Jesus was a bit of a scary figure,” she says, explaining that talk of damnation and hellfire was a little disturbing to ordinary worshippers. “So they latched onto the Virgin Mary as someone they thought could really empathize with them. They had someone who was kind of on their side.”

Mary was warm, inclusive, understanding. Devout Catholics told her their problems, and she told them to her holy Son.

For centuries there has been debate about Mary. Was she born without original sin? Was Christ her only child? Was she really a virgin? What about after Jesus was born?

In the Gospel of James, a midwife doubted that the Virgin was still a virgin. That gynecological observation did not go well for the midwife. Her hands shrank. The midwife went to see Mary and said: I no longer doubt you. You are totally a virgin. The Virgin asked an angel to bring back the doubting midwife’s hands. And so it happened.

Thousands of years later, the stories continue. Some contemporary artists are changing assumptions about what the Virgin represents.

“All to the good,” says Morrison. “They make us think twice about it. They say ‘OK, she’s not the figure you thought you saw’.”

Today’s artists see the Virgin as a feminist, a West African deity, an inspiration for tattoos.