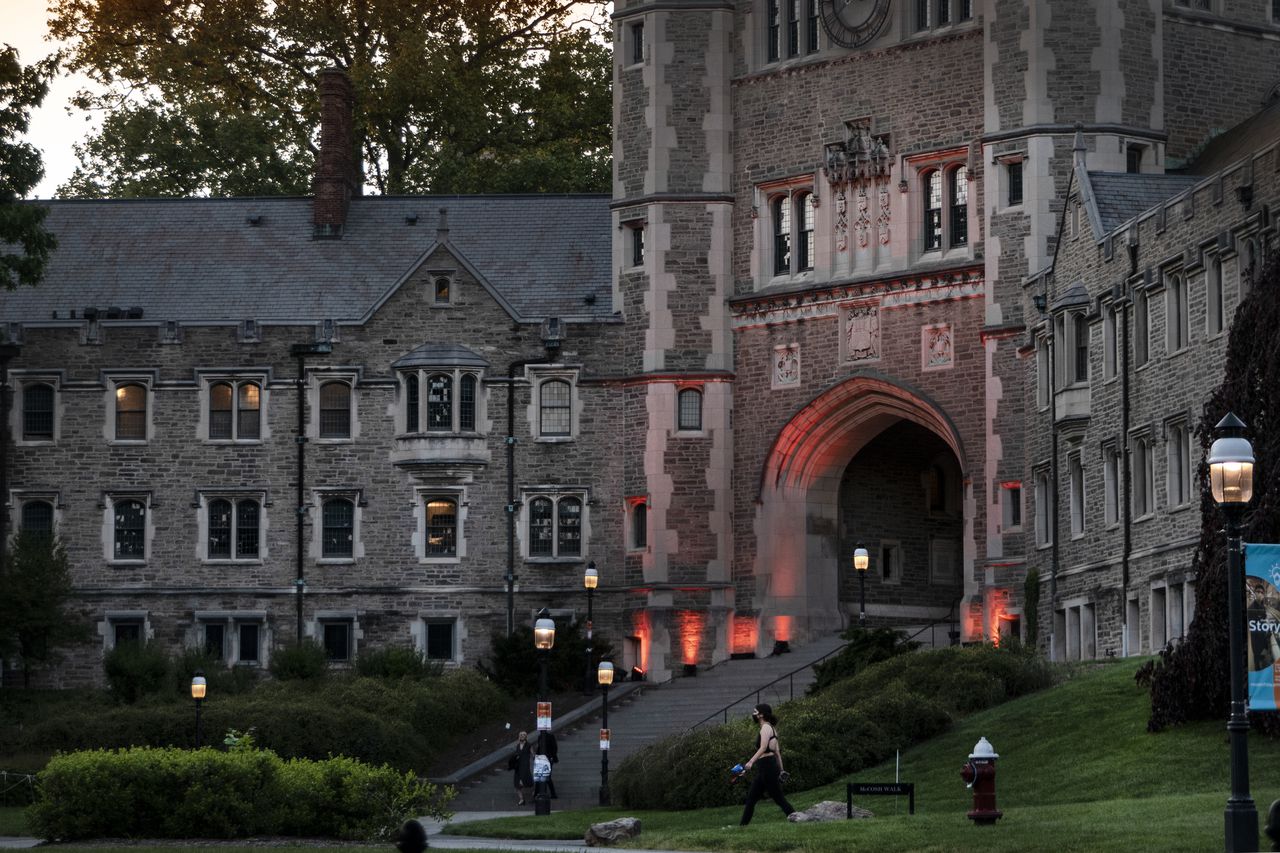 A distinguished Princeton University graduate is donating eight iconic, abstract paintings to be displayed in the university’s art museum when it reopens in 2024, campus officials have announced.

Preston H. Haskell III graduated from the Ivy League University in 1960 with a degree in civil engineering and five years later founded the Haskell Company, a construction company headquartered in Florida. Haskell, who is also a former minority owner of the NFL’s Jacksonville Jaguars, is known in the art world as one of the top collectors in the country.

His eight donated paintings — including works by Mark Rothko, Willem de Kooning, Gerhard Richter and Joan Mitchell — will be among the attractions at the new Princeton University Art Museum, the university announced Tuesday.

The new museum, which has been under construction since last year, replaces the university’s previous museum which dates from the late 19th century.

The donation from Haskell’s private collection is “one of the most significant gifts in the museum’s history,” the university’s announcement said.

Neither Princeton nor Haskell provided an estimate for how much the paintings are worth. Works by Rothko, de Kooning, Richter and Mitchell have recently sold for tens of millions of dollars each, but it’s unclear what each of the pieces Haskell donated to the university would sell for at auction.

“With his wonderful gifts, Preston makes a historic addition to the art museum’s collections and provides a vibrant forum in which they can be explored and studied. We are deeply grateful to Preston for his tremendous generosity to the art museum and for his decades-long commitment to the arts and humanities at Princeton,” the university’s current president, Christopher L. Eisgruber, said in a statement.

Haskell also made a gift of an unspecified amount to the university’s Venture Forward campaign to help build the new Princeton University Art Museum. A new education center at the museum will be named after him.

The donated works are:

Haskell, 84, has long maintained a connection to Princeton. He served on the art museum’s advisory board for 24 years beginning in 1990 and remains an honorary member. He served on Princeton’s Board of Trustees from 1996 to 2000 and again from 2002 to 2006.

Described by Princeton as an “avid art collector,” Haskell was noted in Art & Antiques magazine in 2003 as one of the top 100 collectors in the country.

“Having a great art museum is important to the primary mission of the university, which is teaching, learning and research,” Haskell said in the statement.

“Without the great collection and the scholars, curators and researchers – both permanent and visiting – you couldn’t have a great museum and you couldn’t have a great educational experience. It is also the community museum, located in the central part of the campus and open to the public. This gift was motivated by helping one of the best art museums in the region move to the next level,” said Haskell.

Haskell remains chairman of the Haskell Company, 57 years after he founded the company, Princeton said in the announcement. The construction company works on more than 100 projects worldwide and employs more than 1,700 architecture, engineering, construction, design and consulting professionals.

The art collection at Princeton University dates back to the 1750s, the university said. It includes 114,000 works and is one of the oldest art collections in North America.

Please Join now and support the local journalism you rely on and trust.

Rob Jennings can be reached at [email protected].

‘Tastes can be fickle’: how did a giant modernist sculpture end up gathering moss in a Milton Keynes field? | Art