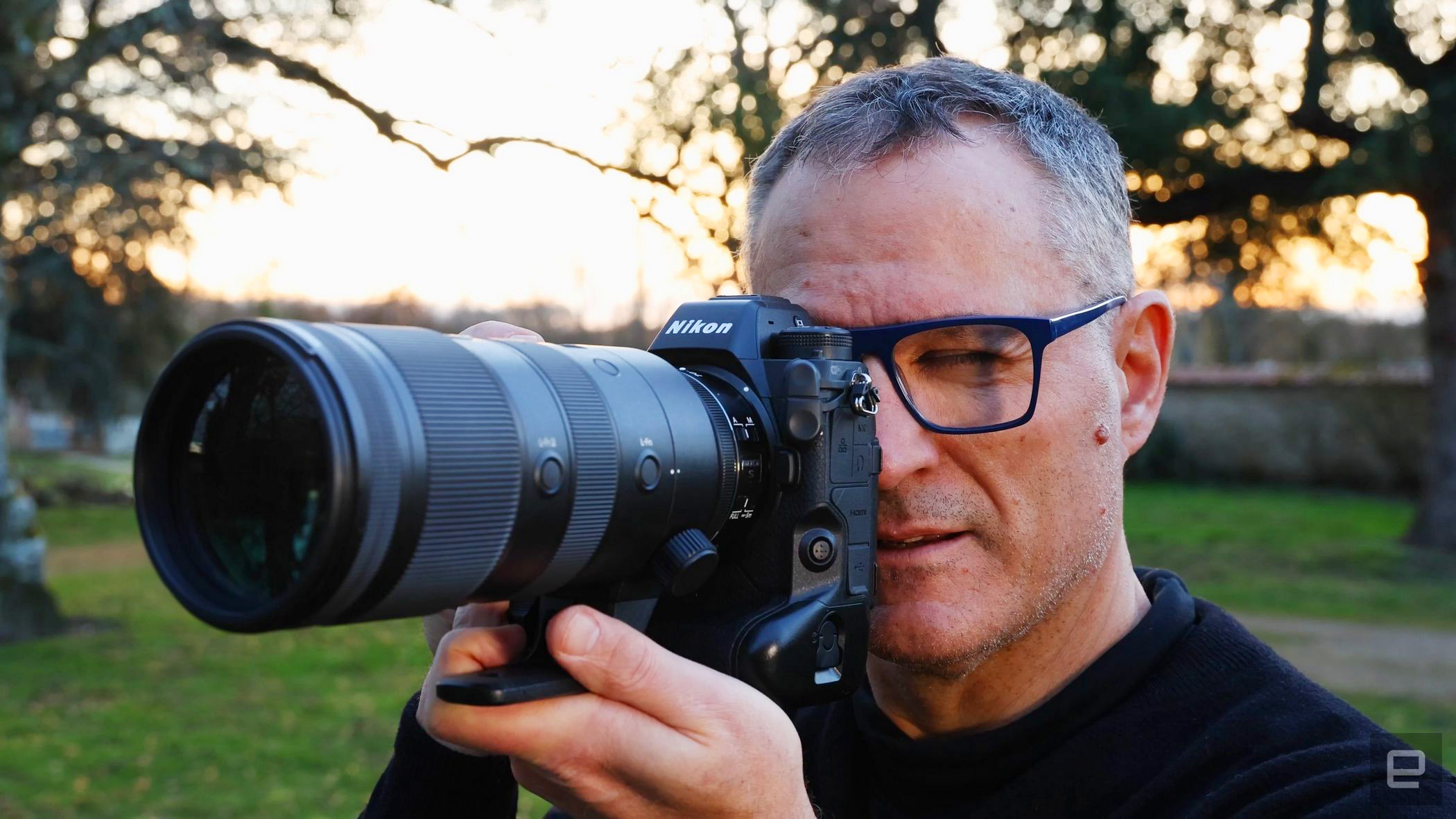 The biggest news in the camera industry this month is that Nikon has reportedly stopped developing a new SLR camera and has finished running in 1963. From now on, we will only focus on mirrorless Z mount models such as the Z6, Z50 and the recently launched Z9 flagship.

This is a change in the seismic industry, as Nikon has a history of being famous for SLRs back to the iconic Nikon F, launched in 1959. But that’s not the only thing going in this direction. For Canon, the EOS-1D X Mark III is already the final flagship DSLR, and Sony switched to selling only mirrorless cameras last year.

Until recently, it was said that SLR cameras were better than mirrorless cameras for action photography. What happened? Simply put, the mirrorless model has improved dramatically over the last few years, making DSLRs meaningless.

Many professional photographers hold DSLRs, mainly because of speed. As mentioned in the Upscale series a few years ago, reflective cameras have a dedicated autofocus sensor under the mirror. They are so fast that they focus exactly on each shot, allowing for high burst shooting speeds. For example, the Canon 1DX III can shoot at up to 16fps with AF and autoexposure enabled.

Many serious shooters still like the optical viewfinder. They believe that physical views through prisms and mirrors are better than artificial electronic displays, and they want a reliable subject view. Of course, the downside is that the mirror is lifted and the display is blocked, so you don’t see the image when you shoot.

The last important point is battery life and handling. The flagship DSLR camera is a huge telephoto lens, especially used by sports and wildlife photographers, with a heavy body and large grip for a stable shooting platform. It is also covered with dials and buttons for ease of handling. And since the optical viewfinder obviously doesn’t drain the battery, the DSLR can take more pictures on charge.

That was true until recently, but modern mirrorless cameras have eased most of those concerns. The most important change is the introduction of stack sensors. They have much faster readout speeds that allow for quick burst shots and more accurate autofocus. It also reduces rolling shutters in electronic mode, reducing photo distortion and video wobbling.

Canon’s EOS R3 is a good example. It’s a bit slower than the 1DXMark III DSLR in mechanical shutter mode, but much faster and offers higher resolution on DSLRs. The Sony A1 is even more impressive, capable of firing 50 megapixel RAW frames at 30 frames per second.

Perhaps the sharpest display of stacked sensor power is Nikon’s new flagship Z9. You can use the electronic shutter to shoot RAW 46 megapixel images at 20fps, and there is no mechanical shutter. By comparison, Nikon’s flagship product, the D6 DSLR, can process 14 RAW images per second, but at 21 megapixels, it’s less than half the resolution.

The viewfinder issue has also been significantly resolved. Not long ago, mirrorless EVFs were slow, low resolution and often choppy, but shared problematic issues with DSLRs. When I took the picture, the viewfinder went black. Currently, all three models above feature a smooth refresh rate for sharp, fast OLED display switches from at least 120Hz up to 240Hz. And all provide power outage-free shooting in most conditions. All of this undoubtedly provides professionals with a better view than an optical viewfinder.

Finally, cameras like the Nikon Z9 and Canon R3 are as rich as the DSLR’s compatible cameras and control them for control. And if you need a non-giant, professional camera, Sony offers smaller, easier-to-use cameras like the A1 and A9.

However, the battery life of the mirrorless camera next to the DSLR is still an issue. The Nikon D6 can take 3,580 huge shots on a single charge, but the Z9 has a CIPA rating of 770, which is a very high value for a mirrorless camera. For the time being, mirrorless is always at a disadvantage, but things are improving.

These significant improvements, improved EVF, and better handling of stacked sensors allow mirrorless models to work perfectly with DSLR cameras. However, in almost every other category, it’s actually better.

Take autofocus. While DSLRs have a fast dedicated phase detection AF sensor, mirrorless models have many phase detection pixels directly on the main sensor. For Canon, all pixels are used for AF. This, in theory, allows for faster and more accurate autofocus.

With hybrid pixels that detect phase and contrast directly on the sensor, the latest mirrorless cameras outperform AI Smart. In most cases, you can use humans, birds, animals, cars, etc. to detect subjects, faces, and eyes. This is especially useful for action photography that tracks fast-moving subjects. This is the area where reflective cameras have traditionally been the mainstream. And with the latest processors and stack sensors, these features will eventually be enough for real professional shooting.

As mentioned earlier, some of the best mirrorless cameras eliminate the viewfinder power outages that plague DSLRs. Stacked sensors also significantly reduce rolling shutters, which can lead to photo instability and distortion. Now you can shoot fast-moving subjects. For example, if you are working in a golf tournament, you have the advantage of being silent.

Perhaps the biggest benefit is video. Photographers from many different disciplines are required to do it in addition to photography, whether at a wedding or at a major news or sports institution.

DSLRs like Canon’s 5D help drive the tendency to shoot high quality video with consumer cameras, and modern models like the 1DX III can handle video well. However, in general, mirrorless models are better. The Nikon Z9, Canon R3 and Sony A1 can withstand most cinema cameras and pose a true double threat. This is due to the incredible video autofocus system, resolutions up to 8K, RAW video capture, and top-notch audio capabilities.

On top of that, most mirrorless cameras (unlike DSLRs) have in-body image stabilization, so you don’t have to worry about the lens having that feature. Also, lenses designed for mirrorless cameras tend to be smaller, lighter, and optically better because the back is closer to the sensor.

Finally, with the decline in the camera market initiated by smartphones, it doesn’t make much sense for manufacturers to build both DSLR and mirrorless cameras. Currently, they seem to be focusing on one technology from a profitability perspective.

Photographers may be saddened that DSLRs appear to be nearing the end of the road. Especially if you just bought a DSLR. But don’t panic yet. Nikon and Canon seem to have stopped designing new DSLRs and lenses, but will continue to manufacture and sell existing models.

The key to driving this is not only to catch up with mirrorless cameras, but also to quickly blow away reflective mirror technology. For example, Sony recently announced a new sensor that can collect twice as much light as the current stack sensor. This enables high-speed shooting even in dark places. We also expect much faster image processors, better EVFs, and smarter AF systems in the near future.

In other words, future mirrorless technology can make you forget that your digital camera had a mirror inside. That way, we may only be able to see them in their original glory – there is a roll of film inside.