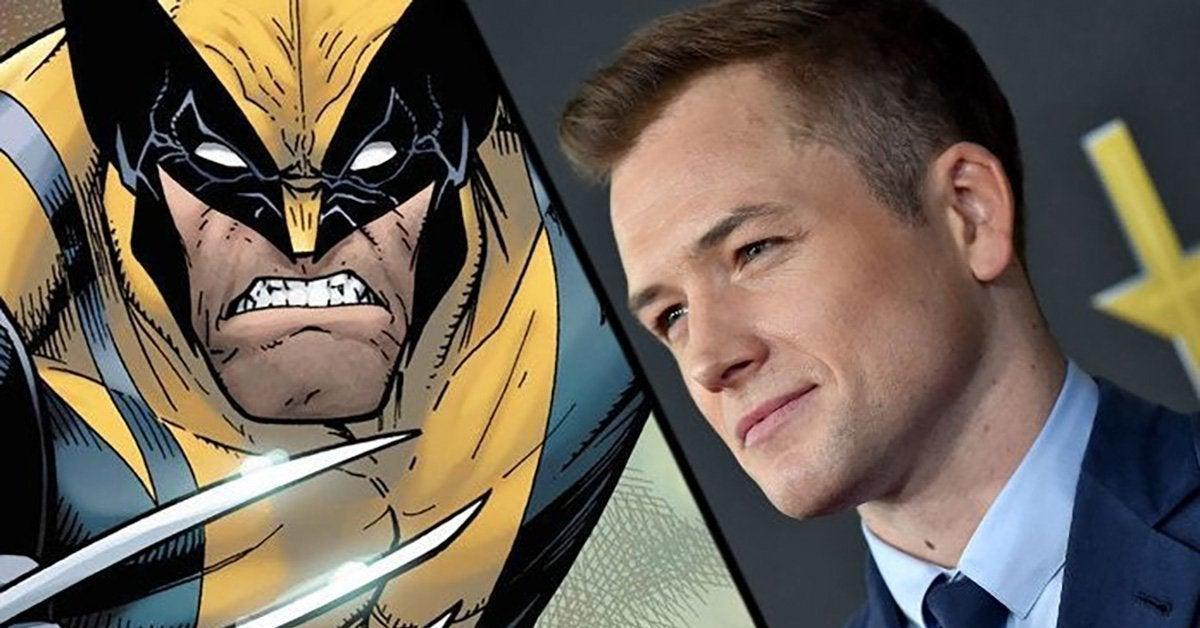 Marvel Studios recently began integrating mutants into the Marvel Cinematic Universe with Mrs. Marvel and Doctor Strange in the multiverse of madness. Fans have been waiting for the X-Men to show up in some form to team up with the Avengers. One name still being tossed around to replace Hugh Jackman as Wolverine is Taron Egerton. The actor was a fan favorite to play Weapon X due to his height and acting chops, and now he’s been transformed into the character. One Marvel fan created a cool concept showing Egerton as Wolverine from the MCU.

An artist on Instagram who goes by @Clements.Ink has revealed a new piece of fan art showing Egerton as the next Wolverine. The actor gets Wolverine’s classic look with a black and yellow costume, but the artist chooses to give him stubble instead of mutton chops. You can check out the X-Men fan art below!

Egerton previously hinted at having meetings with Marvel Studios when asked about those Wolverine fans. The actor gave some rather vague answers, but it’s definitely safe to say that he’s looking for a role in the MCU. During a recent interview with The New York Times, the actor played coy about the fan cast.

“I don’t think it would be wrong to say that,” Egerton said. “I’ll be excited, but I’ll also be scared because Hugh [Jackman] is so associated with the role that I would wonder if it would be very difficult for someone else to do it.”

Back in August, Jackman shut down the idea of ​​returning to the role he made so iconic. In an interview with Jakes Takes, the actor revealed that he had no discussions with Kevin Feige.

“I hear about this from you [Hamilton], and there’s nothing in my inbox from Kevin Feige means it’s probably, no matter what idea I come up with, not on the table,” he explained. “Let’s just be clear that, but now , I realized, before we shot Logan, I was like, we have the idea. We knew what it was going to be, right? And I thought that was it. And it really helped me, it really helped knowing going into my last season, that it was my last season that I made the most of it. And it’s still a character I hold close to my heart. But I know it’s over. Tell whoever you want. Please tell Ryan [Reynolds]. Because he’s like, don’t believe anything, I’m just kidding, please.”

While it will likely be some time before we see Wolverine back on the big screen, Marvel Studios’ most recent film was Thor: Love and Thunder. The studio describes the film as follows: “The film finds Thor (Chris Hemsworth) on a journey unlike anything he has ever encountered – a search for inner peace. But his retirement is interrupted by a galactic killer known as Gorr the God Butcher (Christian Bale) ), who seeks the extermination of the gods. To combat the threat, Thor enlists the help of King Valkyrie (Tessa Thompson), Korg (Taika Waititi) and ex-girlfriend Jane Foster (Natalie Portman), who – to Thor’s surprise – inexplicably wields his magical hammer, Mjolnir, as the Mighty Thor, together they embark on a harrowing cosmic adventure to uncover the mystery of the God Butcher’s revenge and stop him before it too late.”

The film is directed by Taika Waititi and will star Chris Hemsworth as the title character, Tessa Thompson as Valkyrie, Natalie Portman as Jane Foster/Mighty Thor, Russell Crowe as Zeus, Jaimie Alexander as Lady Sif, Chris Pratt as Peter Quill/Star Here, Sean Gunn as Kraglin, Dave Bautista as Drax the Destroyer, Karen Gillan as Nebula and Christian Bale as Gorr the God Butcher. In addition to directing, Waititi will also reprise his role as Korg.

Thor: Love and Thunder is in theaters now!

What do you think of Taron Egerton as Wolverine? Let us know your thoughts either in the comments section or through hit up our writer @NateBrail on Twitter!